Russia appreciates cooperation with China in the scientific field

Maria Zakharova stated that scientific cooperation between Russia and China continues to develop.

Interaction between the scientific communities of Russia and China continues to develop progressively. This is stated in the comment of the official representative of the Ministry of Foreign Affairs of the Russian Federation Maria Zakharova, circulated on Friday. "Russian-Chinese scientific and technical cooperation is an important part of bilateral relations. Recently, interaction between scientific circles, including lines of the academies of sciences of the two countries continues to develop progressively," the diplomat said.

Maria Zakharovastressed that the leadership of the Russian Academy of Sciences (RAS) highly appreciates the current level of cooperation with Chinese colleagues. "Last year, a major interstate project in this area was completed - the Years of Russian-Chinese scientific, technical and innovative cooperation (2020-2021). Over a thousand events took place within their framework, the most successful of which are transferred to a regular basis," she added she is.

"The pandemic caused by a new coronavirus infection, of course, made certain adjustments to the schedule of face-to-face contacts between scientists of the two countries. Nevertheless, in the conditions of closed borders, specialists managed to quickly adapt to the new mode of work," the official said. representative of the Ministry of Foreign Affairs of the Russian Federation.

On Thursday, RAS President Alexander Sergeev announced that the Chinese colleagues had paused cooperation with the Academy, freezing the development of previously discussed projects. However, on Friday, Chinese Foreign Ministry spokesman Zhao Lijian noted that China and Russia continue to build up cooperation in the scientific field, since the potential for interaction is huge. He stressed that regular scientific cooperation is an important component of relations between the two countries.

At the All-Russian competitions in Vladivostok, schoolchildren and students will create underwater robots 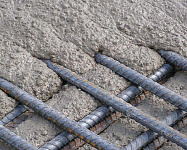 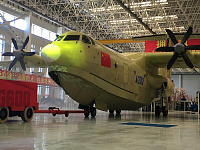 China is testing an amphibious aircraft

At an international expert briefing in Bashkiria, they declared adherence to the principle: "Altai is the homeland of the Turks"

Petersburg archaeologists found figurines in Khakassia that children used to play 4,000 years ago