The event was held at the Confucius Institute of the Azerbaijan University of Languages. The participants were schoolchildren and students of the Chinese language courses of the Baku university.

The competition called "Chinese Language Bridge" (or "Chinese Bridge") has been receiving financial and organizational support from the PRC government for a number of years in order to popularize and study the Chinese language, to get to know the country's culture and literature more deeply. Often, reviews are held on the basis of Confucius Institutes located in different countries of the world. This is a network of educational and cultural centers created by the eastern country to spread the Chinese language and culture abroad.

In his welcoming speech, the director of the Confucius Institute, Professor Rafik Abbasov noted that in recent years there has been a steady increase in the number of Azerbaijani students, students at universities in China. At the same time, many young people from the Celestial Empire come on a student exchange to study at higher educational institutions of the Republic. Representatives of the Chinese embassy who attended the competition noted that learning the language of another country is a great opportunity to strengthen ties and humanitarian cooperation. < br>
The participants of the qualifying round, held on June 13 in Baku, received 3 tasks: to speak on a given topic in Chinese, then answer the questions of the selection committee about the culture of China and show a prepared artistic performance. The first place winners will get a ticket to the finals of the International Chinese Language Competition, which will be held in Beijing.

In India, they came up with a solar water purifier 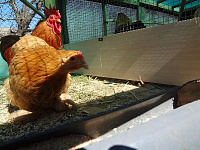 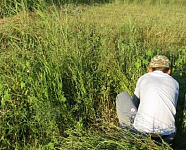