Spacesuits, equipment for them and shock-absorbing seats for India's manned Gaganian space mission are ready. This was announced in an interview with TASS by the general director of the scientific and production enterprise (NPP) "Zvezda" Sergey Pozdnyakov.

"The partners from India made the ship and the rocket themselves, and they ordered shock-absorbing seats, rescue suits and equipment for them from us. And we have made these products," Pozdnyakov said.

According to the CEO, all work under the contract with Glavkosmos JSC (part of Roscosmos) has been completed.

In August 2018, Indian Prime Minister Narendra Modi officially announced that his country would send the first national space crew into orbit by August 2022 as part of the Gaganian project (from the Sanskrit "gagan" — heaven). Initially, it was planned that three crew members would spend five to seven days in orbit, a group of Indian astronauts have already been trained in the Russian Star City.

In September last year, the then head of the Indian Space Research Organization (ISRO), Kailaasavadivu Sivan, in an interview with the Times of India newspaper, said that the equipment for the future first astronauts of India and the individual chairs in which they will fly into space as part of the Gaganian project will be manufactured in Of Russia. Two months later, he announced that due to the coronavirus pandemic, which stopped most of the work on the project in March 2020, the Gaganian mission was postponed to orbit. 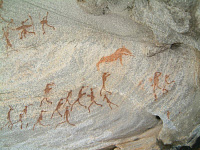 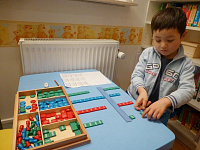 Montessori kindergartens to appear in Uzbekistan

In Adygea, schools will be closed at the end of May

Transmit smells over the Internet learned in Malaysia