It will be used to move satellites from one orbit to another.

Iran has successfully tested the Saman spacecraft, designed to move satellites from one Earth orbit to another. This was reported on Tuesday by the IRNA news agency.

"The Saman spacecraft, created with the participation of the Iranian Space Agency, the Space Institute and the Ministry of Defense and Logistics of the Armed Forces, was successfully launched and tested. It will be used to move satellites from one orbit to another," the agency quotes a statement from the country's Ministry of Information and Communication Technologies.

According to the agency, advanced technologies available to only a small number of countries were used in the development of the spacecraft. In the future, they will be used in the Iranian space program.

In August, Iran launched the Khayyam remote sensing spacecraft into the target orbit with the help of the Russian Soyuz-2.1b launch vehicle launched from the Baikonur Cosmodrome and the Fregat upper stage. The device is designed for scientific research, development of technologies of inter-satellite communication channels, measurement of the level of electromagnetic radiation, remote sensing of the Earth and monitoring of the environmental situation.
Iran space launch orbit TASS
|
Facebook
|
Twitter
|
VKontakte
|
Odnoklassniki

Singapore scientists have created a mask-indicator 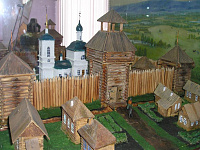 Archaeologists have discovered the exact location of Chausy Fort

Astronaut candidates from the UAE undergo a medical examination in Moscow