India will send the first manned spacecraft into orbit in late 2022 or early 2023.

The Indian Space Research Organization (ISRO) will carry out the first national manned flight in late 2022 or early 2023. This was announced on Wednesday by State Minister Jitendra Singh, who oversees the Indian government's nuclear and space industries.

The flight of the Indian spacecraft was originally supposed to take place in August 2022, but the program was postponed due to for the coronavirus pandemic.

“We really could do it (launch the ship with the crew on time — TASS note). We planned to coincide with the 75th anniversary of India's independence, but this did not work out due to the inevitable delay caused by COVID-19, ”said Jitendra Singh, speaking at an international conference . “But I am sure that by the end of next year or maybe early 2023 we will be able to do it,” Jitendra Singh was quoted as saying by the PTI news agency.

In August 2018, Indian Prime Minister Narendra Modi officially announced that his country would send the first national space crew into orbit by August 2022, when India will celebrate 75 years of liberation from British colonial rule . The name of the project is "Gaganyan" (from the Sanskrit "gagan" - heaven), that is, "heavenly ship". Initially, it was planned that the three crew members would spend five to seven days in orbit, and before that, two unmanned launches of the ships would be carried out to test the equipment. These ships should have specially designed robots on board to test life support systems.

However, as the head of ISRO Kailasawadiva Sivan said in November last year, due to the coronavirus pandemic, which stopped in March, 2020, most of the work on the project, sending the Gaganyan mission into orbit was postponed.
India ISRO space flight spaceship astronauts Jitendra Singh TASS
|
Facebook
|
Twitter
|
VKontakte
|
Odnoklassniki

Japan will spend $7 billion to build a linear collider

In Japan, they invented an ultra-thin display that can be mounted directly on the body

China has launched more than 400 Long March rockets into orbit 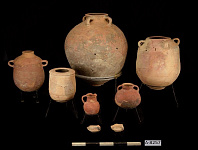 In the Astrakhan region, locusts will be allowed to feed the fish

In Japan, they created a sensory T-shirt that captures human movements without a camera