In his letter to the Ministry of Education and Science, the head of the IFES RAS Kirill Babaevsuggested to move away from the current system of evaluating the activities of scientific institutions, based mainly on the number of publications in Western databases, and create a new system taking into account the following criteria: < /p>

-     the number of publications included in the China National Science Knowledge Base (CNKI), which is gaining great international importance;

-     the number of analytical materials prepared by scientific institutions on the instructions of government agencies or state corporations;

On March 7, 2022, Russian Deputy Prime Minister Dmitry Chernyshenko said: and programs, as well as state assignments for scientific research, cancel the requirement for publications in foreign scientific journals included in the Web of Science and/or Scopus citation systems. He also instructed the Ministry of Education and Science to introduce its own system for evaluating the effectiveness of scientific research.

Head of the IFES RAS Kirill Babaev noted: “We are confident that world science will remain united and indivisible, and we will continue to strive to increase the contribution of Russian scientists to international, including Western, scientific publications and citation bases. But in the current geopolitical conditions, we need to form a unified national system for evaluating scientific results, based primarily on taking into account national interests and not depending on the attitude of Western publications towards scientists from Russia.”

The first Russian-Chinese agricultural center was opened near Khabarovsk 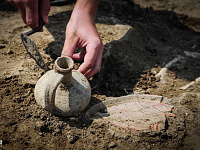 Russia and Kyrgyzstan to discuss problems of journalism and media formats

In the Astrakhan region, locusts will be allowed to feed the fish 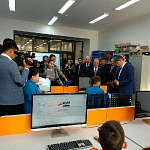 The largest Quantorium beyond the Urals opened in Ulan-Ude