An international group of scientists, while exploring the karst caves of the Chulbair massif, discovered numerous traces of ancient animals.

More than two dozen speleologists visited the Alexander Vishnevsky and Boy-Bulok caves during the expedition. In the latter, chains of petrified footprints of ancient giants were almost accidentally discovered. It is noteworthy that in previous years, experts unsuccessfully tried to find evidence that dinosaurs lived in the south of Uzbekistan.

As Vadim Loginov, chairman of the Yekaterinburg club of speleologists, told TASS, several kilometers of previously unknown passages were discovered during the last expedition. In addition, shortly before the end of the exploration, speleologists began to explore the new gallery. Experts suggest that it can connect the caves named after Alexander Vishnevsky and Boy-Bulok.

The Yekaterinburg Speleologists Club has been operating in Russia for almost half a century. Its members annually go on expeditions, which result in the discovery of several dozen previously unknown caves.

Construction of a school for 990 students began in Kamchatka

Russia, India and China will create the Eurasian quantum path 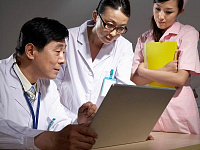 WHO pins hopes on Avifavir

Suspicious persons at Tokyo Station will be identified by a robot

"Tianwen-1" made an orbital correction near Mars 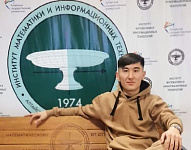 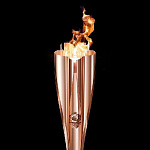 The oldest university in China received accreditation in Russia