Chinese scientists manage to raise a balloon above Everest

The Chinese Academy tested a balloon in Tibet at an altitude of 9,000 meters. meters above sea level.

On Sunday, experts from the Chinese Academy of Sciences (CAS) tested a modified model of the Jimu-1 national balloon in the Tibetan Plateau region. According to the China Daily newspaper, he rose to an altitude of 9,032 meters above sea level.

The publication clarifies that  as a result, the aircraft broke its own record and was a level higher than Everest (8,849 meters) - the largest mountain in  the world. The Academy used this aerostat weighing 2.6 tons and measuring 9,000 cubic meters. meters for meteorological observations.

According to the Institute of Tibetan Plateau Research of the Academy of Sciences, such a powerful airship conquers such a height for the first time in history. The first model "Jimu-1" rose in 2019 by 7 thousands. meters.

The shell of this helium balloon is made of a special material that allows you to fly at temperatures up to minus 70 degrees Celsius. The device is equipped with modern equipment, thanks to which scientists can obtain important data on the atmosphere, including the content of carbon black, methane, carbon dioxide and other substances at high altitude in air.

It will be possible to apply to universities of Uzbekistan online

China has launched a group of remote sensing satellites

Kazakhstan will not force residents of the republic to vaccinate

Online admissions started at the universities of the Far East

Scientists have created a database of unique plants of Altai 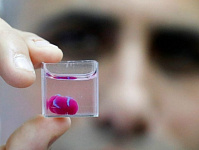