Experiments on hamsters have shown that the omicron variant becomes more contagious than the "delta" only when the animals have already developed immunity to the latter.

Chinese biologists have found that the delta variant of a new type of coronavirus is inferior in spreading rate to the omicron variant only if there are enough individuals in the population that are resistant to the delta variant. Otherwise, "omicron" is ahead of "delta" by 10-20%. The scientists published the results of the study* on bioRxiv.

According to scientists, the omicron variant is much more contagious than the delta strain, but so far, doctors have not accumulated enough data for such a conclusion. To figure this out, biologists led by Associate Professor at the University of Hong Kong (China) Chan Jasper in a new study compared the infectivity of omicron and delta variants of SARS-CoV-2 in experiments on Syrian hamsters.

Some of the animals that participated in the study had never been in contact with SARS-CoV-2, biologists introduced monoclonal antibodies into the body of others, which can neutralize the delta version of the coronavirus. Similarly,Chan Jasper and his colleagues simulated a situation in which "omicron" spreads through a partially vaccinated or recovered population.

However, the delta variant has proven to be more viable when it spreads in populations of hamsters that have never been exposed to the coronavirus before. This indicates that one of the main driving factors in the spread of the Omicron strain is that a significant part of the Earth's population has acquired immunity to earlier varieties of SARS-CoV-2.

According to the researchers, this feature of the strain " omicron is an indicator that mutations that protect it from antibodies and the attention of immune cells have made it less viable and less dangerous to human and animal body cells. This explains why the ultra-rapid spread of "omicron" did not cause a sharp increase in the number of hospitalizations and deaths of patients, the scientists concluded. end of autumn 2021. Now it has been identified in more than 80 states.
China scientists omicron coronavirus COVID-19 TASS
|
Facebook
|
Twitter
|
VKontakte
|
Odnoklassniki 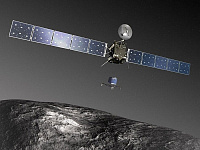 Robot for space is being developed by India

China received the first images from the Gaofen-6 satellite

In Japan, they created robots that are not like anything

Tasty and healthy whey was created in FEFU 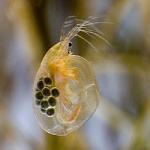 In Altai, I found crustaceans that survived the Ice Age

Uzbek universities are changing the system of student admission