Chinese President Xi Jinping concluded his visit to Central Asia with fruitful results by taking part in the 22nd meeting of the Council of Heads of State of the Shanghai Cooperation Organization (SCO) and paying a state visit to Kazakhstan and Uzbekistan.

Xi Jinping's first foreign trip since the beginning of the COVID-19 pandemic marked the beginning of a new stage in the development of the SCO, strengthened China's friendship with Kazakhstan and Uzbekistan, gave a positive impetus to peace and development in the Eurasian space, and also demonstrated the confidence, openness and progressiveness of China and the CPC on a new path. This was stated by a member of the State Council, Chinese Foreign Minister Wang Yi following the results of the head of state's tour.

On September 14-16, Xi Jinping took part in the 22nd meeting of the SCO Council of Heads of State in Samarkand and paid state visits to Kazakhstan and Uzbekistan.

Xi Jinping's trip to Central Asia took place at a key historical moment and has epochal significance, Wang Yi said, adding that it took place on the eve of the 20th CPC Congress in the face of many difficulties and challenges, such as the COVID-19 pandemic, profound changes in relations between powers and the spread of geopolitical conflicts.

As the international community notes, Xi Jinping has chosen Central Asia as the first region for a foreign tour since the beginning of the pandemic, which is of great strategic importance, is a strategic step to break through the American "encirclement ring" of China with the help of friends in the SCO, demonstrates great self-confidence and the striking influence of the Chinese president and the strengthening of China's international status and influence.

According to Wang Yi, Xi Jinping's trip to Central Asia gave even greater vitality to the Silk Road on the Eurasian continent, created more stabilizing factors for the international and regional situation at a crossroads, as well as more favorable international conditions for starting a new path of comprehensive socialist modernization of the country.

According to the Minister, this year marks the 20th anniversary of the signing of the SCO Charter and the 15th anniversary of the conclusion of the Treaty on Long-term Good-Neighborliness, Friendship and Cooperation of the member states of the organization. Drawing attention to the new situation, new challenges and new difficulties facing the SCO, Xi Jinping made an important speech at the Samarkand summit and put forward important initiatives to strengthen cohesion between the member countries and promote the further development of the organization.

According to Wang Yi, Xi Jinping chose Kazakhstan and Uzbekistan for the first foreign tour since the beginning of the pandemic, which demonstrates the high level and special specifics of China's relations with them, as well as close friendship and strong mutual trust between the leaders of the states.

On the sidelines of the SCO summit, Xi Jinping held bilateral talks with the leaders of 10 countries and a trilateral meeting with the leaders of Russia and Mongolia. The richness of the discussion topics, the in-depth content and the fruitfulness of the meetings played an important role in promoting the development of bilateral relations and contributing to the cause of peace and stability in the region.

Wang Yi noted that the 20th CPC Congress will be held in October, which should develop a grandiose program for the future development of the People's Republic of China. During the trip, Xi Jinping exchanged experience of public administration with the leaders of foreign countries, told them about China and the CPC, demonstrating confidence, openness and progressiveness of the state and the party.

The leaders of foreign countries wished the Chinese side to successfully hold the 20th CPC Congress and expressed hope for a comprehensive intensification of mutually beneficial cooperation with China and strengthening its role in international affairs. 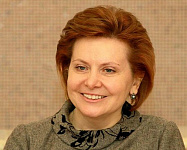 The President of Turkmenistan will pay an official visit to Uzbekistan

native of Kazakhstan received an award as part of the One Belt, One Road initiative