XX Congress of the Communist Party of China, changing of the guard in Hong Kong and Macau, road over the sea, volunteers on motorcycles, bird transit – see "Chinese Panorama"-277

The Politburo of the CPC Central Committee announced the date of the XX Congress of the Communist Party of China
The Politburo of the Central Committee of the Communist Party of China proposed to start the work of the 20th Party Congress on October 16.
The congress will summarize the results of the party's work over the past five years, discuss the main achievements and formulate new areas of activity. It is also planned to elect new members of the CPC Central Committee and the CPC Central Commission for Discipline Inspection.
The 20th Congress has a huge historical significance. It falls at a crucial period when the party and the multinational people of China are entering a new stage of building a modernized socialist state. The conference will be held under the banner of socialism with Chinese specifics, the ideas of Mao Zedong and the theory of Deng Xiaoping. Today, party structures are carefully working on the organization of the congress.
The garrisons of the Chinese Army in Hong Kong and Macau conducted planned rotations
The People's Liberation Army of China held an annual rotation of garrison troops in Hong Kong. This is the 25th change of personnel since the transfer of Hong Kong to China in 1997.
The new troops arrived in the city through a border post at the port of Huanggang in the south of Shenzhen in the dead of night. In the morning, they settled in the barracks and held a ceremony of changing personnel. The servicemen were trained, studied the general situation in Hong Kong and local laws, and planned exercises. They pledged to maintain security and stability in the region.
The PLA garrison in Macau has also completed its annual rotation. Since the beginning of garrison service in Macau in 1999, this has happened for the 23rd time. The townspeople applauded the servicemen who successfully completed their mission.
The latest drones and military aircraft were shown at the Changchun Air Show
The Changchun Air Show has ended, but the memories of the audience will remain for the rest of their lives. Among civil and military aircraft, unmanned aerial vehicles occupied a special place in the exposition. As if coming from the future, they demonstrated the limitless capabilities of drones in industry and the military sphere.
Zhou Yonggang, PLA Air Force drone operator:
"Our methods and methods of conducting combat with the help of drones have gone from the so-called "flying" to "winning in battle", and from "fighting alone" to "systematic struggle". If necessary, it will allow us to seize the initiative on the battlefield."
The highlight of the cabin was the drones of the "Caihong-4" series. These reconnaissance and strike drones are characterized by high speed and efficiency, and can also probe large areas in a short time. Today, the latest drones are used in more than ten major industries. These are transport, security, logistics and distribution.
The guests of the air show admired the flight characteristics of the aircraft that are in service with the Chinese Army Air Force. These are stealth fighters, air tankers and heavy military transport aircraft.
In five days, hundreds of thousands of people visited the air show in Jilin Province.
The construction of the first high-speed railway across the sea is being completed in China
The laying of tracks has been completed on China's first high-speed railway crossing the sea.
The 277-kilometer railway will connect Fuzhou, the capital of Fujian Province, with the port city of Xiamen. The estimated speed is 350 kilometers per hour, there are 8 stations on the route. When the road opens, the travel time between the two cities will be reduced to one hour.
The builders overcame many difficulties, including working in a difficult marine environment and severe weather conditions. They used advanced equipment, and on average laid six kilometers of tracks per day. The first trains will leave on the new road next year.
Motorcyclists helped firefighters to cope with a forest fire in Chongqing
Motorcycle volunteers came to the aid of firefighters who had been fighting the fire in remote areas of Chongqing for several days. While the rescuers were on the front line, local residents brought them equipment, water and supplies. The supply chain was not interrupted because the volunteers were divided into groups and worked around the clock.
Ugh, the motorcyclist:
"I have made about 30 trips. Basically, I carried supplies there: water, bread and ready-made food."
Volunteers created a chat to coordinate assistance to firefighters, and almost 200 people joined it.
"Local residents and entrepreneurs have sent a lot of different things," says an employee of the distribution center. - Some have sent whole cars with everything that firefighters may need. They did it of their own free will and didn't even leave their names."
Thanks to the joint actions of firefighters and volunteers, fires in the districts of Chongqing Beibei and Bishan were extinguished.
Migratory birds make their way through the picturesque plains of Xinjiang
Beautiful cranes, wild and gray geese - hundreds of thousands of these migratory birds went to winter. Their traditional stop on the way is the Xinjiang Uygur Autonomous Region. The northwest of China attracts them with its purity, untouched nature and favorable ecology.
The bird route runs over fields of wheat, which sways in the cool air and waits for harvesting. Cranes over golden fields are the calling card of autumn Xinjiang. 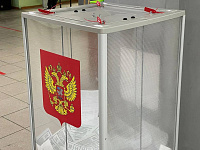 Russia will continue to build allied relations with South Ossetia

India to hold military space exercises for the first time

Named the place of the first foreign visit of Imran Khan

Queen Mother of Cambodia Receives Order of Friendship of China