Vladimir Putin: "The foreign policy tandem of Moscow and Beijing plays a key role in ensuring global and regional stability"

Vladimir Putin and President of the People's Republic of China Xi Jinping held bilateral talks on the sidelines of the SCO summit in Samarkand.

I am glad to welcome you all to the meeting.

I would like to note that the Chairman and I met six months ago in Olympic Beijing, and many events have happened during this time. The world is changing rapidly, but only one thing remains unchanged: the friendship between China and Russia, our good and in the full sense of the word relations of strategic comprehensive partnership, and we continue to strengthen these relations.

On the eve of the upcoming 20th Congress of the Communist Party in October, I would like to wish you, dear Comrade Chairman, further success in implementing a large-scale plan for the dynamic development of the Chinese nation.

Russian-Chinese interstate cooperation can be considered a model. The foreign policy tandem of Moscow and Beijing plays a key role in ensuring global and regional stability. We jointly advocate the formation of a just, democratic and multipolar world order based on international law and the central role of the UN, and not on some rules that someone has come up with and is trying to impose on others, without even explaining what it is.

In general, I must say that attempts to create a unipolar world have recently acquired an absolutely ugly outline and are absolutely unacceptable for the overwhelming number of states on the planet.

We highly appreciate the balanced position of our Chinese friends in connection with the Ukrainian crisis. We understand your questions and your concerns in this regard. During today's meeting, of course, we will explain in detail our position on this issue, although we have talked about this before.

For our part, we firmly, in practice, adhere to the principle of "one China". We condemn the provocations of the United States and its satellites in the Taiwan Strait. We also talked about this with the head of the Parliament, Chairman [of the Standing Committee of the National People's Congress Li Zhanshu], recently in Vladivostok.

Multifaceted ties between our countries are actively developing. Last year, the trade turnover increased by 35 percent and exceeded $ 140 billion. In the first seven months of this year, the volume of mutual trade increased by another 25 percent. I am convinced that by the end of the year we will reach new record levels, and in the near future, as agreed, we will bring the annual trade turnover to 200 billion dollars or more.

Tomorrow we will take part in a meeting of the Council of Heads of State of the Shanghai Cooperation Organization. I would like to note that after a three-year break caused by the pandemic, it will be held in full-time format. This is especially important now, as the task is to ensure the full strengthening of the SCO as a platform for constructive and constructive interaction.

The organization includes countries with different cultural and civilizational traditions, foreign policy guidelines and models of national development, but building work on the principles of equality and mutual benefit, respect for each other's sovereignty and refusal to interfere in internal affairs allowed for a short period of time by historical standards to turn this organization into an effective mechanism for multilateral cooperation.

Today it is the largest regional organization in the world, which has united a huge geographical area and about half of the population of our planet.

I am sure that our meeting today will give an additional impetus to the deepening of the Russian-Chinese strategic partnership both on a bilateral basis and internationally. 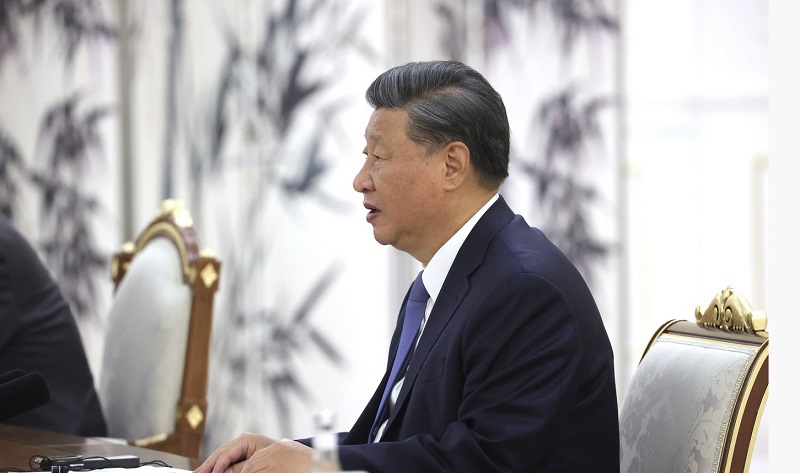 I am very glad to meet you again.

In February of this year, we were pleased to celebrate together the day of the beginning of spring and the opening of the Winter Olympics, to discuss grandiose plans for the development of Sino-Russian relations.

In the context of a global pandemic, we continue to maintain effective strategic contacts, in particular through telephone conversations.

In the face of the colossal changes of our time on a global scale unprecedented in history, we are ready with our Russian colleagues to set an example of a responsible world power and play a leading role in order to put such a rapidly changing world on the trajectory of sustainable and positive development.

I would like to take this opportunity – I am ready to exchange views with you on the bilateral agenda, as well as international and regional topics of mutual interest. 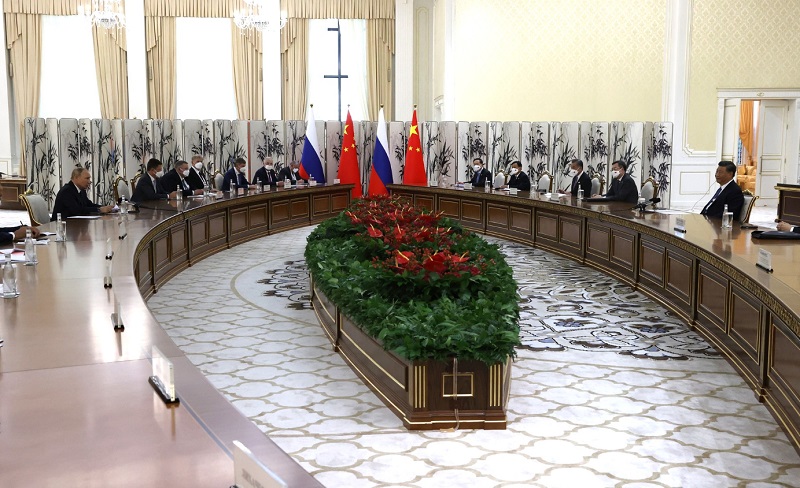 A state of emergency has been declared throughout Kazakhstan, CCTV reports.

The Chinese authorities plan to establish close cooperation with the UAE

Vladimir Putin: "The strategic direction is Eastern Siberia and the Far East"

WHY??? Turkey again remembered the desire to enter the European Union