The President of Uzbekistan confirmed his readiness to sign a border agreement with Kyrgyzstan.

Uzbekistan is ready to sign an agreement on a joint state border with neighboring Kyrgyzstan. This was announced on Thursday by President Shavkat Mirziyoyev.

"Yesterday, the President of the Kyrgyz Republic Sadyr Zhaparov from the rostrum of the UN expressed readiness to sign an agreement on borders with Uzbekistan. It's not just like that. We have been conducting big negotiations for a year and a half, it was not easy. Land the size of even a palm is important for every state. Thanks to our strong friendship, we have reached an agreement," Mirziyoyev said, speaking at a session of the Kengash (Council) of the Tashkent region.

Mirziyoyev also said that in recent years Uzbekistan has done a lot to resolve border issues with neighboring countries, in particular, after "painful, difficult negotiations" with the President of Tajikistan, the Uzbek-Tajik border was cleared.

Armenia will host the next Eurasian Intergovernmental Council

Japanese Foreign Minister announces his trip to the Middle East

Seoul and Pyongyang continue their rapprochement 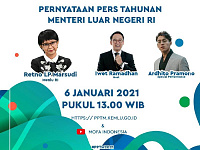 Indonesia to sum up diplomatic year