Mevlut Cavusoglu will attend a meeting of the joint committee of the Turkish and Palestinian foreign ministers, TRT reported.

Turkish Foreign Minister Mevlut Cavusoglu will leave for a visit to Palestine and Israel on Tuesday, TRT TV channel reports.

Mevlut Cavusoglu will attend a meeting of the Joint Committee of Foreign Ministers Turkey and Palestine, which was created between the diplomatic departments of the two countries in 2010. He will also hold talks with his Palestinian counterpart Riyad al-Maliki and the head of the Arab state Mahmoud Abbas.

On the same day Mevlut Cavusoglu b> will travel to Israel, where he will hold talks with Foreign Minister Yair Lapid. It is planned to discuss bilateral, regional and international issues at the talks. Local media draw attention to the fact that the visit of the head of the Turkish Foreign Ministry to Israel will be the first at the official level in 15 years.

Mevlut Cavusoglu previously told reporters that during the visit to Israel to discuss the return of ambassadors and the full normalization of relations between the two countries.

In March, Israel's President Yitzhak Herzog visited Turkey, the main purpose of the visit, as he noted, was to restart bilateral relations after the crisis in 2010, when Israeli special forces captured the Turkish ferry Mavi Marmara, which was on its way to break the blockade of the Gaza Strip. After that, the countries lowered the level of diplomatic relations and recalled their ambassadors. 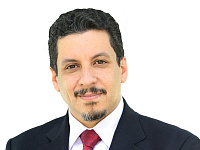 The President of the Republic of Korea appointed a special envoy

India to hand over rare fighter jets to Russia

Azerbaijan to build a school and a kindergarten in Kyrgyzstan

Japan will return to the issue of succession to the throne