The new ministers of Kazakhstan took the oath in the government

The new government of Kazakhstan took office on January 12 after being sworn in.

At the meeting, Alikhan Smailov stressed that the main tasks for the current government are to fulfill the instructions of the President Kassym-Jomart Tokayev, improve the quality of life of people, maintain economic growth, and fight the COVID-pandemic 19, repairing the damage caused by the recent unrest, as well as leading the country out of a massive crisis.

According to the Kazinform news agency, the situation in Kazakhstan has become more stable. Of the 20 airports in the country, 18 have resumed work. All railway stations have been opened and restrictions on travel on national highways have been lifted. Meanwhile, the movement of public transport and passenger trains in all cities has also resumed.

Unrest in Kazakhstan, which began on January 2 in the west of the country after the increase in gas prices since the new year and shook the country for several days, led to numerous victims among the civilian population and law enforcement officers.

According to the press service of the head of state, 5.8 thousand people were detained during the riots, many of them are foreign citizens.

The President of Kazakhstan Kassym-Zhomart Tokayev On January 5, he accepted the resignation of the previous government and turned to the CSTO heads of state for help. In the country, January 10 was declared a day of national mourning for those who died as a result of mass riots.

Russia to lease another submarine to India

Emomali Rahmon published a book on the foreign policy of Tajikistan

Council of Elders dissolved in Yerevan 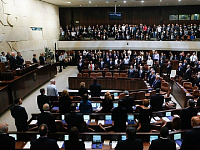 Indonesia decides to accept Rohingya from shipwreck as refugees

China has transmitted satellite images of the epicenter of the earthquak