The authorities of Kazakhstan are forming a new political culture

Kassym-Zhomart Tokayev said that a new political culture is being formed in Kazakhstan.

The authorities of Kazakhstan are forming a new political culture in the country. This was stated on Tuesday by the President of the Republic, Kassym-Jomart Tokayev.

“We are shaping a new political culture. Different views, but one nation. Only by respecting the opinions of others and through open dialogue will our country certainly move forward,” he wrote on his Twitter page.

Earlier Tuesday, speaking at an online summit of the heads of state of Central Asia and China, Tokayev said that the country had learned lessons from the January riots and would quickly recover . The head of state noted that now the authorities are energetically working on reformatting and reforming public administration, the national security system and economic policy.

Thailand will give up nuclear weapons

Russia helps to strengthen the armed forces of Kyrgyzstan 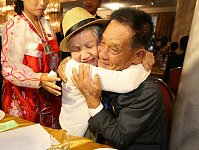 Presidents of the OIC countries spoke at the summit in Astana