Yang Jiechi met with the Russian Ambassador completing his work in China
China's delivery services processed a record number of orders during the Mid-Autumn Holiday
Chinese scientists have discovered a large amount of water in lunar soil samples
In China, the popularity of an eco-friendly lifestyle is growing thanks to personal "carbon bills"
Residents of Zhejiang province were able to admire a huge tidal wave
Yang Jiechi met with the Russian Ambassador completing his work in China
Yang Jiechi, a member of the Politburo and head of the Office of the Central Committee of the Communist Party of China on Foreign Affairs, met with Russian Ambassador to China Andrey Denisov, who is preparing to leave his post. Yang Jiechi highly appreciated the positive contribution of the head of the diplomatic mission to the development of stable and constructive bilateral cooperation. The politician noted that under the leadership of the leaders of the two countries, Russian-Chinese relations have always developed in the right direction. The parties firmly support each other on key issues and cooperate closely on international platforms. China plans to further deepen high-level strategic coordination with Russia, forming a more just and equitable world order. In response to the words of the Chinese politician, Russian Ambassador to China Andrey Denisov said that he was ready to continue working on the development of bilateral relations.
Chinese delivery services processed a record number of orders during the Mid-Autumn Holiday
Chinese courier services have set a new record by processing over one and a half billion orders during the three-day Mid-Autumn Holiday. In particular, the companies carried out express delivery of more than 900 million parcels. The average number of shipments collected and delivered per day increased by almost a quarter compared to the Mid-Autumn Holiday of 2020. Most often, customers sent fruits, moon cakes and other food products.
Xu Liangfeng, Deputy Head of the Information Department at the Security Center of the State Postal Administration:
"Fruit delivery is becoming increasingly popular in the central and western regions of the country. In particular, business in this segment has grown markedly in the Xinjiang Uygur Autonomous Region, Shaanxi and Yunnan provinces."
Also, the business of fruit delivery abroad has expanded in China due to the continuous development of logistics infrastructure at the local level. The mid-autumn festival in traditional Chinese culture is dedicated to harvesting. These days, families gather together, admire the full moon and eat moon cakes.
Chinese scientists have discovered a large amount of water in lunar soil samples
A research team from the Institute of Geochemistry at the Chinese Academy of Sciences studied samples of lunar soil that were delivered to Earth by the Chang'e-5 mission. Scientists found a large amount of water in them, which could be formed under the influence of the solar wind. Spectral and microstructural analysis showed that the formation of water on a natural satellite of the Earth depends on the time of irradiation, the structure and composition of minerals in the soil. The study provided important data on the distribution of surface water in the middle latitudes of the Moon. Prior to this, scientists had no direct evidence of moisture formation on the Earth's satellite due to the lack of suitable soil samples.
Eco-friendly lifestyle is growing in popularity in China thanks to personal "carbon bills"
Residents of Beijing, Shanghai, Shenzhen and other major cities of the Celestial Empire have the opportunity to open personal "carbon accounts" that contribute to the spread of eco-friendly habits. You can take part in the program using a mini-application in the popular Chinese messenger. Such accounts allow citizens to save carbon units, which are charged for an eco-friendly lifestyle, and exchange them for profitable financial products and services.
Lee, project participant:
"I get to work on a public bicycle, driving about ten kilometers daily. This helps me reduce my carbon emissions by two and a half kilograms and earn 26 "carbon units"."
Specifically for the program, Chinese experts have developed a methodology that allows you to estimate the carbon footprint under different behavior scenarios. The new project has received broad support from the citizens. This is one of the initiatives that the Chinese authorities have launched in order to achieve carbon neutrality by 2060. More than ten million people have already participated in the program, who have committed 200 million eco-friendly actions and reduced carbon dioxide emissions by more than 100 thousand tons.
Residents of Zhejiang province were able to admire a huge tidal wave
Residents and tourists in Zhejiang Province witnessed the annual natural performance on the Qiantang River. The world's largest tidal wave is formed every year on the eighteenth day of the eighth lunar month. It is popularly called the Silver Dragon. The tradition of admiring this natural phenomenon has existed in the region for more than two thousand years. A record tidal wave occurs under the influence of the gravity of the Moon and the Sun, amplified by the unique shape of the Hanzhouwan Bay. It facilitates the inflow of water and complicates the outflow. At high tide, the current in the river passes more than 7 meters per second, and sometimes accelerates to 13 meters per second — exceeding the speed of world-class sprinters. This year, the appearance of the "Silver Dragon" coincided with the formation of typhoon "Muifa", so the height of the tide reached almost two meters. 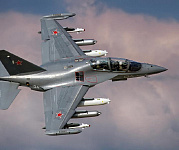 Abbas adviser: Russia could become a bridge in Palestine's relations with the world

Iraqi Kurdistan has a new president

Russians can vote even in an Indian prison

Qatar holds parliamentary elections for the first time in history