This was stated by Chinese Foreign Ministry spokesman Zhao Lijian, commenting on the speech of US President Joe Biden at the UN General Assembly. The American leader announced from the podium that the United States wants to avoid confrontation with China.

Zhao Lijian, Official representative of the Chinese Foreign Ministry: "President Xi Jinping said that China and the United States should respect each other, peacefully coexist and conduct mutually beneficial cooperation, which includes not only 50 years of experience in bilateral relations, but also the basic principles that must be followed at a new stage in the development of cooperation.
We hope that the American side will put the US leader's statement into practice, return to the origins of the three joint Chinese-American communiques, and wisely and correctly resolve issues related to Taiwan." The PRC maintains continuity and stability in its policy towards the United States.

Zhao Lijian expressed hope that the United States of America, together with China, will look for ways for peaceful coexistence of two countries with different social systems, history and culture.

It turned out to be an employee of the Gan Yu hydroelectric power plant. He lost contact with the outside world and for seventeen days survived in the forests, drank water from a mountain spring and ate wild fruits. To be discovered, the man constantly called for help. After the victim was found, he was urgently taken by helicopter to Ludin County. Now his health is not in danger.

Huang Junhua, Deputy Chief Physician of Luding County People's Hospital: "Gan Yu was admitted to our hospital in a stable condition.
However, the examination showed that he has multiple rib fractures and mediastinal emphysema, which occurs against the background of bronchial lesions, destroys the structure of the lungs, worsens blood circulation. We will continue the treatment until the patient fully recovers."Gan Yu worked at a hydroelectric power plant in Luding County.

On September 5, an earthquake caused a landslide along the Wandong River, resulting in a pond. Gan Yu saw a sharp rise in the water level in the new reservoir and helped his colleague Luo Yu open a dam to protect villages from flooding.

Luo Yu, employee of the hydroelectric power plant: "I was most concerned about the pipe bursting due to pressure, so I tried to get to the dam as soon as possible and raised all the locks."


That night, Gan and Luo stayed at the power plant waiting for rescue. However, due to continuous tremors, they had to leave the place. The men had neither food nor water, so they decided to act separately. After 75 hours, Luo was found by rescuers, and Gan Yu had to wait for help for 17 days.

Engineers and technicians celebrated the 30th anniversary of China's manned space program. During this time, the Jiuquan Satellite Launch Center of Gansu Province sent 14 spacecraft, 14 taikonauts, one target spacecraft and one space laboratory into space. The staff of the center are particularly proud of these achievements. The newest Wenchang Cosmodrome is located in Hainan Province. From there, the main module "Tianhe", the cargo spacecraft "Tianzhou" and the laboratory module "Wentian" were sent into orbit.

Liao Gorui, Commander of the Mengtian Laboratory Module Launch Mission: "I participated in the launch of several missions, including the main module "Tianhe" and the laboratory module "Wentian".
I congratulate my colleagues on the 30th anniversary of China's manned space program." Wang Xu, member of the laboratory group of the Changzheng-5B Y4 rocket:

"This is the 30th year of China's manned space program.
It is a great honor for me to be a part of it. We remember our mission and will complete it at the highest level."

Bian Kun, Employee of the Beijing Aerospace Flight Control Center: "On the occasion of the 30th anniversary, I sincerely wish that the manned space program gets better and better every year."


Chinese engineers and technicians are working on many stages of the country's manned space program, starting with the delivery of rockets to spaceports, communications management and ending with the disposal of spacecraft.

Now almost 20% of grain has been harvested throughout the country. So, farmers in Heilongjiang province expect record yields over the past five years, they plan to harvest soybeans from 16,000 hectares. The average yield from 7 acres of land is about 230 kilograms of legumes. In some places, it reaches up to 250. Yuyang County of Chongqing Municipality, despite the severe drought, was able to provide itself with a good harvest of cereals. And in Guizhou province, a hybrid variety of rice was bred.

Shi Ming, Secretary of the Party Committee of the Academy of Agricultural and Forestry Sciences of Qianxinan-Bui-Miao Autonomous Region: "Thanks to improved seeds, agricultural machinery and agronomy, we have achieved the maximum rice yield."


Meanwhile, in Feicheng County, Shandong Province, a new high-yielding variety of peanuts began to be harvested.

Liu Chengsheng, farmer: "Compared to conventional varieties, production has increased by more than 30%, and we additionally receive an income of 150 yuan from each hundred acres of land."
The rich harvest gathered this year is able to compensate for the losses that have arisen in the north of China due to natural disasters.

Baghdad to host fifth round of talks between Tehran and Riyadh 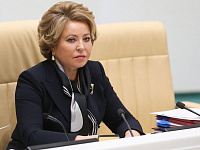 Kazakhstan is preparing for the visit of Valentina Matvienko

UAE Foreign Minister: Normalization of relations between the Emirates and Israel will change the situation in the Middle East region

Vladimir Putin spoke about a number of Asian countries

Russian troops arrived in China to participate in joint exercises