In the north Indian state of Uttar Pradesh, at a training ground located near the city of Babina, the Russian-Indian military exercises Indra 2018 began.

They are attended by servicemen of the local armed forces together with a military contingent from the Eastern Military District of the Russian Federation.

Photo: footage from the TV news release of the Greater Asia Channel/Reuters


Before the start of the exercises, the parties held a joint conference, at which they worked out the most important aspects of joint maneuvers. From the Russian side, the delegation was headed by Major General Oleg Tsekov, commander of the combined arms formation of the Eastern Military District. The command of both states determined that 250 people from each side were participating in the war games.


The leadership intends to work out international tactical cooperation using the Russian-made T-90 and BMP2. The equipment is provided by the host. Brothers in arms, who arrived from the Far East, were quartered in the barracks of the Indian 31st Armored Brigade, commanded by Major General Minhas. 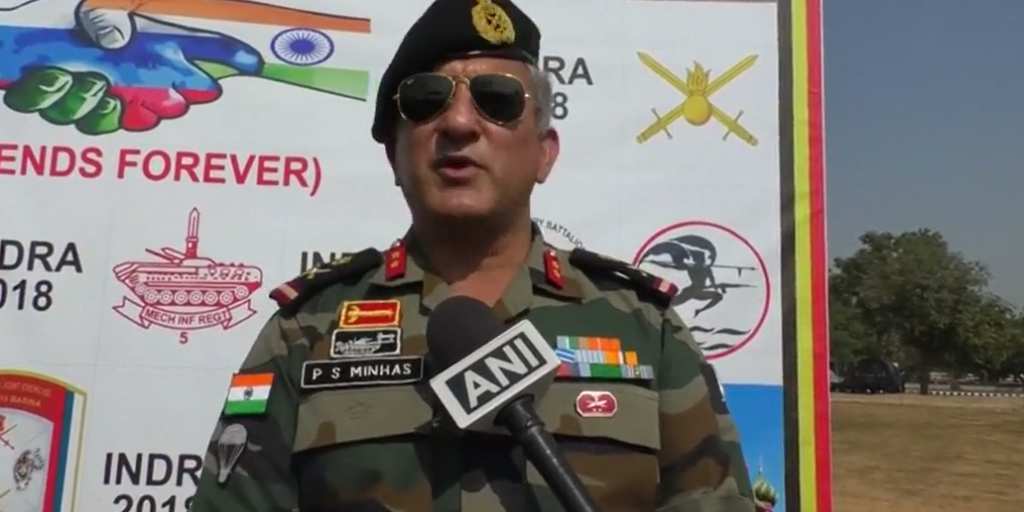 
The next fifteenth Indra anti-terrorist exercise will last for 10 days - from 18 to November 28. Since 2013, the maneuvers have been held annually. This event was named after one of the supreme deities in Hinduism, Vedism and Buddhism - Indra the Thunderer and the serpent fighter. Last time, the Russians and Indians trained in Primorsky Krai, at ground training grounds. A year ago, the Russian Pacific Fleet also took part in the exercises. This time there was a solemn part: a joint parade and a performance by a military band were held in front of the joint command.

Photo: Stills from the TV news release of the Greater Asia/Reuters channel

Vladimir Putin will pay a visit to Tehran

Referendum on form of government begins in Kyrgyzstan

Xi Jinping held talks with the Prime Minister of Nepal

Russia has transferred 16 tons of humanitarian aid to Afghanistan

Participants of the Syrian National Dialogue Congress arrive in Sochi