Sergey Lavrov holds talks with the Foreign Minister of Laos on the sidelines of ASEAN events.

The Foreign Ministers of Russia and LaosSergey Lavrov and Salensai Kommasit on Thursday hold talks in Phnom Penh on the sidelines of ASEAN events.

"As you noted, we have been and are together in good times, and not only. The situation requires regular contacts, a better understanding of each other, and I am sure that our relations are moving in this direction," the Russian minister said at the beginning of the meeting.

In response to a question from a Lao colleagueSergey Lavrov said that he had already met with the Prime Minister of Cambodia in the morning, with whom he held an hour and a half meeting.

In turn, the Comassit noted the developing relations between the two countries and said that he considers this meeting a good opportunity to discuss these relations, as well as regional and international agendas. 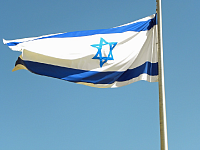 Foreign ministers of Israel and Russia will meet on Thursday

Ebrahim Raisi sworn in as new President of Iran

Crimes of the USA, joint exercises of the Air Force and the PLA Navy, cluster infection, "Mengtian" on the launch pad, twin pandas - see "Chinese Panorama"-250

Russia, China and Iran have worked out the tactics of releasing a ship seized by pirates