80 deputies voted for his candidacy.

Deputies of the Jogorku Kenesh (unicameral Parliament of Kyrgyzstan) elected him as the new speaker Nurlanbek Shakiyev. This was reported by the press service of the Parliament of the Republic.

According to the press service of the parliament, Shakiyev was born on May 13, 1977. He was elected a deputy of the Jogorku Kenesh in 2021, heads the faction of the pro-government Ata-Zhurt Kyrgyzstan (Fatherland — Kyrgyzstan) party in parliament. According to media reports, in 2006-2009 he worked as the press secretary of the President of Kyrgyzstan Kurmanbek Bakiyev, from 2009 to 2010 he was an adviser to the head of state and acting director general of the public television "ElTR", and in 2010-2011 he headed the Ministry of Culture and Information of the republic.

China praises the development of military ties with Russia

Chinese Foreign Ministry: There are no borders for cooperation between China and Russia 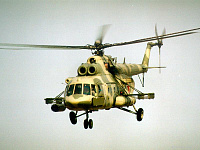 Kazakhstan and Turkey agreed on an expanded strategic partnership 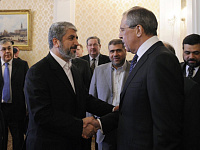 Hamas emissaries to hold series of meetings in Moscow