The head of the Hong Kong Administration discussed cooperation with the Media Corporation of China The head of the Hong Kong Administration, John Lee, met with Shen Haixiong, Director General of the Media Corporation of China and deputy head of the Propaganda Department of the Central Committee of the Communist Party. Before the meeting, Shen Haixiong took part in a solemn meeting in honor of the 25th anniversary of the reunification of Hong Kong with China and attended the inauguration of John Lee. Earlier, the Media Corporation of China launched a documentary TV channel of the Global Television Network and the Voice of the Great Gulf radio station in the region. John Lee expressed gratitude to Shen Haixiong for the comprehensive coverage of Hong Kong's development and noted the importance of the next five years for the future of the region. The head of the administration also said that his team is ready to work closely with the Media Corporation of China. Its powerful potential will help turn Hong Kong into an international center of creative industries, tell the world about the economic and social development of the region. In turn, Shen Haixiong noted that the Media Corporation of China will continue to deepen cooperation with the administration of the Special Administrative Region and will play an increasingly important role in the implementation of the "one country, two systems" course. The Chinese Navy conducted exercises in the South China Sea The Tongling missile frigate conducted large-scale military exercises with tests of long-range guns in the South China Sea. The vessel has worked out strikes on enemy ships, surface—to-air missile defense, detection and detention of ships, as well as rescue of wounded sailors. Dai Weifeng, deputy commander of the detachment of ships on board the frigate "Tongling": "During the military exercises, we tested the skills of the commanders and the combat capability of the frigate. The crew consistently performed all maneuvers, combining them with emergency response. For the maximum benefit from the exercises, we simulated the conditions of a real naval battle." The Tongling frigate is part of the Southern Fleet of the Naval Forces of the People's Liberation Army of China. During the exercises, the vessel showed a high level of combat readiness and combat potential. Digital technologies help Tibetan sheep farmers The digital era of animal husbandry has begun in Gamba County of the Tibet Autonomous Region. In recent years, farmers have been widely using big data processing technologies in the cultivation of local sheep breeds. This helps to make more profit and contributes to the economic development of neighboring areas. Every lamb in the county receives an information tag on its ear at birth. Davakangjue, an employee of the Big data center for sheep breeding Gamba: "Tags are needed for digital flock management. They contain key information about the sheep and its parents, data on disinfection and prevention of epidemics. We already use almost 21 thousand such tags, and in the future there will be even more of them." The identification system of more than 180 thousand sheep operates on the basis of the digital quality control and safety platform. These animals belong to 25 specialized cooperatives that help to increase the incomes of local residents. Pu Qiong, Director of the Department of Agriculture and Rural Affairs of Gamba County: "Ten years ago we did not have sheep cooperatives, and the level of profitability of sheep farming was only 10%. Now this figure has exceeded 68%, and it will continue to grow in the future." Last year, the total income from sheep farming in Gamba County amounted to almost 60 million yuan, and more than 80% of local pastoralists worked in specialized cooperatives. Nizha, manager of the specialized sheep-breeding cooperative of the village of Mende, Gamba County: "All 78 households of our village have joined the specialized sheep-breeding cooperative. Last year, the income of each of them increased by about 15,000 yuan." Now the livestock cluster covers not only Gamba County, but also eight neighboring districts. 260 thousand cattle breeders receive profit from digital farming. Gamba sheep are considered a unique Tibetan breed. They graze at an altitude of more than four and a half thousand meters, eat only wild plants, differ in short legs and large bellies. Their tender meat has no smell and is liked by many consumers. International extreme swimming competitions have opened in Qinghai Province The 16th International Extreme swimming competition across the Yellow River opened in Qinghai Province. More than 200 professionals and amateurs from 20 countries and regions took part in the races. A series of swims was also organized in Xunhua County, Gid County and Lajia Village, and the final chord of the sports festival was the carnival in Longyangxia city. Competitions are held annually in the Tibetan Plateau. This area especially attracts extreme swimmers: there is a low water temperature, an altitude of 1700 meters above sea level, thin air and a long distance between the shores. International competitions are also loved by local residents, because they stimulate the cultural and sports industries, contribute to the development of tourism and the economy of the region.

Sanctions policy does not balance the EU: in Moscow summed up the results of relations between Russia and the EU for 2018 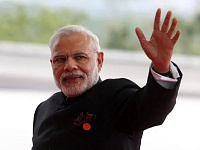 WHO chief calls for fair distribution of COVID-19 vaccines worldwide 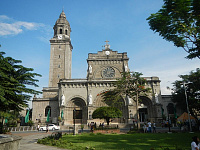 Foreign Ministers of Iran and Armenia held talks in Tehran

The President of Kazakhstan paid a state visit to Uzbekistan