Concert in honor of the CPC, high–thrust engines, the first flight after the pandemic, tea business - see "Chinese Panorama"-202


In honor of the 101st anniversary of the founding of the CPC, a symphony concert was held in Beijing

More than 500 spectators came to the symphony concert in honor of the 101st anniversary of the founding of the Communist Party of China. The event was organized by the Advertising Department of the CPC Central Committee together with the Ministry of Culture and Tourism of the People's Republic of China and the Media Corporation of China. The four-part concert included both classical and contemporary works.

Yin Xiumei, singer:
"I wanted to do something for the party. So today I sang the Song of the Yangtze River."

Liao Changyun, singer:
"Red is the main color of our country. Today we sing songs that express the spirit of red China. This encourages us to continue creating new works in a new era."

The artists say that the rehearsals were not only a review of classical works, but also an experience of a deeper acquaintance with the history of the Party.

Yu Kewei, singer:
"I was moved to tears by these beautiful works. It is a great honor for me to participate in such a concert."

When broadcasting the concert, the Media Corporation of China used 4K/8K UHD technologies. The shooting was carried out with the help of 13 cameras, 6 micro cameras and even drones – thus it was possible to show the performance from a variety of angles.


The Chinese Navy conducted exercises to land helicopters on the ship

The Chinese Navy conducted exercises in the Yellow Sea. Pilots trained to land helicopters on the deck of the ship. Training took place both day and night. The servicemen needed not only to correctly assess the flight altitude, speed, direction and distance, but also to follow the route of the ship, as well as interact with other crew members. All this is under the command of the control tower. Night landing operations were more difficult and dangerous for pilots, because in the dark, only the lights of the ship were landmarks for them.

Li Ning, Head of the flight group of the deck helicopter detachment of the Chinese Navy:
"Such intensive day and night training is very effective – the pilots have significantly improved their skills. Next, we will focus on complex tasks, such as striking enemy targets and anti-submarine operations at sea. This will lay a solid foundation for our troops to perform various tasks together with the ships."

During the exercise, the pilots landed helicopters on the ship's deck almost 300 times in total.

For the first time in more than 900 days of the pandemic, the city of Xiamen in Fujian Province received a passenger cruise liner that had launched from the shores of Shenzhen 5 days earlier.

Xie Jun, passenger:
"First we saw Xiamen from the sea. Even on the way we saw Gulangyu Island and the twin towers - they amazed us! My first impression of Xiamen is "a garden by the sea"."

This flight is a new experience of the cruise industry in the conditions of COVID–19.

Zhang Haijun, General Director of the Xiamen Ferry Terminal:
"This is a regular domestic cruise line that connects two special economic zones – Xiamen and Shenzhen. We hope to contribute to the restoration of cruise travel, as well as the culture and tourism industry."

This liner is the first luxury class vessel with a Chinese flag. Its length is 227 meters, width – almost 29. 930 passengers can be on board at the same time.


"Rhino tea" has increased the income of Tibetans

It is not the five–petalled lilac that brings good luck to the inhabitants of the Tibetan village of Doyu, but the pentagonal leaves of a tree that the locals call large mammals and even a local species of birds - a rhinoceros. This tree helped the villagers to develop a highly profitable business. When it turned out that tea helps to lose weight and reduces the risk of cancer, the product became popular not only throughout China, but also in other countries. In 2017, a tea cooperative was created in the village: about 30 local residents are engaged in collecting and processing leaves, which must be fried and put out before being sold. In a successful season, a member of the cooperative can earn an additional more than 7000 yuan in two months.

Tarsi Lhadron, Head of the Tea Cooperative:
"Now we sell tea through online stores and express delivery. Our tea is an organic, natural product that we collect and drink ourselves. Now we have a tea factory, so both production and sales of tea have expanded." 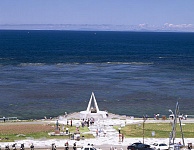 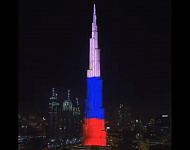