Premier of the State Council of the People's Republic of China Li Keqiang held videoconference talks with Prime Minister of Kazakhstan Alikhan Smailov. The colleagues discussed topical issues of strengthening bilateral cooperation. Li Keqiang noted that China and Kazakhstan are friendly neighboring countries and over the past 30 years since the establishment of diplomatic relations, significant progress has been made in bilateral relations, which benefits both states and their peoples. In September of this year, Chinese President Xi Jinping visited Kazakhstan, which gave a strong impetus to the development of bilateral relations. The Celestial Empire is ready to strengthen high-level exchanges with Kazakhstan. 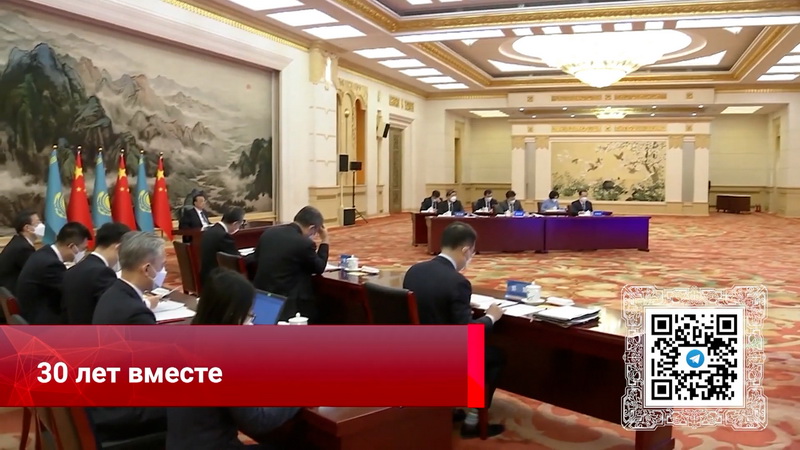 Alikhan Smailov, in turn, said that his country values relations with China. Kazakhstan would like to use the 30th anniversary of the establishment of diplomatic relations as an opportunity to deepen political mutual trust with China, implement intergovernmental plans for trade and economic cooperation, strengthen communication and interaction in the field of economy and trade, production facilities, energy, agriculture, interconnectedness and humanitarian exchanges for the purpose of comprehensive strategic partnership between the two countries. 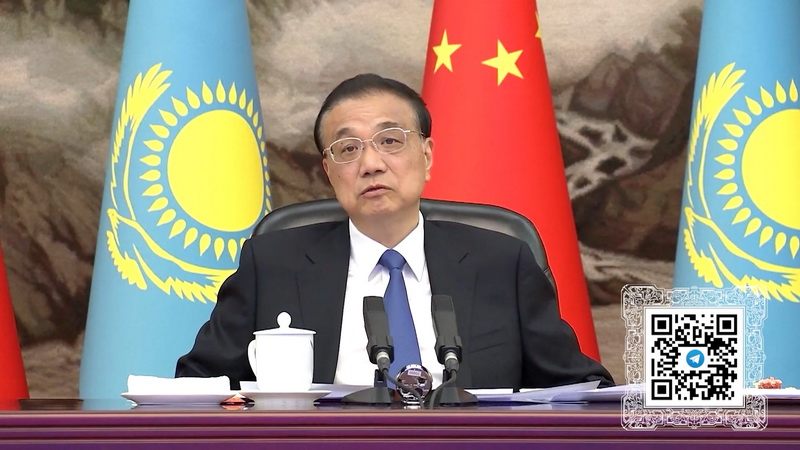 Chinese Navy servicemen went to the International Fleet Review  On the eve of the international fleet review in Bangladesh, a swearing-in ceremony was held by a group of Chinese servicemen on the destroyer Changsha.


They promised to bring peace while serving at sea and show good results at the international fleet review. 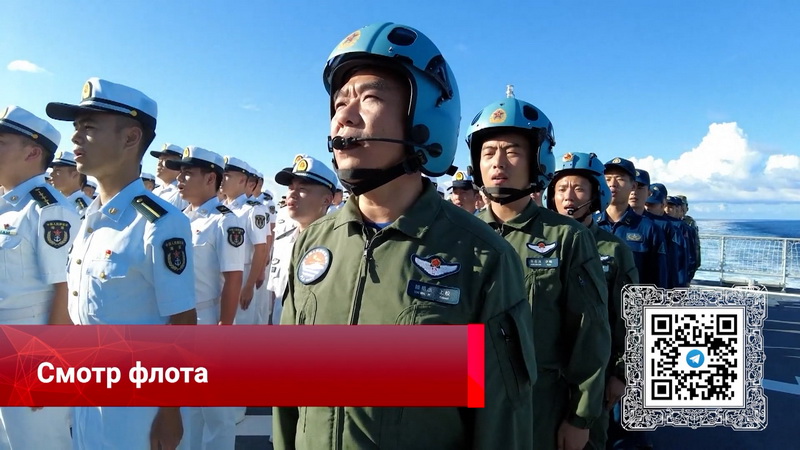 Yu Chengkuan, sailor of the destroyer Changsha: "I took a solemn oath in front of the national flag.

And I am very proud to serve on a ship that will represent China in the international arena. I will do my duty well and glorify the Motherland." 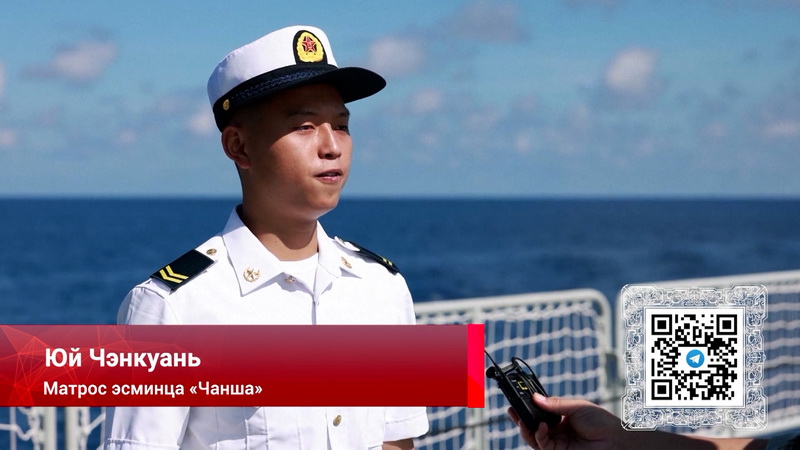 As part of the ceremony, the servicemen also left their signatures and received commemorative postcards.

Li Guangliang, Deputy Commander of the destroyer Changsha: "The ceremony helps to raise the morale of sailors, petty officers and officers, unites the crew, which lays the foundation for the successful fulfillment of our tasks.

We are ready to demonstrate the professionalism and high maritime training of the sailors of the Chinese fleet." 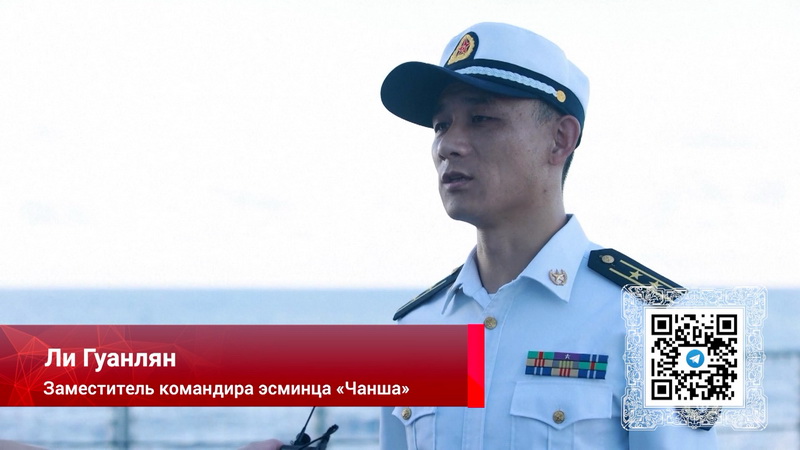 The Changsha destroyer is fully designed and built in China and has already participated in similar international events. 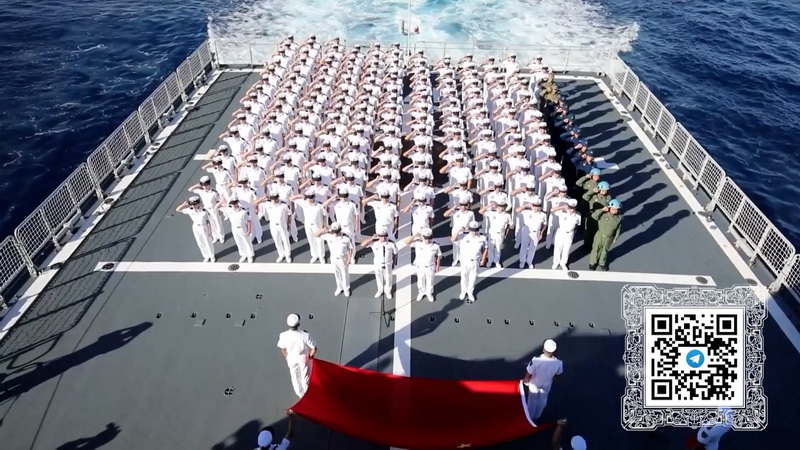 The Chinese project provides clean water to 2 million residents of the capital  China's "One Belt, One Road" initiative covers a large number of countries in Asia, Africa, the Middle East and Europe and brings real benefits to their residents.


Thus, the Celestial Empire helped Angola to build a water supply station "Candelabro", thanks to which 2 million residents of the country have access to high-quality water. 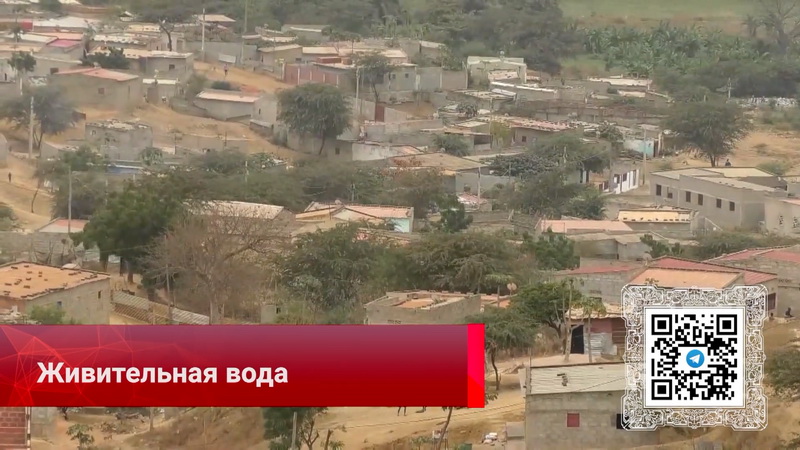 Kimaraes, a resident of Luanda, Angola: "The water supply used to be quite limited, but now we have access to quality water 24 hours a day, and that's very healthy." 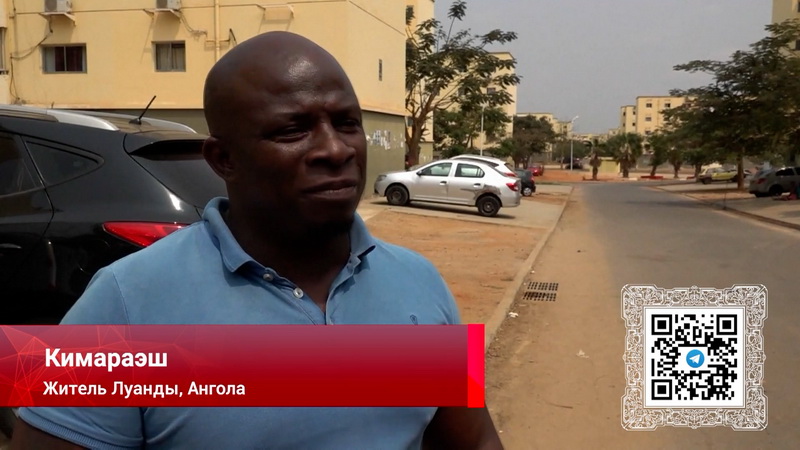 The water supply station provides water not only to residents of the city, but also to industrial enterprises.

Manuel da Cruz, Executive Director of the Water supply station management company: "The Candelabro water supply station provides continuous water supply to the special economic zone of Luanda and the Viana Industrial Park, which allows enterprises to ensure stable and sustainable production and contributes to the economic development of the country." 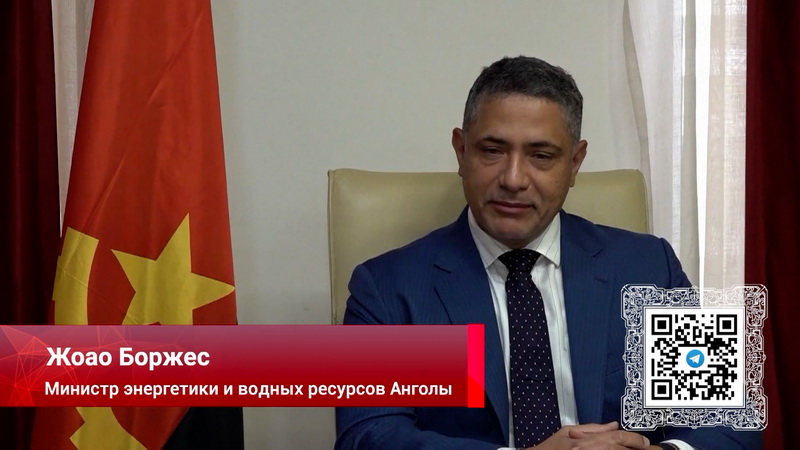 The Minister of Energy and Water Resources of Angola, Joao Borges, said on China Central Television (CCTV) that the "One Belt, One Road" initiative deserves the highest praise.


Joao Borges, Minister of Energy and Water Resources of Angola: "The "One Belt, One Road" program proposed by President Xi Jinping has provided great assistance to Angola and other African countries, especially in the field of infrastructure and life support.
This has significantly improved the standard of living of Angolans."  The Chinese initiative is really changing the lives of Angolans for the better.


The launch of a water supply station in Luanda provided the city not only with water, but also with jobs. 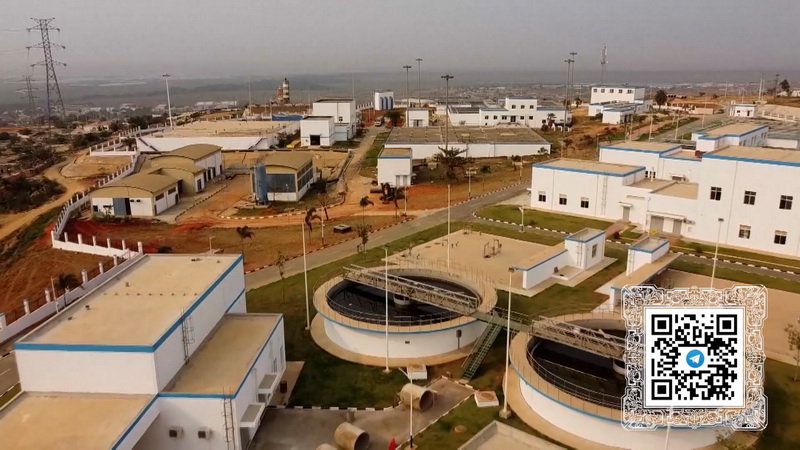 Chinese souvenir manufacturers are ready to predict who will be the winner of the World Cup  The group stage of the World Football Championship has ended in Qatar.


And while fans around the world are having discussions about who will win the Championship, in the largest consumer goods shopping center – in the Chinese city of Yiwu – they already know the winner country of this year. 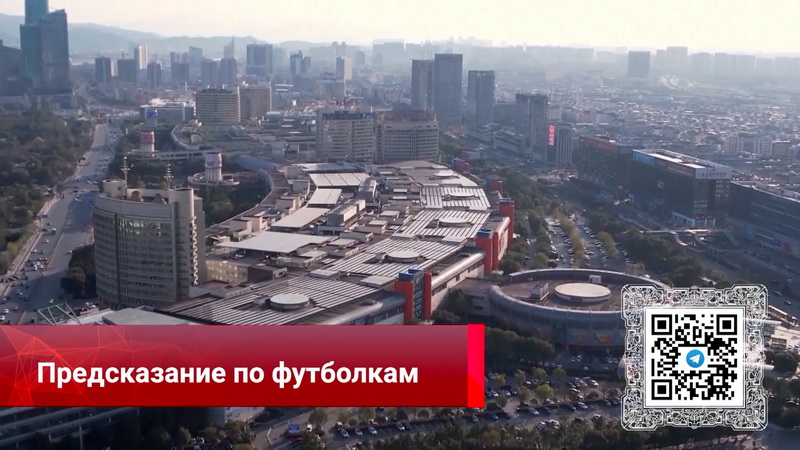 The People's Republic of China produces the lion's share of souvenirs related to the World Cup, and make their own forecasts. Wen Congjian has worked in the sports business in Yiwu for almost two decades. This year he has sold more than two million T-shirts for the championship, the most popular of which are with the names of players from Brazil, France and England. 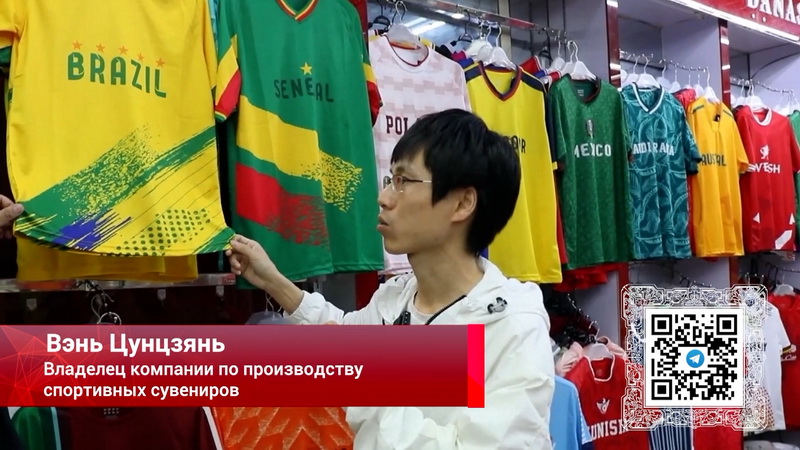 Wen Congjian, owner of a sports souvenir company: "Most often in my store they order the yellow uniform of the Brazilian national team, five-time winners of the World Cup."
Another possible indicator of a future World Cup champion is the sale of national flags.


Ding Xiaoxu made flags for all 32 participating teams of the championship and sent millions of orders even before the start of the tournament. 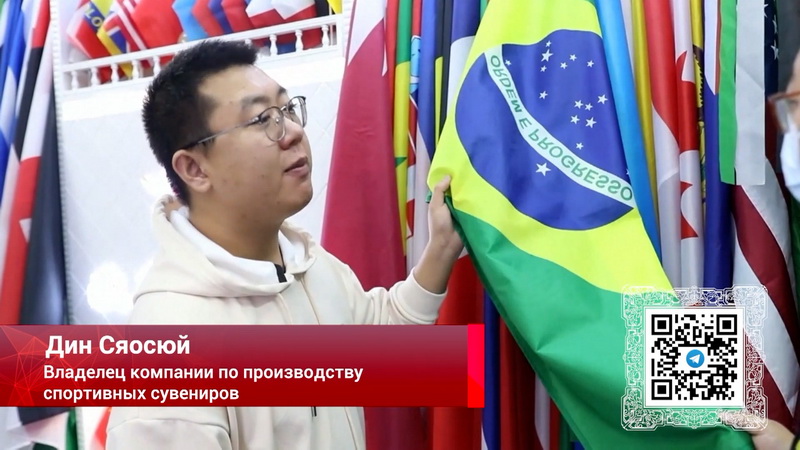 Ding Xiaoxu, owner of a sports souvenir company: "My clients are more inclined to choose Brazil, which has Neymar, and Argentina because of Messi."
The entrepreneur closely follows the progress of the games, he believes that it is important for manufacturers to be aware of the latest events during the tournament in order to better serve their international customers. 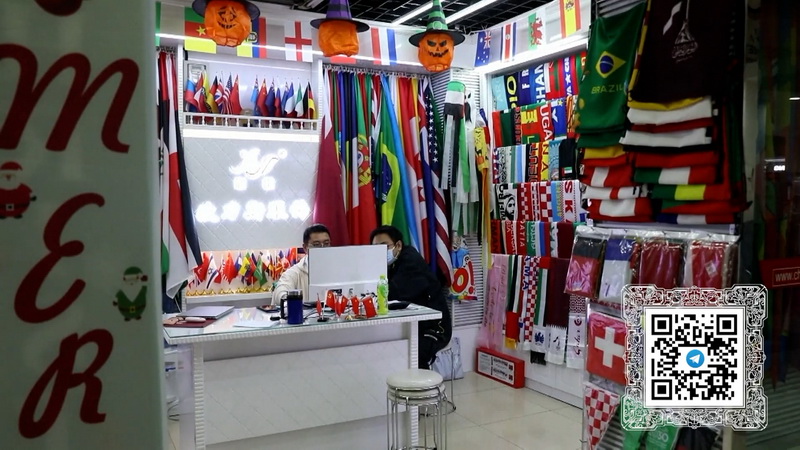 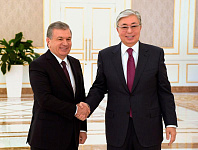 The President of Kazakhstan will pay a state visit to Uzbekistan

The dates for the exercises "Vostok-2018" have been announced

Taiwanese maneuvers, the victory of genetics, the technology of the holiday — see "Chinese Panorama"-245

The Foreign Ministers of Georgia and Turkmenistan signed a cooperation program

The ruling party of Kazakhstan will have a new program

Vladivostok – Harbin flights will resume in the spring