On March 27, Iranian President Hassan Rouhani held a meeting in Tehran with a member of the State Council of the People's Republic of China, Foreign Minister Wang Yi.

According to Xinhua News Agency, Wang Yi said during the meeting that the Sino-Iranian comprehensive strategic partnership has stood the test of changes in the international situation. According to him, the Chinese side is always ready to develop relations with Iran, regardless of any changes in the world. This year marks the 50th anniversary of the establishment of diplomatic relations between the two countries, he recalled. The Chinese Foreign Minister pointed out that the Comprehensive Cooperation Plan, signed on the same day by the two sides, proposes a master plan to promote the development of China-Iran comprehensive strategic partnership. The treaty will not only benefit the peoples of the two countries, but will also be China and Iran's contribution to the cause of protecting peace in the region and around the world. 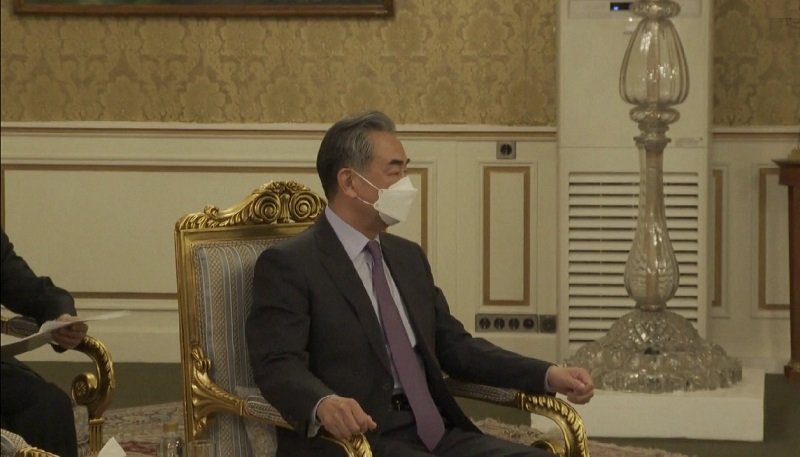 sovereignty, national dignity and self-chosen path of development. The Chinese side has resisted, is resisting and will continue to resist the unjustified unilateral sanctions that foreign countries apply against Iran, the minister said. Any unilateral sanctions are a violation of international law, especially sanctions based on lies and disinformation, Wang Yi said. In his opinion, such measures defy human prudence, they are dishonest and unpopular. The Chinese side is willing to work with the Iranian side and the people of all countries to stand up against brute force and harassment together, uphold international justice and fairness together, and uphold the basic norms of international relations together.

Wang Yi pointed out that now is the time when it is necessary to carefully analyze the deplorable results of external intervention in the regional situation and jointly seek effective ways to achieve long-term order and long-term stability in the region. To this end, the Chinese side, he said, proposes a five-point initiative to ensure security and stability in the Middle East, the main essence of which is to call on the countries of the region to adhere to the "master's approach", develop the spirit of independence and self-reliance, get rid of obstacles in the form of geopolitical struggle, look for development paths that suit the conditions of the countries of the region and build a security structure that meets their interests. The Chinese side is ready to cooperate with the countries of the region to implement the initiative, the Chinese Foreign Minister stressed.

In turn, Hassan Rouhani stated that representatives of all walks of life in Iran regard China as the most important partner of Iran. He noted that in 2016, Chinese President Xi Jinping made a successful visit to Iran, contributing to significant progress in the development of bilateral interstate relations. According to him, the signing of the comprehensive cooperation plan between the two countries helps to outline a roadmap for the future development of Iran-China cooperation. Hasan Rowhanisaid that his country hopes to strengthen anti-epidemic cooperation with the Chinese side, deepen mutually beneficial cooperation in all fields, and develop cooperation in combating terrorism. Iran and China hold the same or similar positions on regional and international issues, he said, adding that Iran stands for resolving issues through dialogue and hopes to further strengthen cooperation with China in the field of protecting regional security.
The Iranian President noted that the Joint The Comprehensive Plan of Action (JCPOA) on the Iranian nuclear program is a multilateral agreement, the US should not have any preconditions for resuming its implementation, they should act first. The Iranian side highly appreciates the important role of China in maintaining the JCPOA, and is also ready to strengthen contacts and coordination with the Chinese side, the Iranian President added. 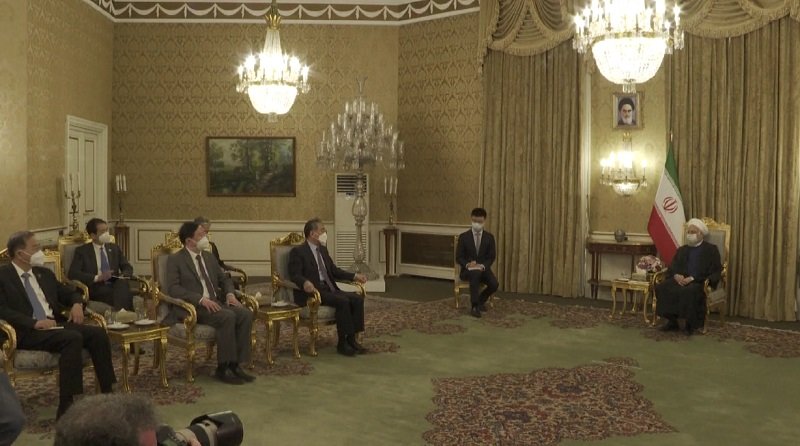 Wang Yi stated that the JCPOA on Iran's nuclear program is an important result of multilateralism, achieved with colossal work. The previous US administration unilaterally withdrew from the agreement, thus setting a bad precedent for non-compliance with international agreements. He noted that the US move was unanimously condemned by the international community. The new US administration hopes to return to a comprehensive agreement, and the Chinese side welcomes this, the Chinese foreign minister said. China believes that maintaining the JCPOA means supporting multilateralism and the authority of the UN Security Council, Wang Yi. emphasized. In his opinion, one should not withdraw from the agreement and return to it at will. The United States should analyze the damage done to regional peace and international stability as a result of its withdrawal from the JCPOA and the losses it caused to the countries concerned. The Chinese Foreign Minister added that the American side should immediately lift unilateral sanctions against Iran, as well as abandon the "long arm" policy applied to China as well. 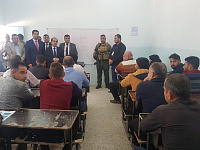 Ilham Aliyev is already receiving congratulations on his 58th birthday

Advanced models of Russian military equipment were shown at the parade