Iranian President asks for forgiveness from his people

The outgoing president of the country noted that the population is dissatisfied with the situation with the standard of living, but one must understand that Iran was "in a situation of economic war."

The outgoing President of Iran Hassan Rouhani has apologized to the people of the country for the erroneous actions of the government during the years of his rule. He stated this on Sunday during the last meeting of the Cabinet of Ministers for himself, which was broadcast by Iranian state television.

"We tried to make our [policy] contain fewer mistakes and shortcomings. But if there were any, then I want to apologize for this to the people ", - he said.

According to Rouhani, "the population is dissatisfied with the situation with the standard of living, and there is some truth in this." "But we must understand that we were in a situation of economic war (we are talking about sanctions imposed by the United States under former President Donald Trump), and from this point of view, look at what we could do," he added.

The inauguration of the new President of Iran Ebrahim Raisi will take place on 5 August. He won the election on July 18, gaining 17.9 million votes (about 62%) with a turnout of 48.8%. A distinctive feature of the next head of government compared to the current President Rouhani is belonging to the conservative political camp. 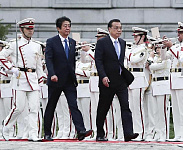 Relations between Tehran and Moscow are on the right track, aimed at the realization of interests.

The leaders of China and Turkmenistan held telephone conversations