In the Celestial Empire, scientific and technological progress has been appreciated over the past decade 10th Anniversary

Over the past 10 years, China has made significant progress in the science and technology sector, China's Vice Minister of Science and Technology Li Meng said at a press conference in Beijing. 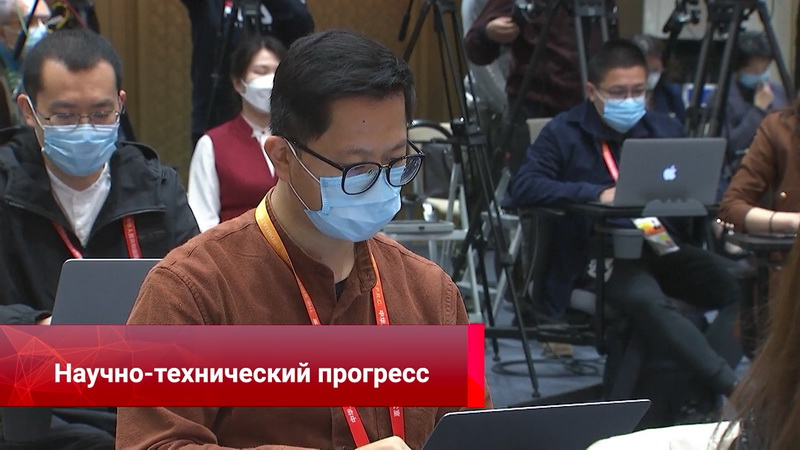 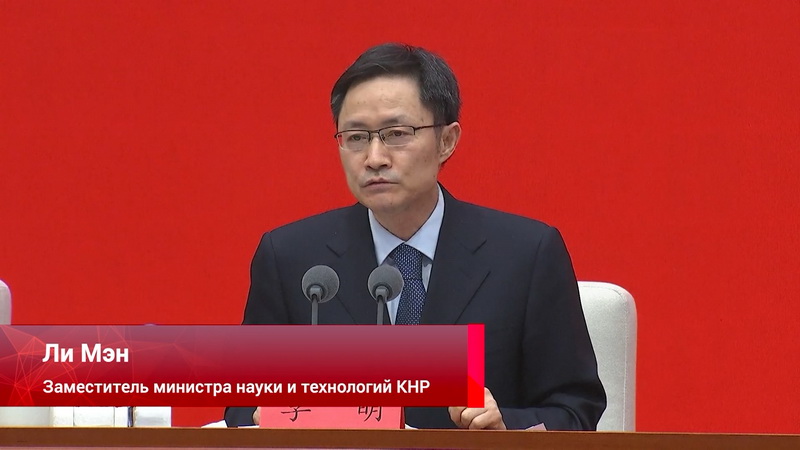 Li Meng, Vice Minister of Science and Technology of China:

“Our country needs high-level talented innovators to realize China's high-level technological self-sufficiency. We will create conditions so that more and more competent scientists in the field of science and technology can reach their full potential. 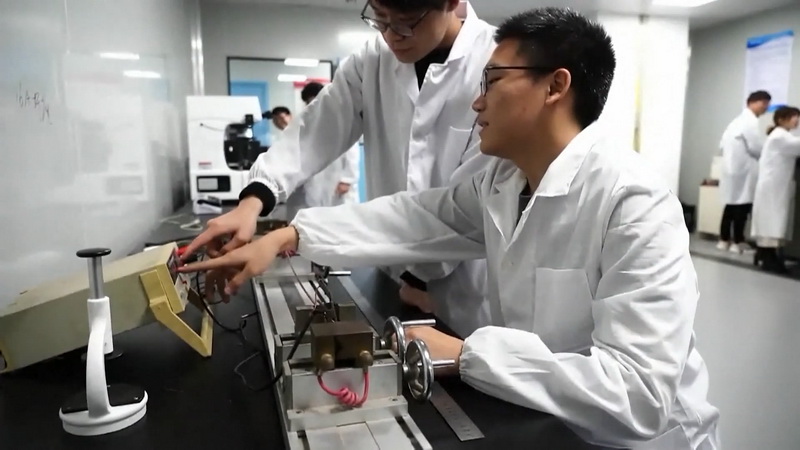 The PRC authorities have also increased funding for those research institutes and educational institutions that managed to introduce their developments into production. The country encourages the interaction of innovative business and research centers, as this contributes to China's scientific and technological progress. Already today, 79 percent of key development and research projects are led or directly involved in manufacturing enterprises. Over 10 years, the volume of trading in technology contracts in China has grown almost 6 times and amounted to more than 3.5 trillion yuan.

China's economy continues to develop dynamically despite internal and external uncertainty. Thus, GDP grew by 4.8 percent compared to last year. This is an outstanding result among the largest economies in the world. The low level of price growth also proves the stability of the Chinese economic system. 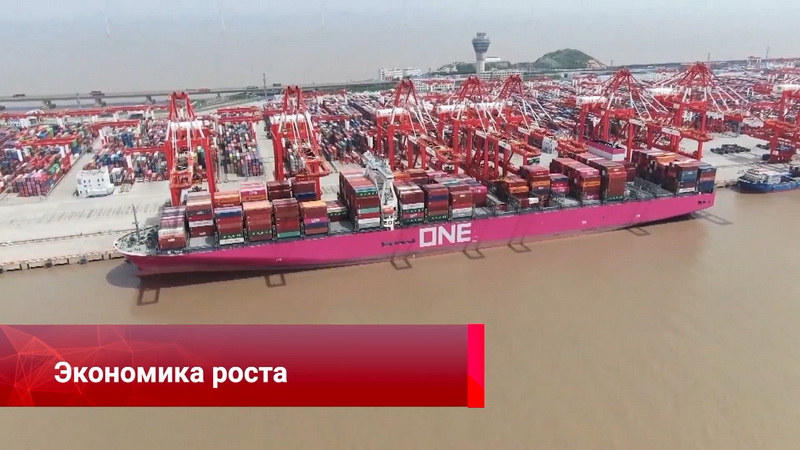 Sheng Laiyun, Deputy Head of the National Bureau of Statistics:

“We have experienced short-term fluctuations, but we must not forget about long-term development trends. In the short term, some indicators have declined. This is, of course, a new wave of COVID-19. But in general, the fundamental indicators of stable economic development remain unchanged. In particular, the general trend towards economic modernization and qualitative development has not changed.”

The official also noted that the impact of pandemic lockdowns will decrease with each passing day. Positive changes are already visible in factories that have reopened, and in cities there is an increase in energy consumption. Measures to support business and society played a great role. These include lowering taxes and fees, deferring social security contributions, and issuing soft loans. Increasing investment in infrastructure is another important feature of the Chinese government's economic policy this year.

Sheng Laiyun, Deputy Head of the National Bureau of Statistics:
“There are ample opportunities for investment in infrastructure in our country. Its presence per capita in China is only 20-30 percent of the level of developed countries. This includes transport, roads, electricity networks. Effective investment in these areas can significantly improve the lives of the population.”

The government will pursue targeted policies necessary for long-term development, as well as send clear and stable signals to the market so that business can plan, make decisions and respond to changes in a timely manner, the official emphasized.

The new mayor of Hong Kong John Landwill take important steps to develop the economy and education system in the city. Such requests came from various sections of society in the region. 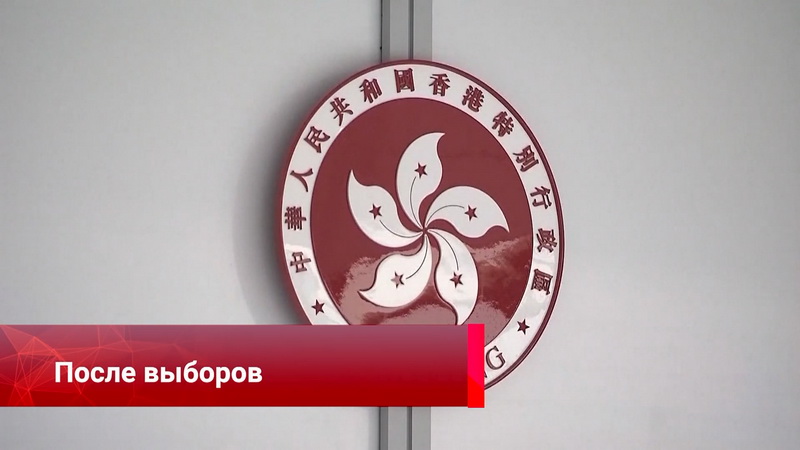 “We hope that the new mayor will prioritize the development of national identity and morality of youth. 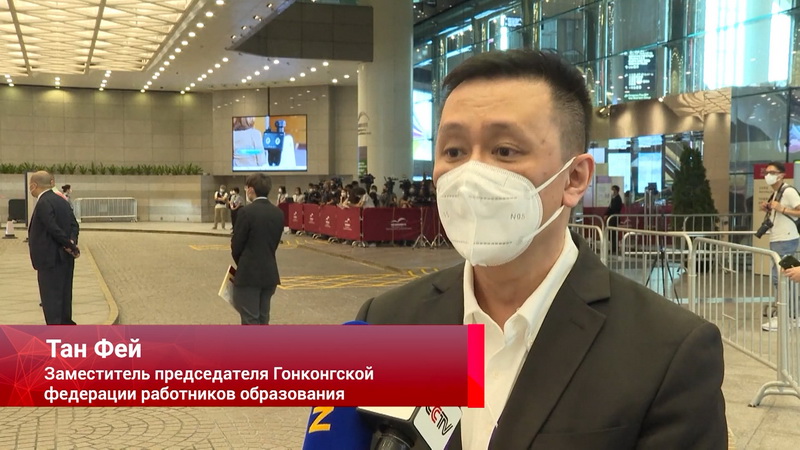 Hong Kong residents also hope that the new government will support the projects of its predecessors. So, the former mayor of the city, Carrie Lam, announced a plan to modernize the northern part of the special administrative region. This part of the island is supposed to turn into a real metropolis, where you can lead a full life, relax and work.

Li Shing-Put, President of the Association of Industry and Commerce:

“I am from the Northern District, so I hope that the new mayor will pay special attention to the development of the northern agglomeration and the use of land resources in this area and the surrounding area.” 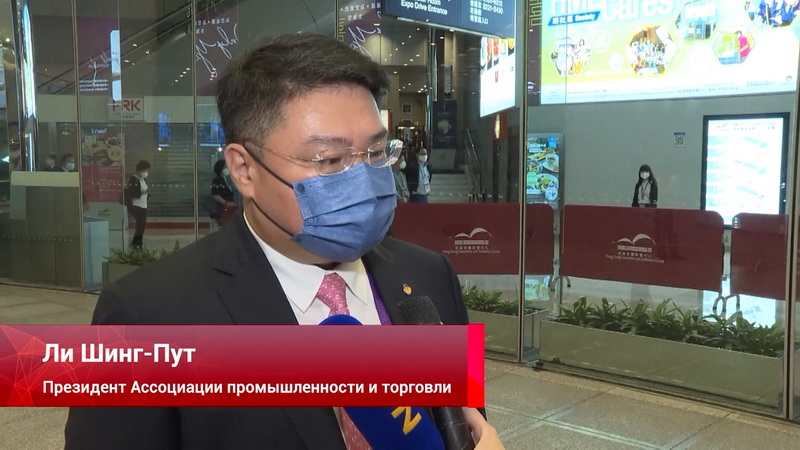 Another expectation from the authorities is related to the development of cooperation and exchange of innovations between Hong Kong and neighboring Shenzhen, which is called China's Silicon Valley.


Shanghai businesses resume operations after COVID-19 outbreak
< br> Life in Shanghai is returning to normal after a new wave of coronavirus. Since the authorities gave the green light to restart production in mid-April, nearly half of the city's businesses have returned to work. Among them are automakers, semiconductor and medical equipment factories.

Wu Jincheng, Director of the Shanghai Municipal Commission for Economics and Informatization:< br>
“Of the 9,000 large industrial companies in Shanghai with an annual income of at least 20 million yuan, half have returned to work. In the urban areas of Jinshan, Qingpu, Fengxian and Songjiang, where the disease has almost been eradicated, the rate is higher than the city average. For example, 70 percent of companies in Jinshan and 60 percent in Qingpu returned to work.”

Key sectors of the economy are recovering the fastest. A number of companies were included in the government's "white list". This means they are the first to receive assistance to quickly resume production after the COVID-19 outbreak. 95 percent of such enterprises have already reached full capacity. 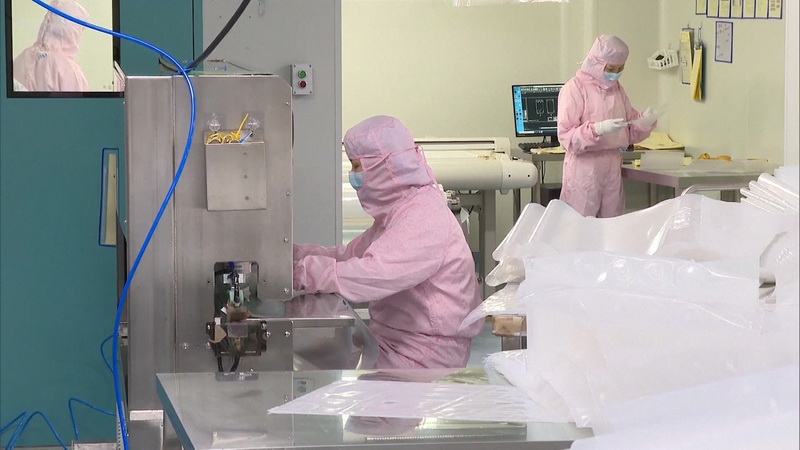 China's insurance sector is developing rapidly. Statistics for 2021 show that more and more Chinese are ready to completely switch to digital insurance. Most often, customers apply for policies on housing and cars. This trend is noted by the China Insurance Association. 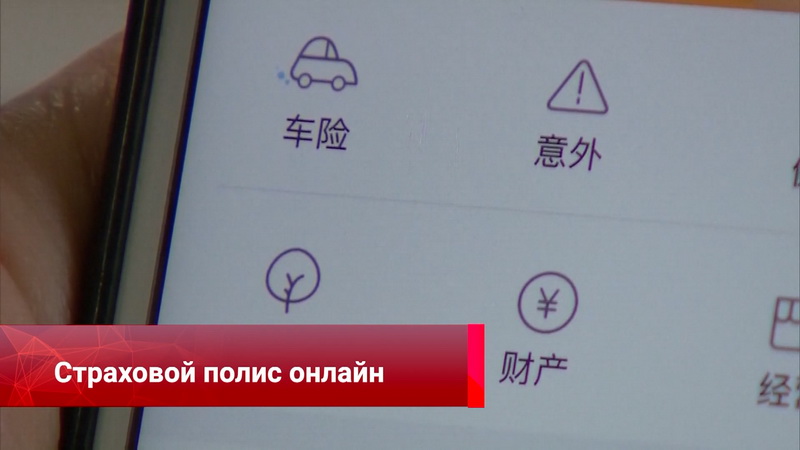 Last year, the total payout income from online property insurance was 86 billion yuan. This is a major breakthrough against the background of the total amount of payments in the insurance industry as a whole. The emergence of the possibility to issue a policy online has also led to the development of new supervisory and legislative norms. This, in turn, made the entire system more transparent and understandable. Therefore, more people began to turn to protect their property. 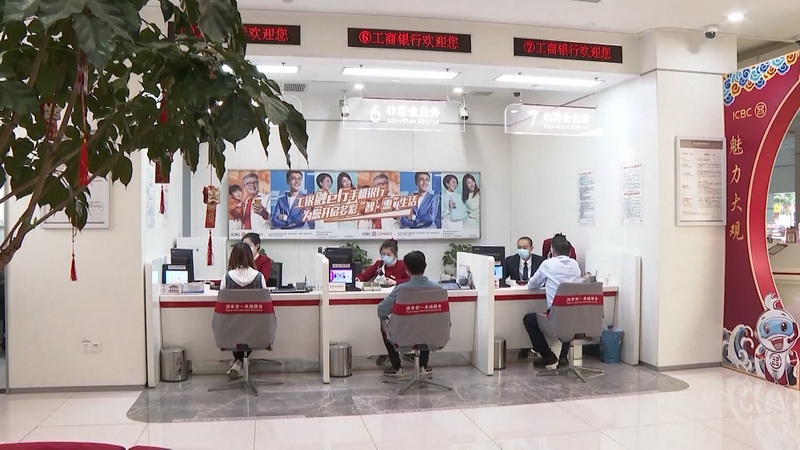 Now the China Banking Regulatory Commission is working on the creation of a tripartite Internet insurance system in which all market participants can interact. The purpose of the new platform is to effectively protect the rights and interests of consumers of insurance services. Insurance is an important part of China's financial sector. Starting to develop in the late 1970s almost from scratch, by 2020 China's insurance market has become the second largest in the world, behind only the United States of America. 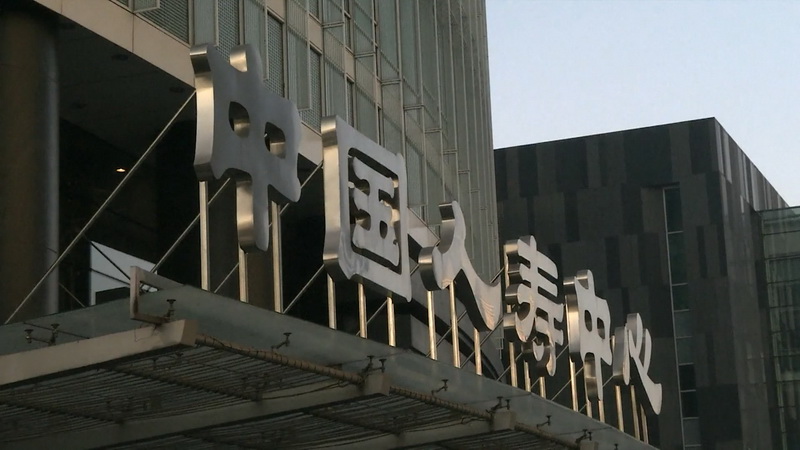 China has a record number of college graduates this year, nearly 11 million. Against the backdrop of increased competition for jobs, the country's authorities took measures in advance to employ young specialists. 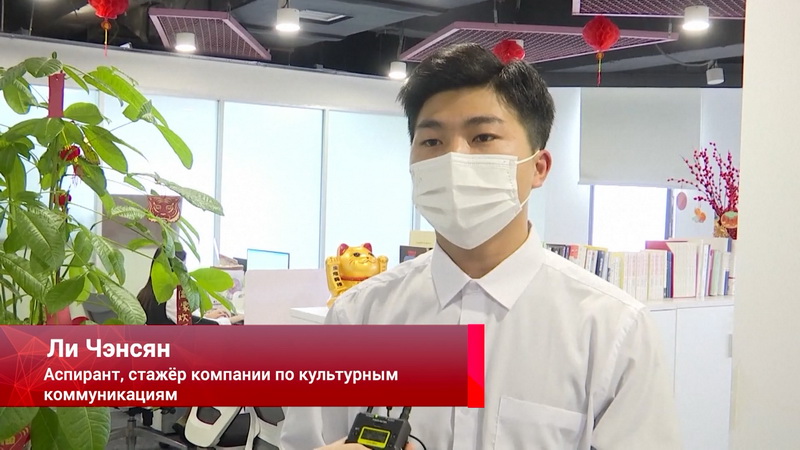 < i> “During my internship at the company, I enjoy the same benefits as full-time employees. And the company has said it will prioritize interns when hiring."

Human Resources and Welfare Departments across Jiangxi Province will provide subsidies to enterprises that hire trainees. Companies are also encouraged to continue cooperation with young professionals after the internship, sign employment contracts and pay social insurance on time.

Jinan City has set up a special employment service of 400 people to employ graduates. The industry database is actively used here.

“We analyze the need of enterprises for personnel, including travel to workplaces. As soon as the need arises, we find potential employees through a database that includes college graduates. 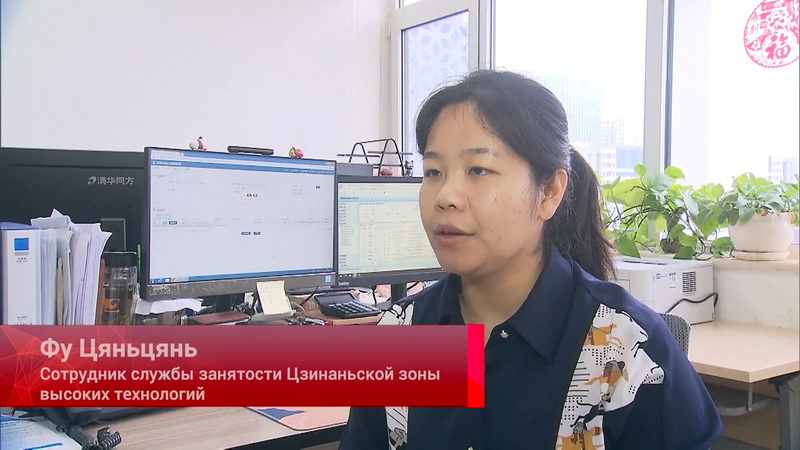 And in the southern Chinese city of Dongguan, Human Resources and Welfare Departments help facilitate employment students from low-income families. 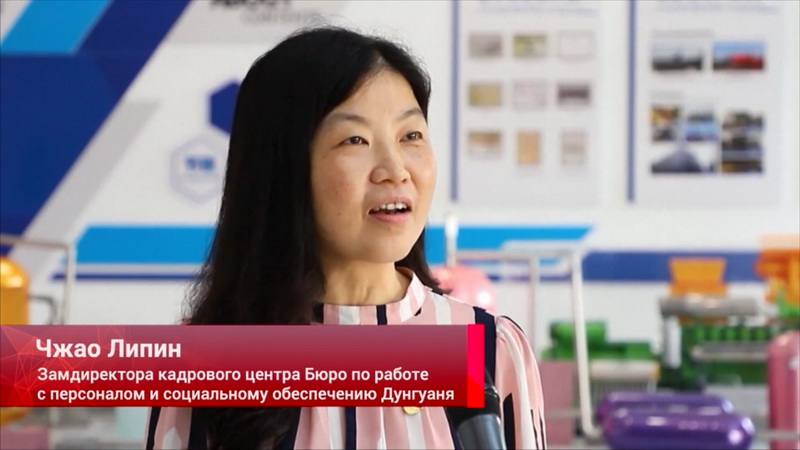 The Changxing County government has introduced a series of support measures for graduates who choose flexible employment. Benefits include exemption from office rent, subsidies for entrepreneurship, and discounts on interest on loans. 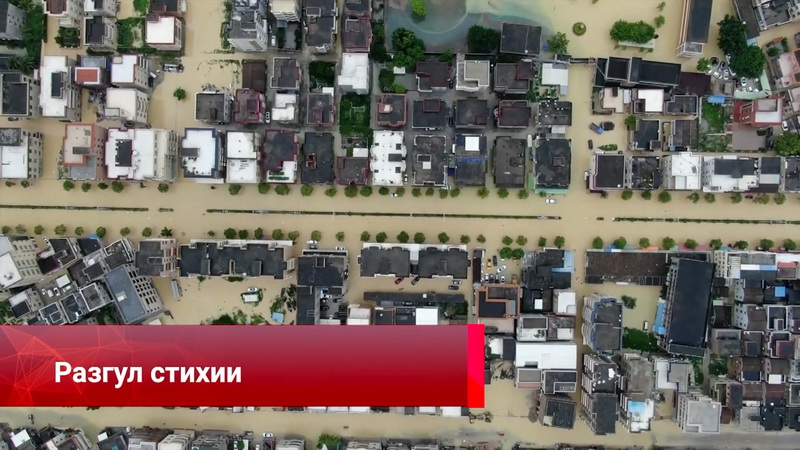 in some areas, up to 100 millimeters of rain fell per day. The local rescue department immediately took measures to evacuate residents, and factories and schools were closed in the city. More than 27,000 residents were affected by heavy rains in the Guangxi Zhuang Autonomous Region. The storm caused damage to nearly 2,500 hectares of cultivated land, resulting in direct economic losses of 104 million yuan. 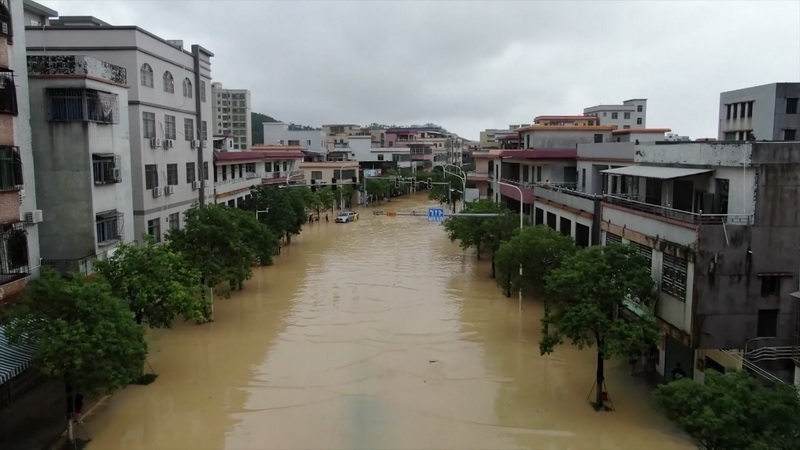 In Qinzhou City, heavy rain caused severe flooding on some sections of roads. 96 local schools were closed and nearly 1,200 residents were evacuated. Eight cities in Fujian province recorded 100 millimeters of rain per day, and some areas of Zhangzhou city received more than 10 centimeters in just 7 hours. Local authorities have stepped up patrols and disaster relief efforts.

Heavy rain caused a landslide in Sangzhi County. They washed over 50,000 cubic meters of earth and rocks onto the local section of the motorway, halting traffic in both directions. But thanks to the coordinated efforts of the workers, the road was free after only half a day. The Ministry of Water Resources of the People's Republic of China activated emergency response measures to combat floods.Working groups were sent to Guangdong and Guangxi to monitor the implementation of precautionary measures in the regions, including monitoring and preventing natural disasters.

At the G20 summit, China called for the consolidation of efforts to combat climate change