In honor of the 50th anniversary of the establishment of diplomatic relations with Russia, Singapore issued a stamp

A park theme was chosen as the design – the stamp depicts the Russian Zaryadye Park and the Singaporean Gardens by the bay. The cost of one stamp is 1.30 Singapore dollars.

Andrey Tatarinov, Russian Ambassador to Singapore, attended the solemn event dedicated to the issue and cancellation of the stamp, which took place in the main branch of the Singapost postal company. He stressed that the countries have close long-term relations. The USSR was among the first states to recognize the sovereignty of Singapore and establish diplomatic relations with it after the country gained independence in August 1965.

The anniversary is a symbol of maturity and transition to a new quality of relations, for the development of which all the prerequisites are present.

The Russian mission emphasizes that over the years of fruitful activity between the two states, a significant legislative projects. In addition, the work of the Russian-Singapore Business Council, which will celebrate its 10th anniversary next year, helps the business circles of the two countries to develop projects in such areas as export-import operations, high technology and finance.

Afghanistan ready to cooperate with foreign countries for peace

Vladimir Putin spoke at the first meeting of the G20 summit

Kim Jong-un will arrive or arrive at the Vietnamese summit

In Abu Dhabi, Russia will present Pantsir-ME for the first time 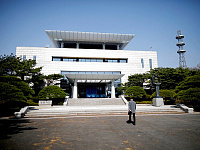