The Prince of Jordan urged to resist attempts to use religion in political games.

Religious differences and consistency of views of representatives of various confessions are often deliberately used to inflame and fuel political conflicts, this must be resisted. Jordanian Prince Hassan bin Talal wrote about this in an article for TASS.

“Political contradictions serve as a source of many interfaith conflicts. They were the basis of many authoritarian concepts and discourses that have repeatedly emerged over the centuries. Therefore, we must be aware of the danger of using religious differences and manipulating the moods of the masses in order to set them on representatives of one or another confession or community,  , he said.

The Prince of Jordan admitted with regret that often some religious groups go for this kind of propaganda, which has nothing to do with ethical values, taught by all religions. According to him, representatives of different directions of the same confession should understand that differences in reading and understanding of texts do not threaten their sanctity, but there is a danger attempts to monopolize the right to interpret such texts.

The problem of misunderstanding

Ben Talal drew attention to the fact that today, when the challenges facing humanity are only growing, there is a need to join forces to develop an approach to religion that would create conditions for cooperation. “The logic of brotherhood and universal love contradicts the logic of power and tyranny. The entire history of mankind testifies to the fact that the temptation to resort to the logic of force ultimately leads to retreat and collapse,” he stressed.

Recently, injustice and conflicts between peoples have been intensifying, the prince pointed out in his article. According to him, one of the reasons is the fact that people began to lose their sense of community and forget about the fact that there are much less differences between them than they have in common. “Most important in this sense of community is a sense of solidarity with peoples who suffer from occupation, injustice, poverty and discrimination. The lack of equal opportunities creates fertile ground for the emergence of various forms of aggression and war, which sooner or later will lead to an explosion,” said the Jordanian prince.


< p> According to Hasan Ben Talal, the loss of the ability to accept other people's views, different from one's own, is fraught with conflicts that could have been avoided. He emphasized that the arrogance of both individuals and communities as a whole begins to flourish in such conditions and creates an atmosphere of hatred, which then leads to attempts to isolate the other side.

"We might not agree with many opinions and statements,but we should be aware of the need to respect opinion differences and their relevance to  development and formation of an integral system of human knowledge. When people improve their moral character and come to understand the need to respect the differences between them, then the opportunities for dialogue and use of these differences for the benefit of people increase. On the contrary, whenever mutual respect diminishes, differences soon escalate into conflicts and splits,” he concluded. 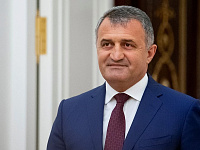 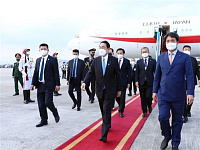 Turkey may conclude another deal on the S-400

Head of Ulaanbaatar to pay official visit to Moscow

2,500 military alerted in the Far East