Humanitarian aid to Kabul, biosamplets of the future, zen in the mountains, songs in honor of Hong Kong – see "Chinese Panorama"-196

China has sent two transport planes with humanitarian aid to Kabul to provide support to Afghans affected by the earthquake that occurred on June 22. After the natural disaster, the Celestial Empire immediately decided to provide emergency assistance to Afghanistan in the amount of 50 million yuan. The cargo included tents, cots and blankets, which are urgently needed by people in earthquake-affected areas.

Li Junfeng, an employee of the International Development Cooperation Agency of the People's Republic of China:
"We will continue to coordinate the use of military transport aircraft and commercial charter to deliver all remaining humanitarian supplies to Afghanistan as soon as possible."

An earthquake of magnitude 6.2 occurred in Afghanistan on June 22. It has become the deadliest in the country for more than 20 years. At least 1,500 people were killed and more than 2,000 people were injured.

The profit of China's largest industrial enterprises increased by 1% year-on-year from January to May. In 16 large industries, compared with last year, the total profit increased, in 24 it decreased, and one industry turned from unprofitable to profitable.


China has made a breakthrough in the production of biofuels

Sinopec, a large oil and gas company in China, has successfully produced a trial batch of bioaviation kerosene – fuel from renewable resources (used cooking oil, animal and vegetable fat)! Built in August 2020, China's first plant for the production of this type of fuel uses its own technologies. The design capacity of the plant is 100 thousand tons per year.

Huang Aibin, Director of Sinopec Zhenhai Refining and Chemical Company:
"In a city with 10 million inhabitants, about 10 thousand tons of used vegetable oil are produced per month. If the plant works at full capacity, it will be able to process almost all the oil in a city of this size."

Compared to petroleum-based jet fuel, biofuels will help reduce carbon dioxide emissions by 50 percent or more during the entire life of the aircraft. And if 30 million tons of kerosene in airplanes are replaced with biofuels, this will reduce CO2 emissions by about 55 million tons per year. This is equivalent to the fact that 30 million car owners would give up using their cars for a year.


In Zhengzhou, Zen-style performances are held to stimulate the night economy

About 600 musicians, dancers and monks perform a magnificent Shaolin Zen ritual every night in the valley of Songshan Mountain. The performance combines modern sound and light technologies with traditional music, dance and martial arts. Such shows attract locals and tourists to Zhengzhou, the capital of Henan Province, and stimulate the night economy.

"It's nice to enjoy music here and take a break from the stress of everyday work," says one of the tourist girls.

In addition, a tent camp was built in a picturesque place, where tourists can drink tea, barbecue, watch movies in the open air, communicate and really feel zen, hiding from the hustle and bustle of the city.


An online party celebrated the reunification of Hong Kong with China

Hong Kong celebrates the 25th anniversary of reunification with China! Festive events are held throughout the metropolis and even on the Internet. Singers and actors performed at the online music party. They performed songs that they know and love both in Hong Kong and on the mainland. These were classical and patriotic works, as well as online karaoke, in which any Internet user could sing along with the stars.

Jackie Chan, actor:
"Over the past 25 years, our city has withstood all tests, overcome all obstacles, and the principle of "One country – two systems" has received general recognition. Today, with our actions, we must repay the Motherland for love"!

Famous Chinese director and comedianStephen Chow also sent his congratulations to Hong Kong, and the filmmakerGordon Chan shared his dream to create an image of the Chinese people with the help of kung fu films.

Gordon Chan, film director:
"Most of all influenced meBruce Lee is a master of kung fu. He gave me hope and made me realize that we Chinese actually have a huge cultural potential. I hope people will talk about us: these people are amazing! And each of us, the Chinese, should participate in the formation of this opinion."

The online event was called "Our Bauginia". This beautiful flower is depicted on the flag of Hong Kong.

Dubai Princess Latifah met with the President of the Czech Republic 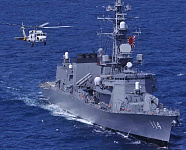 Putin ruled out violation of the Constitution in relations with Japan 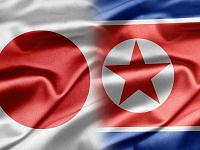 Japan calls for summit with North Korea without preconditions