A delegation from Saudi Arabia will attend the inauguration of the new president of Iran.

A Saudi Arabian delegation will attend the inauguration ceremony of new Iranian President Ebrahim Raisi. This was reported by the Fars agency on Wednesday, citing a source in the Majlis (parliament) of Iran.

Other details about the visit of Saudi representatives to Iran are not provided.

Relations between Riyadh and Tehran seriously deteriorated in March 2015 with the start of the Arabian coalition led Saudi Arabia-led military operation in the territory of Yemen against the Ansar Allah (Houthi) movement, which continues to this day. In the Islamic Republic, these actions of the kingdom are regarded as a destabilization of the situation in the region. In turn, the Saudi side accuses Iran of supporting the Houthis, who direct their weapons, in particular drones, also against Saudi Arabia.

Another round of deterioration in relations between the two countries occurred on January 2, 2016 after the execution of the Shiite preacher Sheikh Nimr al-Nimr in Saudi Arabia. In response, Iranian protesters staged pogroms in the Saudi diplomatic missions in the Islamic Republic. Following this, Riyadh demanded that Iranian diplomats leave the territory of the kingdom.

For the first time in 15 years, the Central Bank of China has a new head

Russia and China will work together to restore Syria's economy 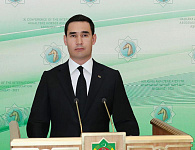 Presidential elections in Abkhazia: there will be a second round