Ebrahim Raisi sworn in as new President of Iran

Newly elected Iranian President Ebrahim Raisi was sworn into the Iranian parliament on August 5 and delivered his inaugural address.

The inauguration ceremony was attended by representatives of 73 countries, including the Chinese ambassador to Iran.

Ebrahim Raisisaid the recent presidential election was a signal of "change and justice." The people hope that the new government will keep its promises to fight corruption and discrimination, and his government will make great efforts to improve the living conditions of the population by solving economic problems, the president said.

Ebrahim Raisi noted that Iran does not intend to develop nuclear weapons, and the new government will work to lift the sanctions imposed by the United States on the country.

"Iran's nuclear program is completely peaceful. By order of the supreme leader, the development of nuclear weapons is prohibited. Iran has a defensive strategy, and this strategy does not require nuclear [US] sanctions against Iran must be lifted. We support and welcome any diplomatic proposal to achieve this goal," he said.

In addition, Ebrahim Raisi said that for to protect its national interests, Iran will attach importance to strategic engagement with emerging world powers.

"The situation in the world is changing rapidly. How well countries can defend their interests depends on their understanding of the new world and strategic engagement with emerging powers. A balanced diplomatic policy is a successful foreign policy," he stated. 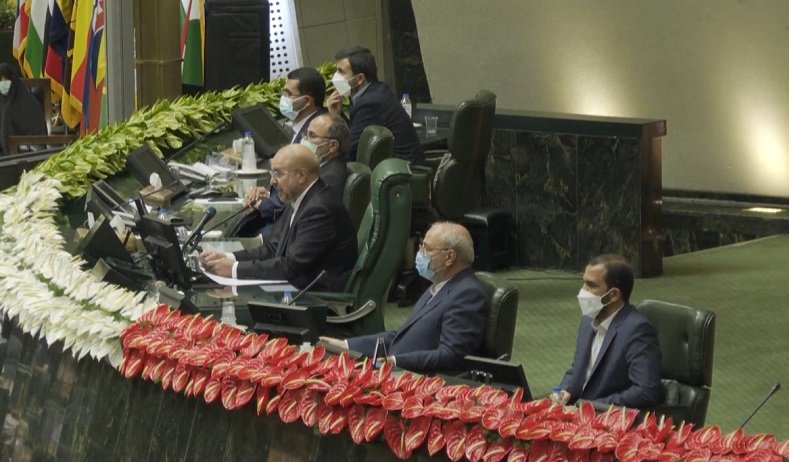 Recall that Ebrahim Raisi was elected as the new president of Iran on June 18. He officially took office after being approved by the Supreme Leader's decree on 3 August and the swearing-in ceremony held on August 5.

Turkey and Israel have entered a new era of relations

Guests of SPIEF-2018 will join the Eurasian cultural values

Russian Ambassador to Japan met with Governor of Hokkaido