Diplomatic heads of Singapore and China meet in Fujian

Singapore Foreign Minister will pay a working visit to China on March 30-31.

Singapore Foreign MinisterVivian Balakrishnan left on a working trip to China on Tuesday, where he will hold talks with his counterpart Wang Yi.

"Minister Vivian Balakrishnan will visit Fujian Province on March 30-31," the statement says. "The visit confirms the long-term and meaningful relationship between Singapore and China, including in the field of cooperation for the speedy economic recovery after the coronavirus pandemic," the Foreign Ministry stressed.

Experts also indicate that the heads of departments plan to discuss regional security issues , chief among which is the crisis in Myanmar. Both states are one of the largest economic partners of Myanmar, while Singapore acts as a coordinator of relations between the Association of Southeast Asian Nations (ASEAN) and China. Last week, Vivian Balakrishnan visited Brunei, Indonesia and Malaysia, where they also discussed the situation in Myanmar, as well as the possibility of an emergency ASEAN summit on this issue. Meanwhile, the countries of the regional bloc oppose sanctions, as well as possible foreign interference in the affairs of Myanmar.

The Myanmar military on February 1 announced a year-long state of emergency and the removal of the country's leadership, including the president and state adviser. Representatives of the army explained this by large-scale fraud in the November 2020 elections. The military formed a new cabinet of ministers. Since the beginning of February, residents of the republic have been taking part in anti-war protests, which are strictly suppressed by security forces.
Singapore China Ministry of Foreign Affairs Vivian Balakrishnan Wang Yi visit TASS
|
Facebook
|
Twitter
|
VKontakte
|
Odnoklassniki

Chinese Foreign Ministry: China will categorically not allow any countries to interfere in the Taiwan issue

For the first time in history, an Indian Prime Minister will visit Palestine

Moscow treats Islamabad as one of the priority partners in Asia

Settlement of the Syrian conflict discussed in Moscow

Second round of presidential elections held in Abkhazia

Kassym-Jomart Tokayev: the global pandemic raging in the world requires the creation of a specialized international body

Sergey Lavrov to visit Azerbaijan on May 10-11 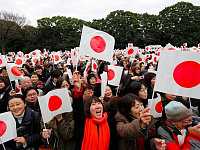