The Chinese authorities expressed strong condemnation and indignation at the terrorist attack in Pakistan. The explosion occurred on April 26 in a service minibus of the Confucius Institute at the University of Karachi. 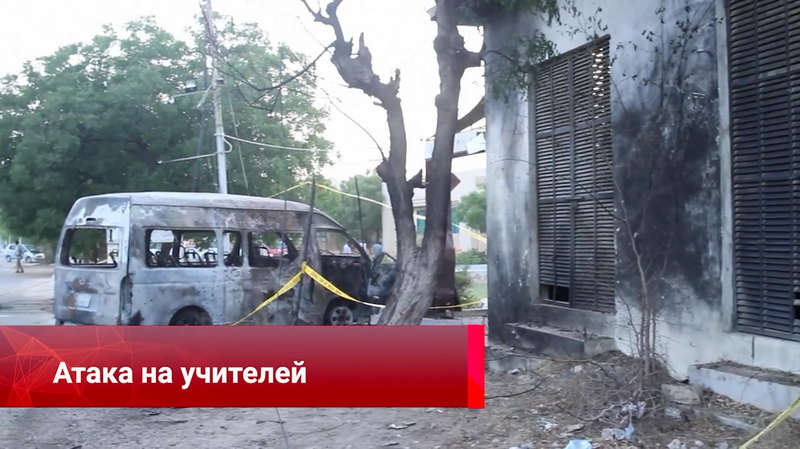 Three Chinese teachers died, another teacher from China was injured. Among the victims and wounded are also several Pakistani citizens. Wang Wenbin, official representative of the Chinese Foreign Ministry, spoke about plans to bring the perpetrators to justice.

Wang Wenbin, official representative of the Chinese Foreign Ministry:< br>
“Terrorism is the common enemy of all mankind. The blood of Chinese citizens will not be shed in vain. China firmly supports Pakistan's efforts to fight terrorism. We will make every effort to investigate and bring those responsible to justice so that they pay a heavy price."

Pakistani Prime Minister Shahbaz Sharif visited the Chinese Embassy on the day of the tragedy . He expressed condolences and stressed that the government is making every effort to thoroughly investigate the incident, arrest the perpetrators and impose severe punishment on them. The Chinese Consul General in Karachi visited an injured Chinese teacher in the hospital. He has already received proper treatment and is now on his way to recovery.

Wang Wenbin, Foreign Ministry Spokesperson:
< br> “Once again, we express our deep sorrow for the Chinese and Pakistani victims of the terrorist attack, as well as our sincere condolences to the families of the dead and injured. It was a deliberate suicide attack against Chinese citizens. The terrorists target teachers who are heirs of human civilization and active participants in cultural exchanges. Their deed is disgusting and sinister in nature. The Chinese side condemns this with great indignation."

Wang Wenbin stressed that the friendship between China and Pakistan is unbreakable. Any attempts to damage mutual trust or destroy the construction of the China-Pakistan economic corridor will not succeed.

China's vaccine shield against the onslaught of COVID-19 will become even stronger: Chinese authorities have approved a clinical trial of a new drug. 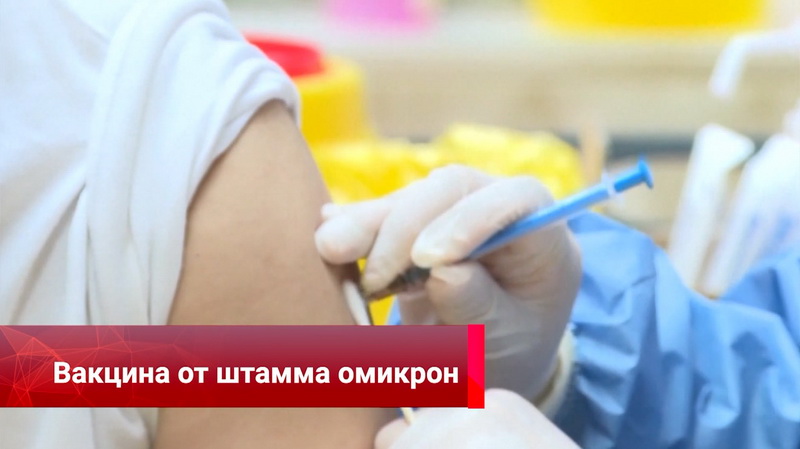 After the University of Hong Kong isolated the omicron strain last December, the pharmaceutical company Sinopharm began developing a vaccine against this variant of the coronavirus. Conducted preclinical and animal studies have shown that after vaccination a high level of neutralizing antibodies against Omicron and some other strains is produced. 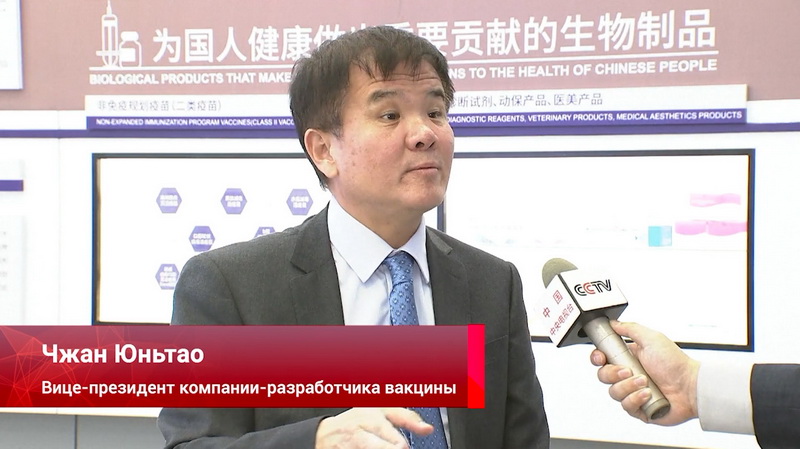 "If this vaccine comes to market, it could prevent infection or protect against severe disease caused by the Omicron strain." 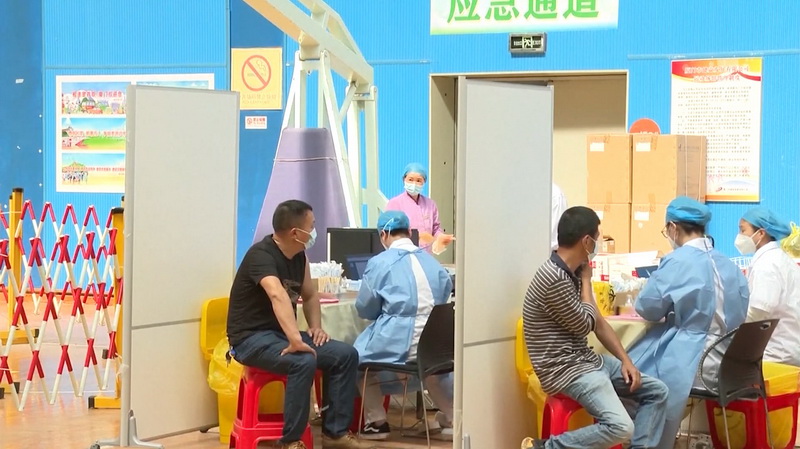 Clinical trials are planned for people over 18 who have already received two or three doses of the COVID-19 vaccine. This will allow us to assess the safety and effectiveness of the drug. According to the National Health Commission of the People's Republic of China, more than 3 billion doses of previously approved anti-coronavirus drugs have been administered in mainland China. The state pays special attention to vaccination among citizens over the age of 60.


Meteorologists warn of possible floods on the Yellow River this summer

Anomalous weather conditions were recorded on the second largest river in China - the Yellow River. Two-thirds of the meteorological stations located in its basin recorded drought in coastal areas. At the same time, heavy precipitation fell in the middle course of the water artery.  Even more intense showers are expected from mid-June, which significantly increases the risk of floods.

“More than usual rainfall will fall in the Yellow River Basin this summer. For example, in the south there will be 20-40 percent more of them. In other areas - up to 20 percent. Prolonged downpours and floods can occur both in the middle and in the lower reaches. In our forecasts, we are based on the natural phenomenon "La Nina", which leads to global cooling, and temperature fluctuations directly along the Yellow River. Taken together, the data so far give little cause for optimism.”

More than 5,000 kilometers long, the Yellow River is one of China's most important water arteries. The inhabitants of the Celestial Empire respectfully call her "mother river". The Commission for Protection takes various measures to protect against potential risks. 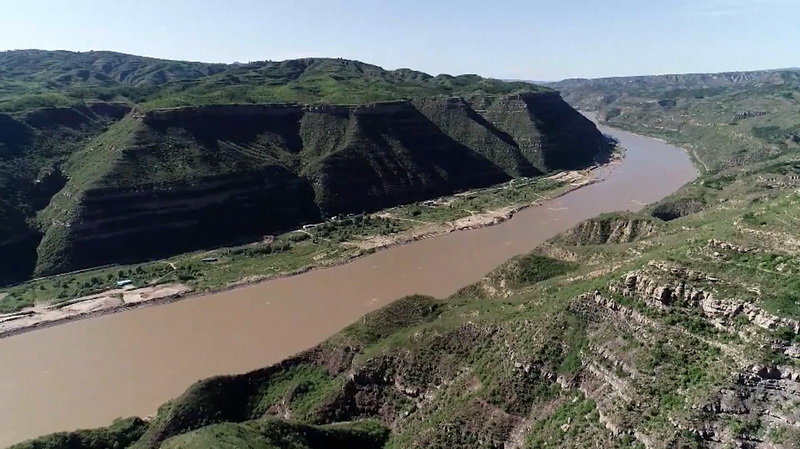 An original way to deal with corn crop failure found in Beijing. The largest DNA database of varieties of this plant helps farmers to distinguish between low-quality or fake seeds. Agricultural specialists from all over the country regularly send samples of commercially available corn to the laboratory. 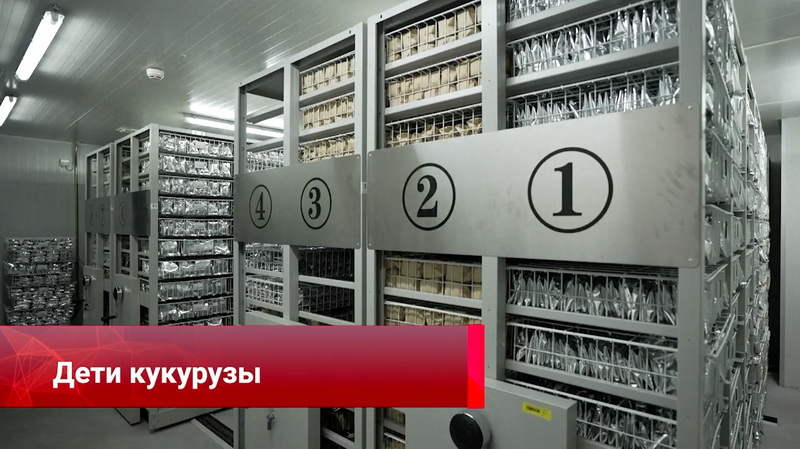 Producers of this cereal want to make sure the quality of the seeds before planting them on their plantations. Previously, identification took three to six months after planting, but now, thanks to the maize DNA fingerprint library, accurate results are available the same day. 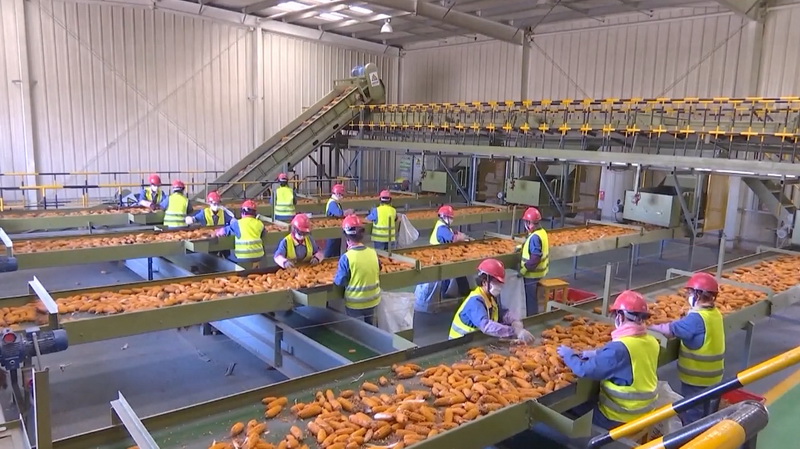 Advanced technologies allow not only to strictly control the quality of seeds, but also provide technical support to law enforcement agencies. So they find unscrupulous sellers. Another goal of creating a specialized DNA database is the selection and breeding of improved varieties.

Zhao Jiurang, director of the Maize Research Center of the Beijing Academy of Agricultural and Forestry Sciences:

“A large number of seeds are sent to us every year from all over the country. Each accession is assigned a personal “fingerprint” and will be compared against the thousands of other varieties already held in the vault. To be considered a new variety, an accession must be markedly different in DNA structure from all previously described maize varieties.” 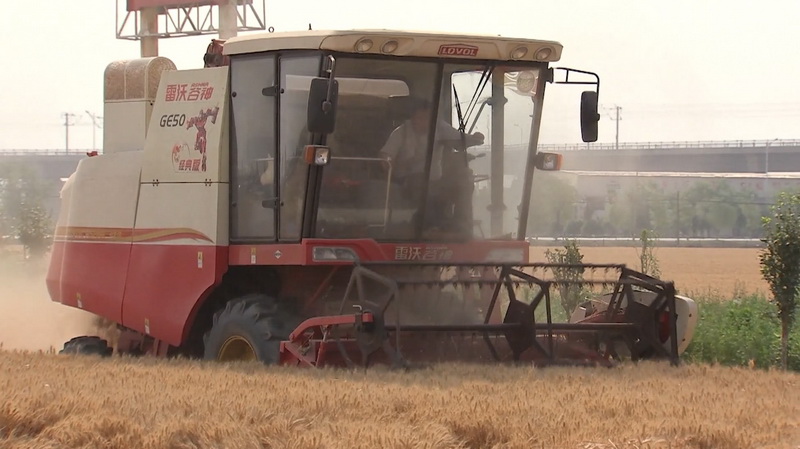 To date, the Maize Research Center has tested more than 200,000 DNA samples. The database contains information on more than 100,000 varieties of breadfruit.

During a visit to Hainan In early April, Chinese President Xi Jinping called for strengthening the development of marine research and technology. But already now there are significant achievements in the industry. 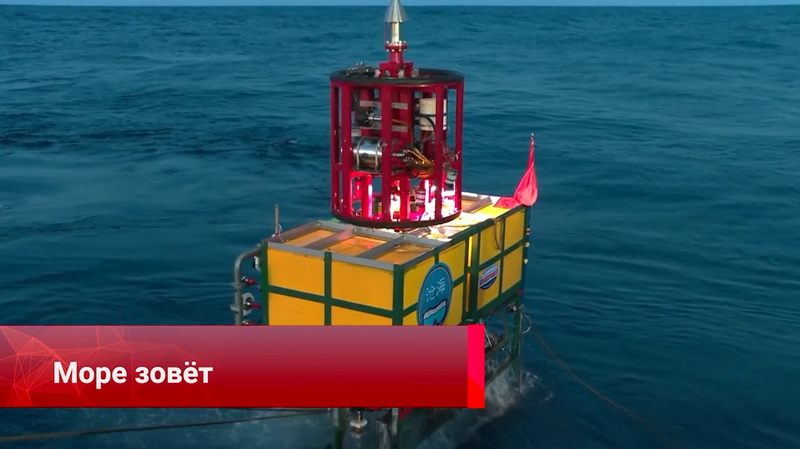 Recently, the research vessel "Tanso-2" with the deep-sea manned submersible "Shenhai Yongshi" (translated as "Warrior of the Deep Seas") returned to the base. During the voyage, experts collected many samples of bottom sediments, sea water, rocks and other biological specimens at ocean depths from one and a half to almost four thousand meters. In addition, the expedition received images of the modern underwater landscape. These samples and data are of scientific value and will be used to further study trends in the marine environment in the northern South China Sea. 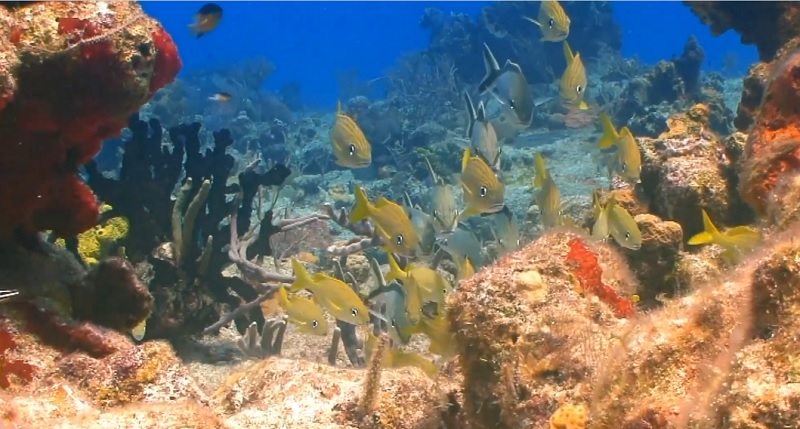 research vessel "Innovator" with a dynamic positioning system. The ship has an “intelligent” control system, it is able to conduct seismic surveys and collect various data. The safe working depth of the ship is from 5 to 40 meters, and the design of the ship is suitable for working in the seas around the world. 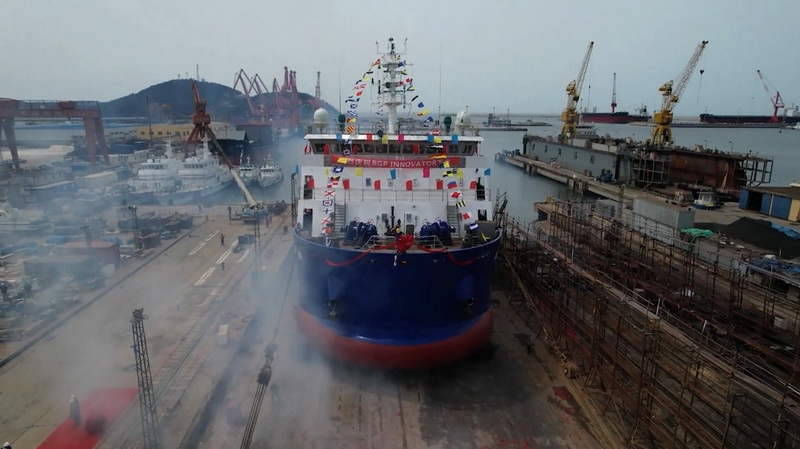 China will make preschool education more accessible. This is necessary as part of the country's population development strategy. Experts note that by 2021, less than 90 percent of the little inhabitants of China will attend kindergartens. At the same time, there are still not enough places for everyone, both in public and private preschool institutions. 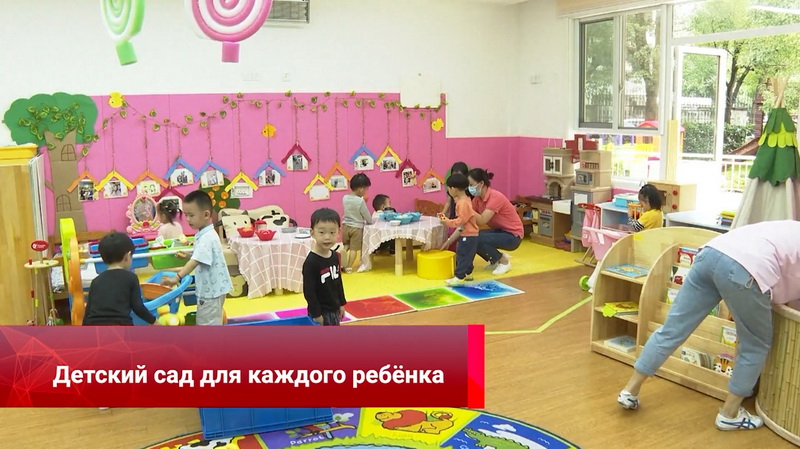 Liu Yugang, Director of the Basic Education Department of the Ministry of Education PRC:

“With the implementation of the third child policy, we will face big problems due to lack of resources. Greater efforts need to be made to further improve early childhood education. We will help ensure that every child in every locality is guaranteed a place in a kindergarten. We will study the needs of the regions and encourage the creation and expansion of preschool institutions, especially public ones. Both in rural areas and in cities with a large number of kids.”

According to the official, the number of educational institutions should be increased based on the forecast of the number of preschoolers. In addition, it is necessary to review and improve the standards for admission to kindergartens in a timely manner. Over the past decade, China has twice adjusted its course to stimulate the birth rate. 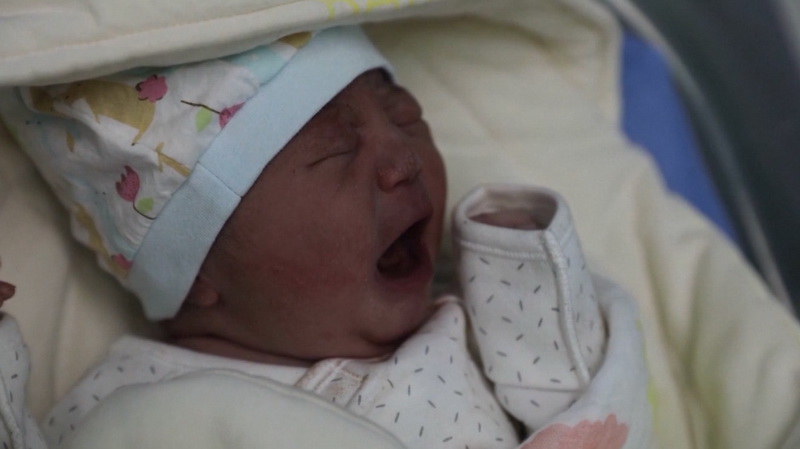 The policy of "one family - two children" began to be implemented in 2013. And in 2021, the Celestial Empire analyzed the census data, which showed a sharp decline in the birth rate, and allowed couples to have up to three children. 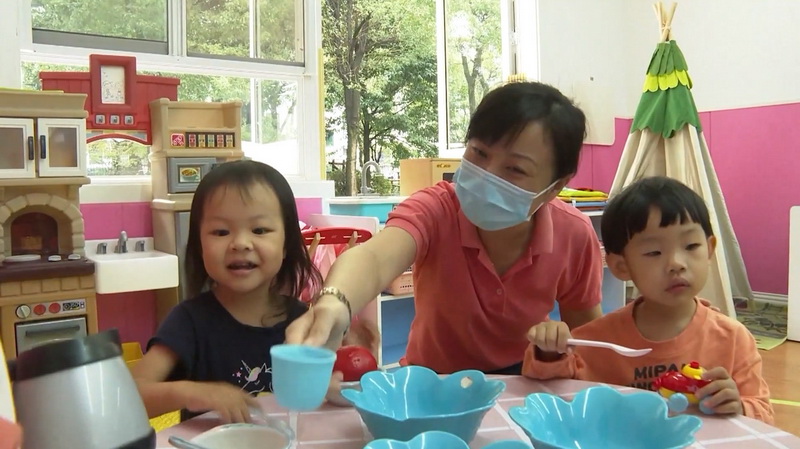 The largest aerospace exhibition center has opened in Xi'an, Shaanxi province. It took only a year to develop a project and build a complex that acquaints visitors with the history of development and achievements of domestic cosmonautics in the field of creating liquid rocket engines. In the center you can see the most complete series of such devices and get acquainted with the innovative achievements of rocket science.

“This exhibition center is the only venue in China that showcases the technological strength and innovation of the country's liquid propellant rocket engine industry. Here you can feel the scientific and technological progress, conscientiousness and thoroughness in every detail, which is actually one of the principles of our aerospace enterprise. 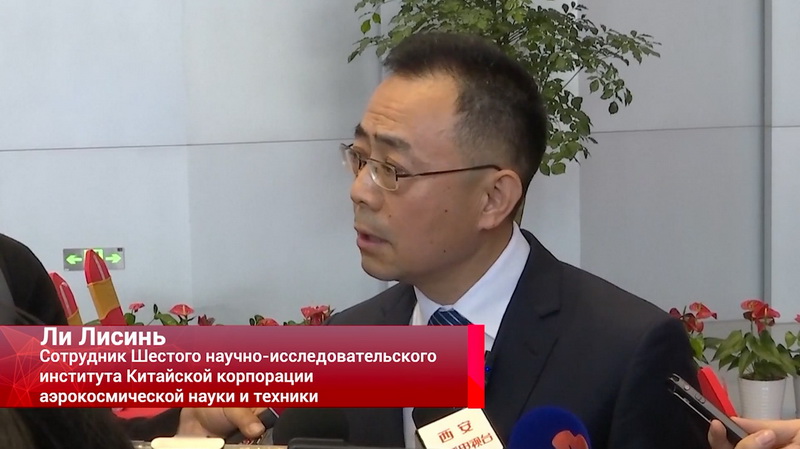 the institute has been developing for more than half a century, they have been raising Chinese missiles to new heights.

“The opening of the exhibition center marks an important historical stage in the development of China's aerospace industry. We are very proud to present such a gift to society from us, employees of the Sixth Research Institute. 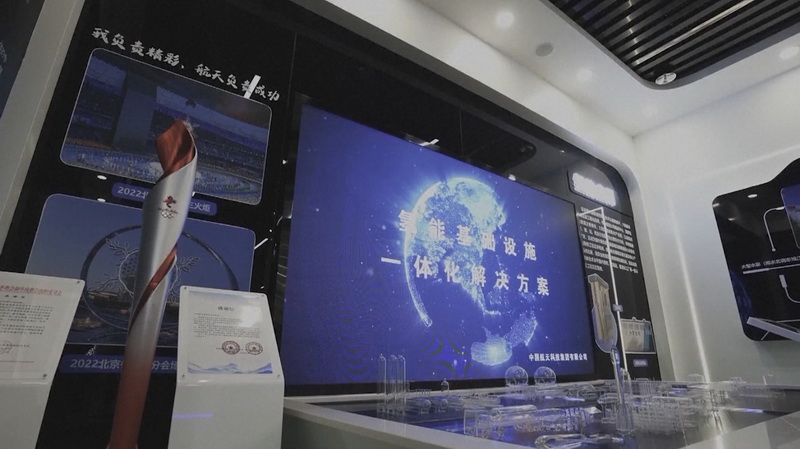 Established in July 1999, China Aerospace Science and Technology Corporation is the general 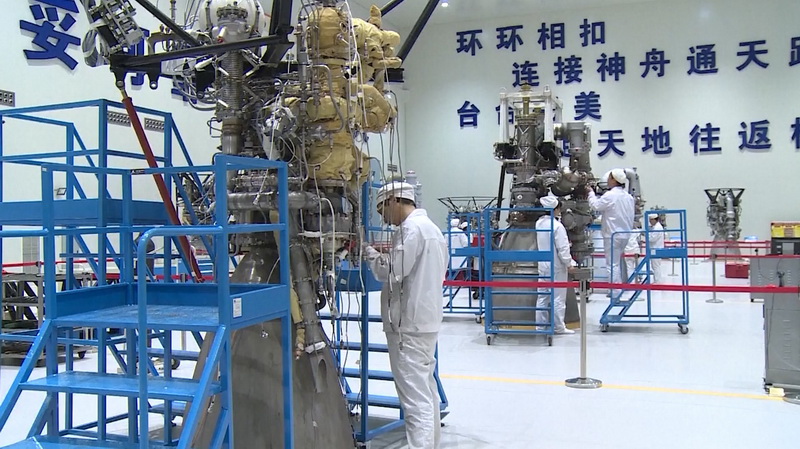 New business opportunities open up in rural areas of the country

China's state policy to revive rural life has brought its own fruit. According to statistics, 11 million people who previously left unpromising areas in search of a better life have returned home. In their native villages, many started their own business. Using the latest business models, they are creating jobs in a range of industries, from agriculture and manufacturing to services and tourism. 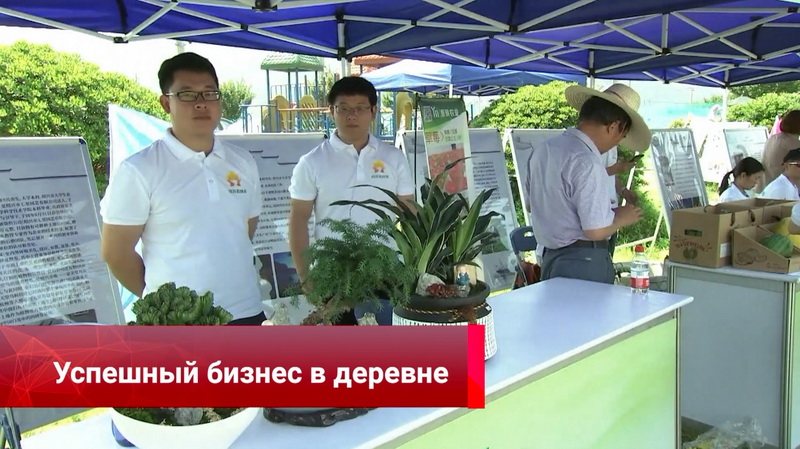 Thus, a smart breeding park was opened in Zhejiang Province sheep of the local breed hu. Now there are 50 thousand heads. Artificial intelligence and machine learning reduce the burden on employees and have a good effect on efficiency.

Wang Chenchen, employee of Hu Intelligent Sheep Breeding Industrial Park:
“We monitor sheep health in real time, as well as feed, humidity, temperature and ammonia emissions from manure. We can now regulate containment conditions remotely. In the past, one person could only raise 10 sheep. But now he can easily take care of three thousand.”

Anren County, Hunan Province is a major grain producer in China. Here the mechanization of agriculture has reached 85 percent. During spring sowing, local farmers use the mobile application to exchange information about current affairs and order the necessary equipment or supplies online. 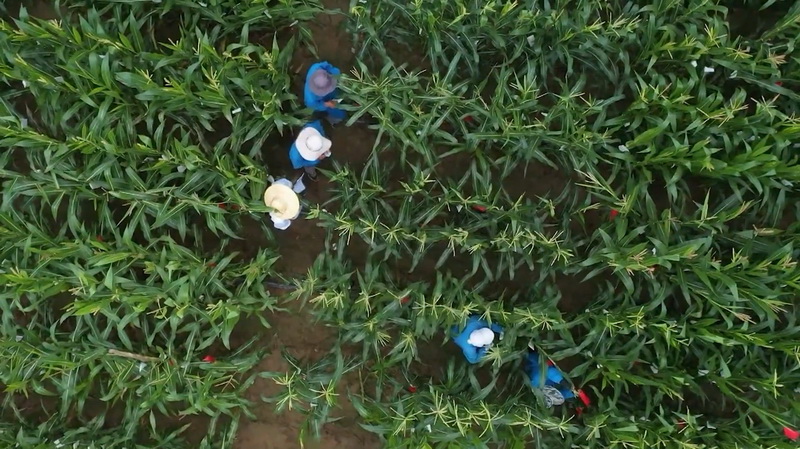 The Ministry of Agriculture of the People's Republic of China has now embarked on the next phase of the village revitalization strategy. Residents who have returned to the countryside from cities will be provided with subsidies and preferential loans. They will be able to use these funds to start their own business.

Vladivostok officially became the capital of the Far East