China Media Corporation launches All Media Service platform, which will provide new opportunities for cooperation between the media of different countries. The platform allows you to exchange materials, request the necessary sources from colleagues, as well as prepare stories and reports on their request.

The resource already brings together almost 500 media participants who will be provided with audio and video materials in English, Spanish , French, Arabic and Russian. 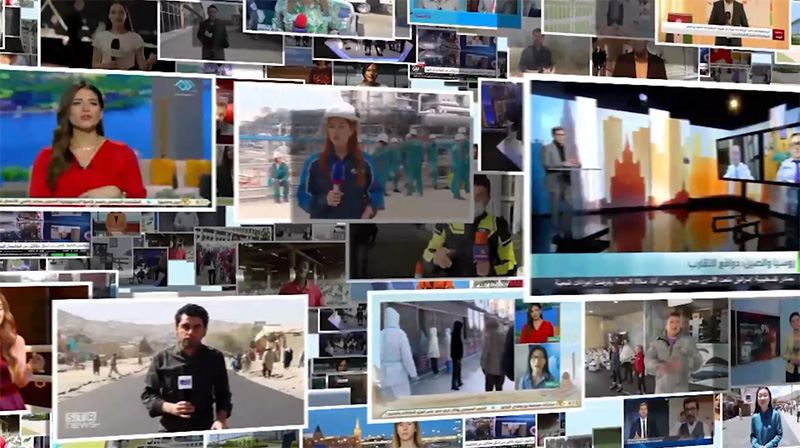 Shen Haixiong Media Corporation CEO and heads of three dozens of world media took part in the online opening ceremony of the project. 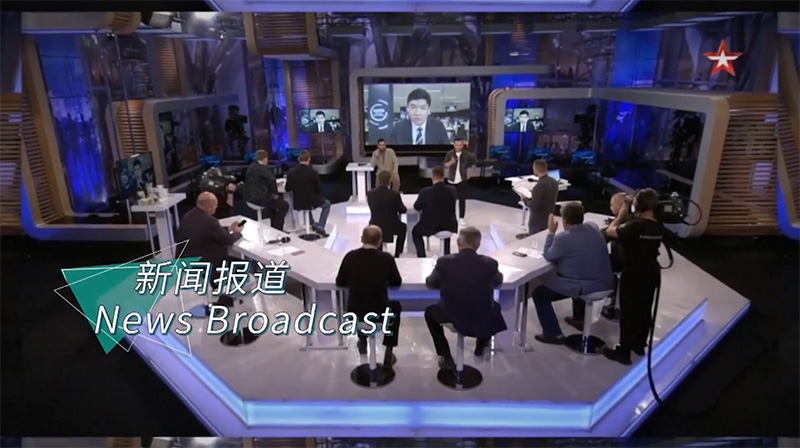 Shen Haixiong emphasized: Mediacorpo China's walkie-talkie set up a platform to create and expand channels for cooperation between the media of different countries, continue to uphold the truthfulness and honesty of news reports, jointly face challenges and achieve mutually beneficial development, promote the common values of mankind in every possible way, light the way for progress, and move forward together for the sake of common future. 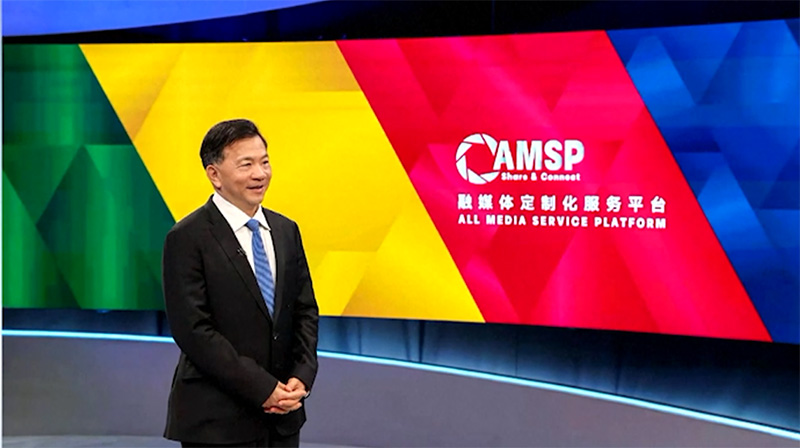 An unprecedented growth of the Chinese economy was recorded last year

According to the National Bureau of Statistics of China, the country's GDP last year exceeded 114 trillion yuan. 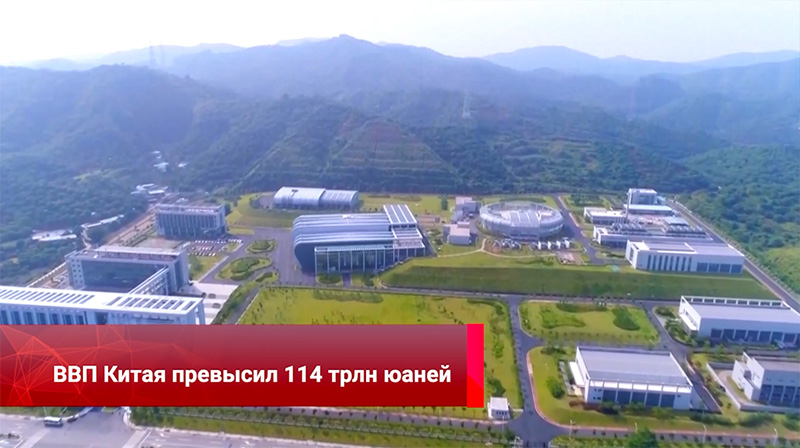 Thus, the pace of China's economic growth in 2021 against the background of the country's successful recovery after pandemics were the highest in the last 10 years and amounted to 8.1%. From official statistics it follows that agriculture is the leader in growth: the agricultural sector added 7.1%, and the service sector increased by 8.2%. 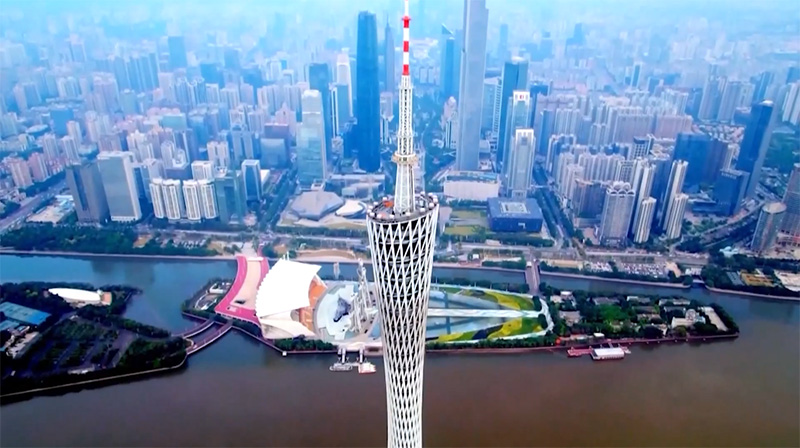 At present, China ranks first in the world in terms of trade turnover and foreign exchange reserves. It has no equal in the influx of foreign investment and the development of the consumer market.  GDP per capita grew by 8 percent, amounting to almost 81 thousand yuan. 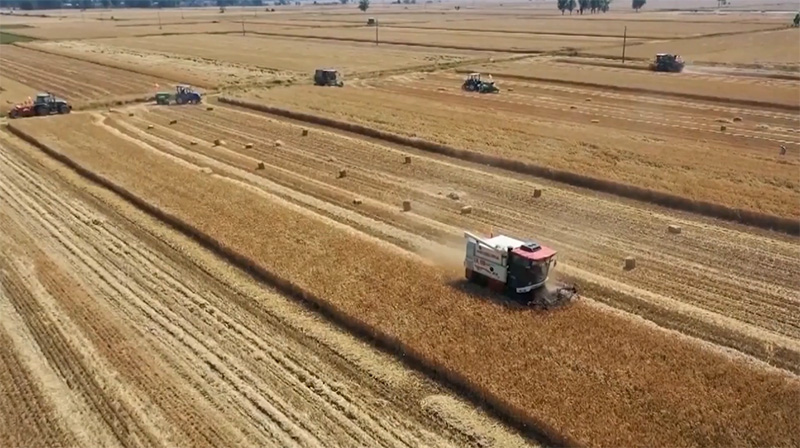 According to the report of the National Bureau of Statistics, the role in restoring the world economy, trade, maintaining and preserving global production chains.

China's State Council Information Bureau released the 2021 US Human Rights Violations Report. The report, divided into six parts, reveals the political manipulation of the US government that led to a sharp increase in the number of deaths from COVID-19. In the United States in 2021, the largest number of people in the world died from coronavirus infection - almost half a million out of 35 million infected. 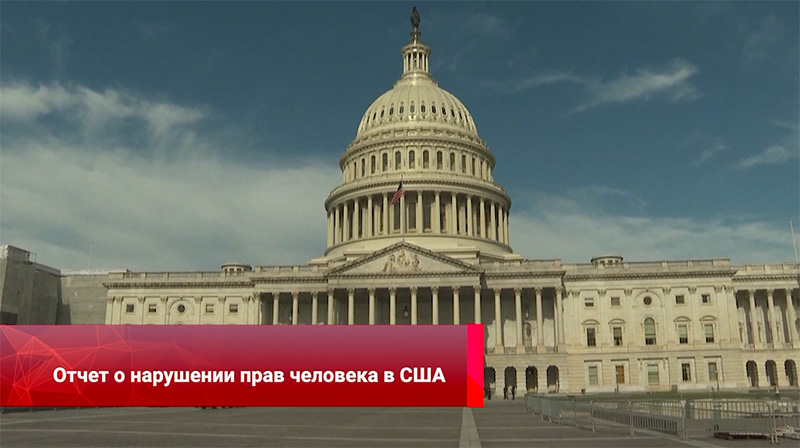 The situation with public security has deteriorated significantly. Crimes involving violence and the use of firearms have become predominant in the States. In 2021, there were 693 mass executions there, which is 10% more than in 2020. More than 44,000 people were killed as a result of the use of firearms. 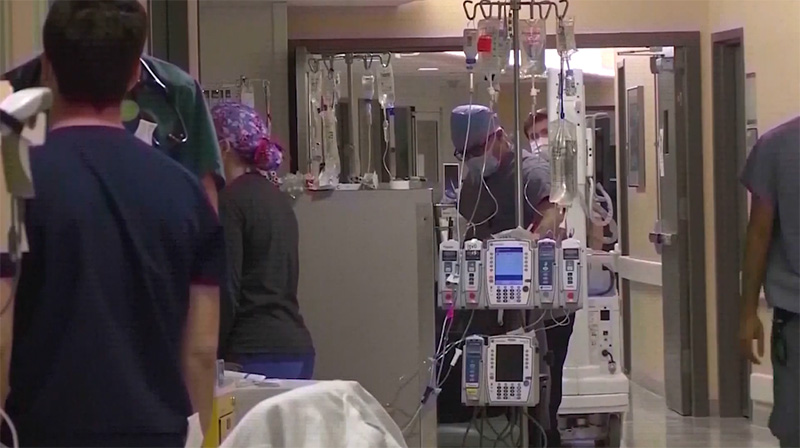 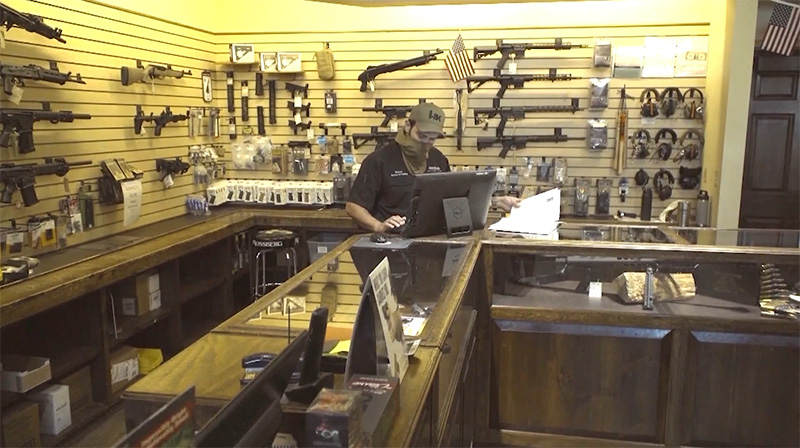 The Information Bureau of the State Council of China also notes the growing discrimination against ethnic minority groups, especially those of Asian origin. The unilateral actions of the American authorities have led to new humanitarian crises around the world.


The first flight from Alashankou to Tashkent took place

From the city of Alashankou, the nearest large railway junction in China to the countries of the European Union, the first commercial train set off for Tashkent.  Among the cargoes delivered to the capital of Uzbekistan were components of solar panels, clothes, textiles and utensils.

This was made possible by the decision of the State Council of China to establish comprehensive cross-border e-commerce pilot zones in 27 cities and regions countries. 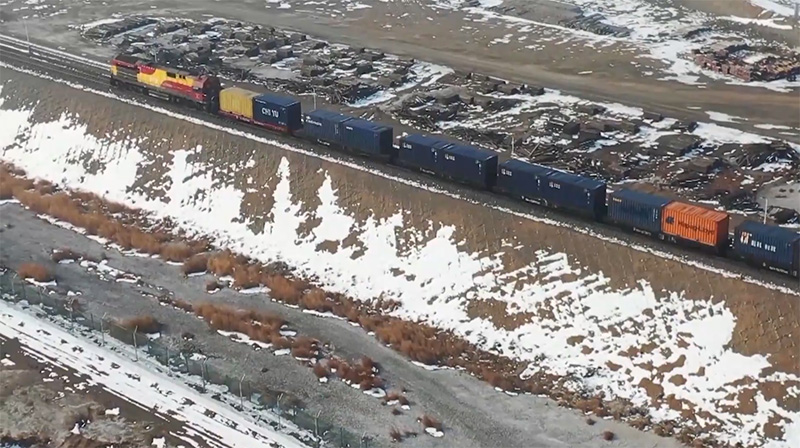 “We spent a little less than three weeks getting the freight train ready. This is the first train to reach Uzbekistan from our cross-border e-commerce pilot zone.”. 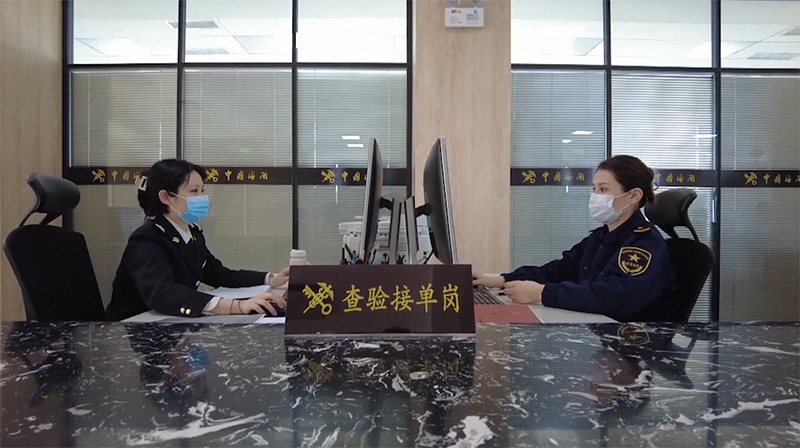 Through the Alashankou terminal, Chinese products are sent to Central Asia and Europe not only by rail, but also by road. Thanks to simplified customs clearance, as well as the use of intelligent technologies, the delivery time of goods and the cost of costs are reduced.

Construction of Asia's first 300-meter deep-sea platform designed and built in China completed in Zhuhai, Guangdong Province.  The basic structures are built into the seabed, which will hold the huge hull and tonnage of the Lufen 15-1 drilling rig.  The so-called "Ocean Base-1" weighs 30,000 tons and is 110 stories tall.

Gao Shuang, Project Manager:
"Ocean Base 1" will be installed at a depth of about three hundred meters. This is a technological breakthrough for us, because the project, construction, installation of equipment at such a depth is a first for China. I am sure that oil production using this design will give a new impetus to the economic and social development of the Guangdong-Hong Kong-Macau Great Bay area." 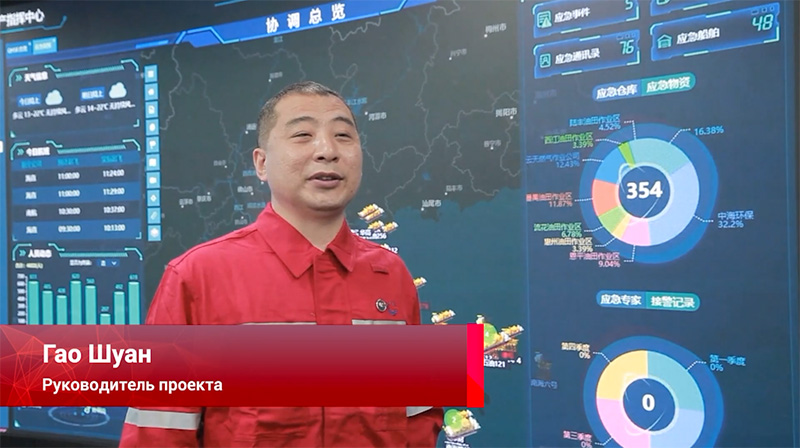 Such drilling platforms are the most used for offshore production "Oceanskaya base-1" is currently one of 10 structures in the world capable of providing hydrocarbon production from a depth of 300 meters. It will be installed on the shelf at the end of March. 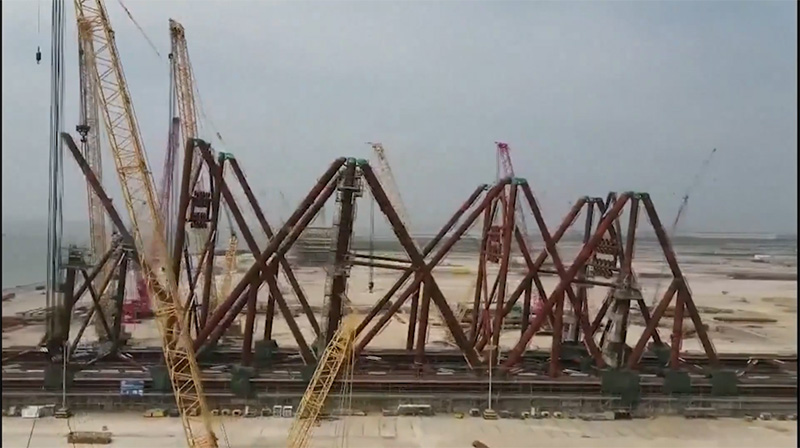 Construction of a new generator block of the Tianwan Nuclear Power Plant begins in Lianyungang, Jiangsu Province. technical and economic cooperation between China and Russia. It is expected that the eighth block of generators will be put into commercial operation by 2027.

After completion of construction, the new project will increase the total capacity of the power plant to more than nine million kilowatts and will produce up to seventy billion kilowatts annually. hours of clean electricity, enough to power 100 million households for three months. 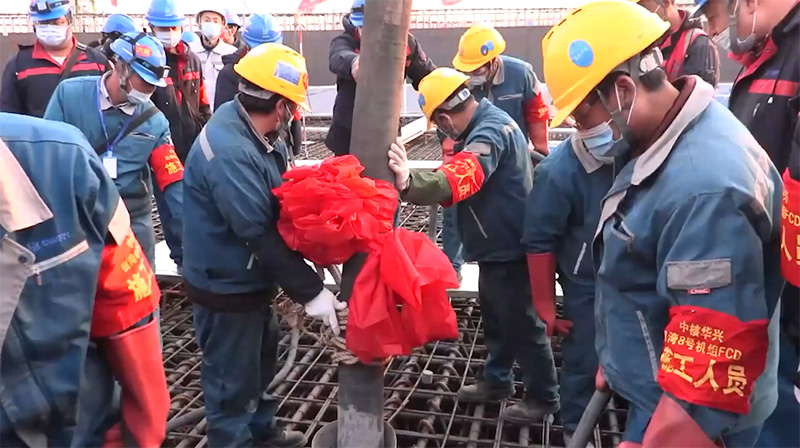 On the last day of February Rare Disease Day is celebrated around the world. There are now about 20 million patients with such diseases in China. Annually orphan, i.e. Rare diseases are diagnosed in more than 200,000 people in China. The state seeks to improve the prevention, diagnosis and treatment of such patients, as well as to reduce the prices of medicines.

For this purpose, more than 500 research works are being carried out in the country in key medical and scientific institutions, which gives a tangible result. Previously, in order to establish a diagnosis for a rare disease, it took an average of 4 years, now it takes 4 weeks.

“Last year we consulted almost eighty patients with rare and severe diseases. So far, only four cases remain undiagnosed. The condition of most patients improved, and we were able to stabilize almost ten percent of the patients.”

In order to reduce patients' exorbitant medical costs for treatment, China's National Medical Products Administration has accelerated the drug registration process, and The Ministry of Health of the People's Republic of China has reduced the prices of medicines and included some of them in medical insurance. Eighty percent of drugs for the treatment of orphan diseases are currently available on the domestic market and are eligible for reimbursement.

“Our pharmaceutical companies need to make every effort to research and develop new drugs. In order for people to be able to significantly reduce the cost of treatment, we need domestic drugs.”

Since rare diseases are mostly congenital and hereditary, the National Health Commission urged expectant parents to undergo the necessary examinations before and during pregnancy, and to do newborn screening, which effectively prevents rare diseases.


The state provides assistance to farmers throughout the country

The air is getting warmer and farmers across China are plowing and planting. In this they are assisted by modern machinery and local government support. In Heilongjiang province, the administration is giving farmers the opportunity to get a loan to buy agricultural machinery and materials for spring farming. 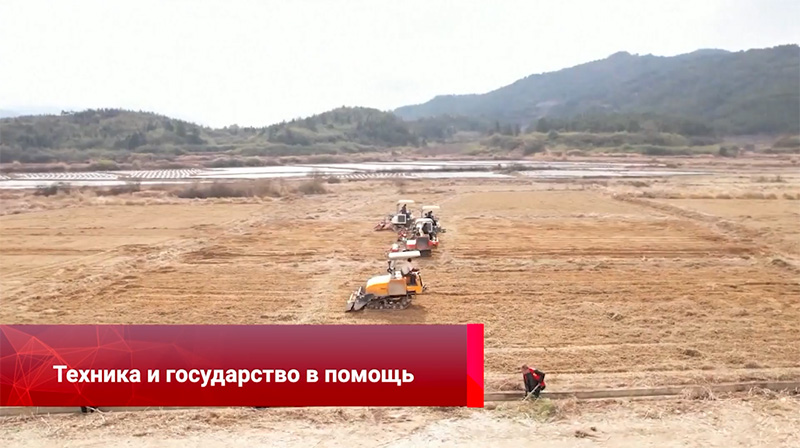 local governments are leveling the soil and erecting water protection structures. The authorities are planning to turn poor land into high-quality farmland so that local farmers get plots to grow crops.


A law on the protection of wetlands has been adopted

China passed a law on the protection of wetlands, which will come into force on June 1. This law is an important step in the preservation and restoration of the vast wetlands of the Middle Kingdom.

Called the kidneys of the Earth, wetlands play a vital role in water purification, flood control and biodiversity conservation, but they are strongly influenced by human activities. China contains about ten percent of all wetlands in the world.

Zhang Yimo, WWF project coordinator:< br>
“Protection of wetlands is a global challenge as people use them extensively. Chinese lawmakers must find a balance between strict protection and sustainable use.”. 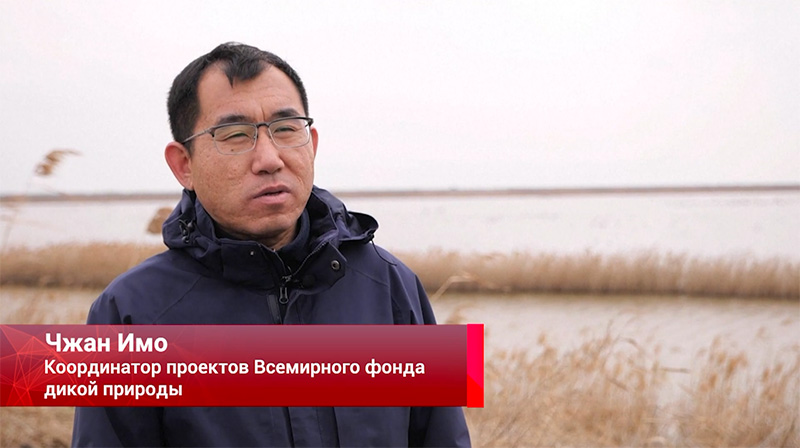 The law defines the responsibility of state departments, as well as provisions on the protection, use and restoration of wetlands. 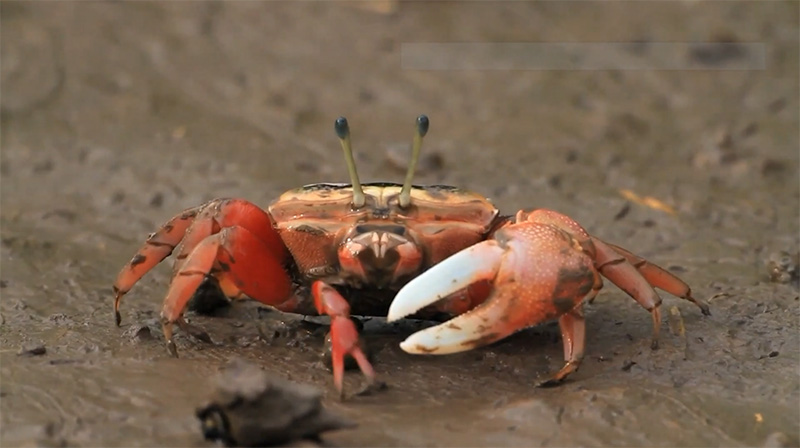 Ankara says it will not impose anti-Russian sanctions

Russian-Armenian consultations on information security issues were held in Yerevan