Beijing schoolchildren received a letter from the Chinese space station

Gold medalists of the 2022 Winter Olympics and Paralympics were awarded in China. At the ceremony at the Great Hall of the People in Beijing, 148 athletes received awards, including one posthumously. The winners of the Games were congratulated by the President of China Xi Jinping.

Sui Wenjing, gold medalist of the 2022 Winter Olympics in pair skating:< /b>

“We are happy to see Chairman Xi again. His constant support gave us spiritual strength. We performed at the very end of the Olympics, and the two-week wait before the competition was quite painful. We rejoiced at the excellent performances of our teammates, but still experienced stress. President Xi met with us a month before the Games, he told us to remain calm and trust our strength. His words resounded in my head all the time, and it was they who supported us to the end.

“We have kept President Xi's concern for athletes in our hearts. It is a great joy to participate in such an amazing event at home, to earn a gold medal and glorify our country.” 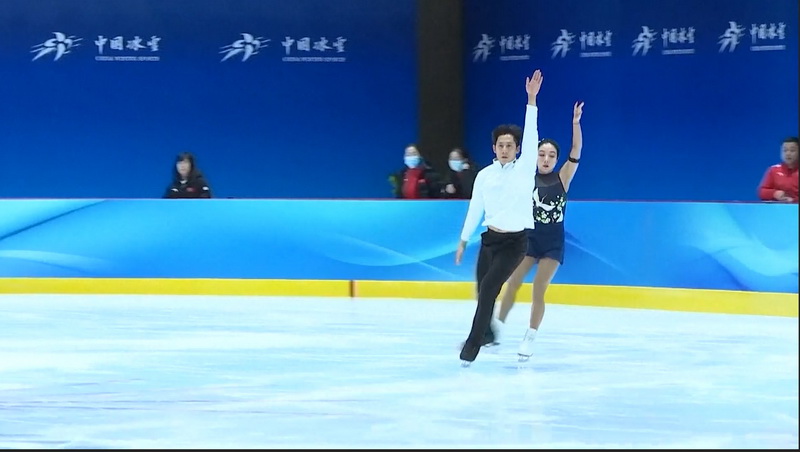 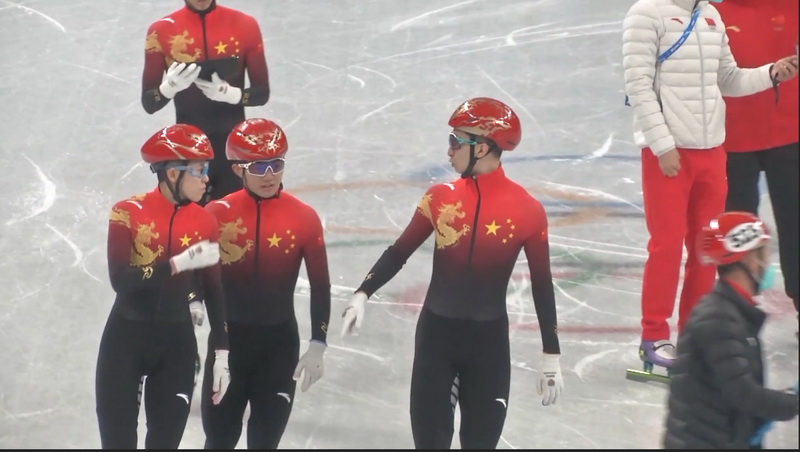 “I want to pass on Chinese sportsmanship and the Olympic spirit to the younger generation. I hope they are ready to compete, are not afraid of challenges and never give up, and that more people will take up winter sports.” 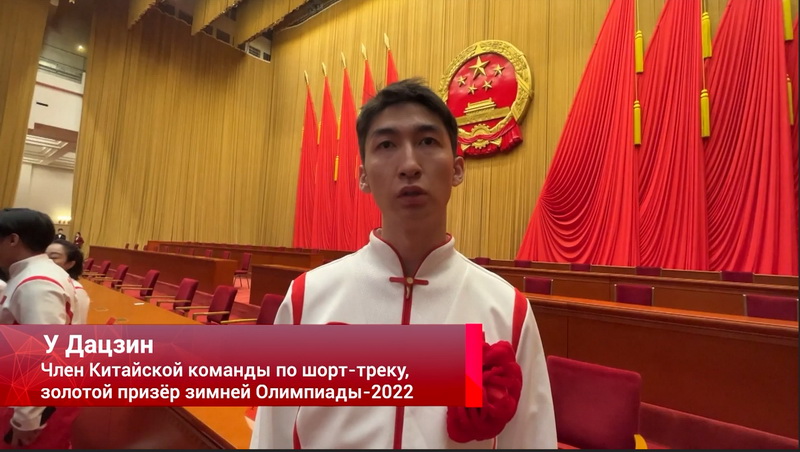 At the Beijing Winter Olympics The Celestial Empire received a total of 15 medals, nine of them of the highest standard. In the Paralympic Games, which followed the Olympics, the country became the champion in the medal standings - it received 61 awards, including 18 gold medals. 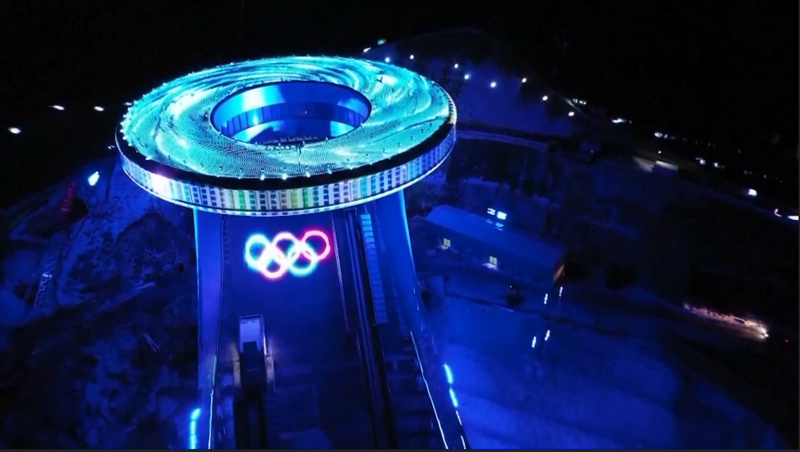 The whole country supports Shanghai in the fight against the novel coronavirus outbreak. Thus, the city of Jingzhou in Hubei province sent ten trucks carrying 260,000 units of medical protective materials and 22,000 emergency items. The enterprise also in Jingzhou collected and packed 30 tons of fresh vegetables for Shanghai residents in three hours. 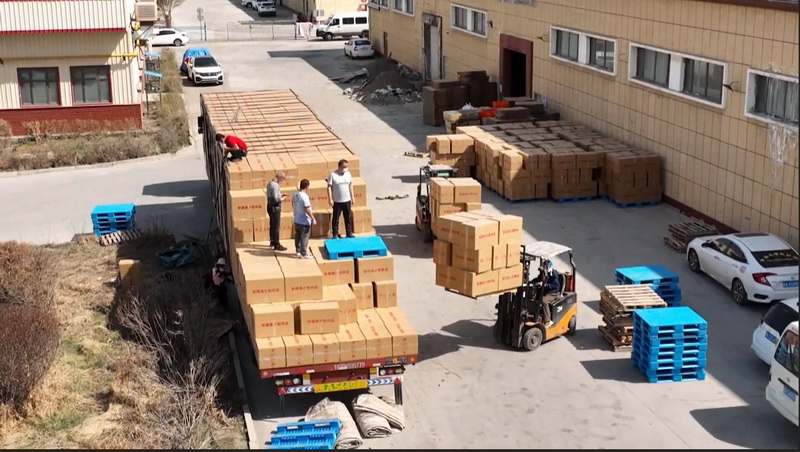 Song Xiuhong, Director of Supply and Marketing Cooperative of Xinjiang Uygur Autonomous Region:
< br> “We urgently prepared 100,000 Xinjiang specialty dishes. The production value was eight million yuan. They are packed and ready for distribution. We made three batches in total.” 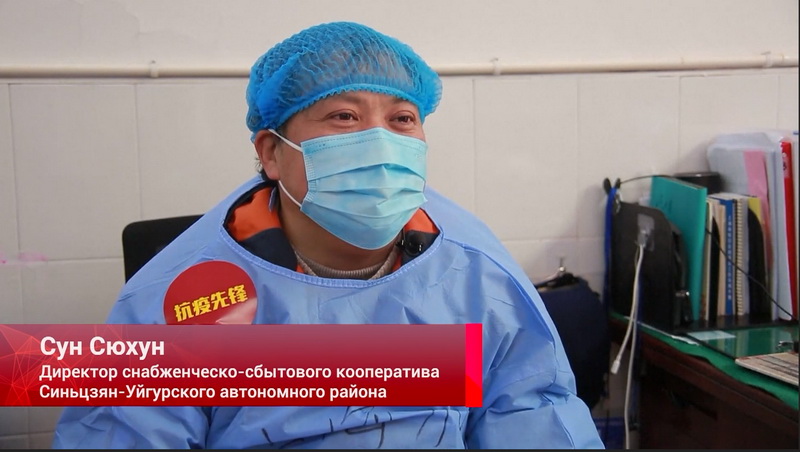 Temporary hospital centers are being built at an accelerated pace in Shanghai itself. Four insulators for 38,000 beds have already been put into operation. The largest of them, for 50,000 seats, will open in the city exhibition center. Bunk beds are provided there so as not to separate sick families. 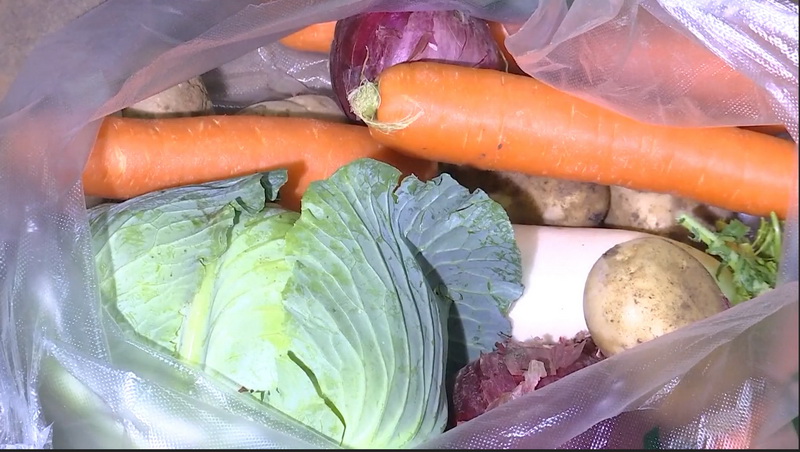 Chen Erzhen, physician, director of the temporary hospital at Shanghai Expo Center:< br>
“The lives of our patients and their safety come first. With maximum speed and to the highest standards, we will complete the temporary hospital. It will be put into operation immediately upon completion of construction.”

Despite the pandemic, Shanghai residents continue to work in industries that cannot be stopped. Chip factories are among them. 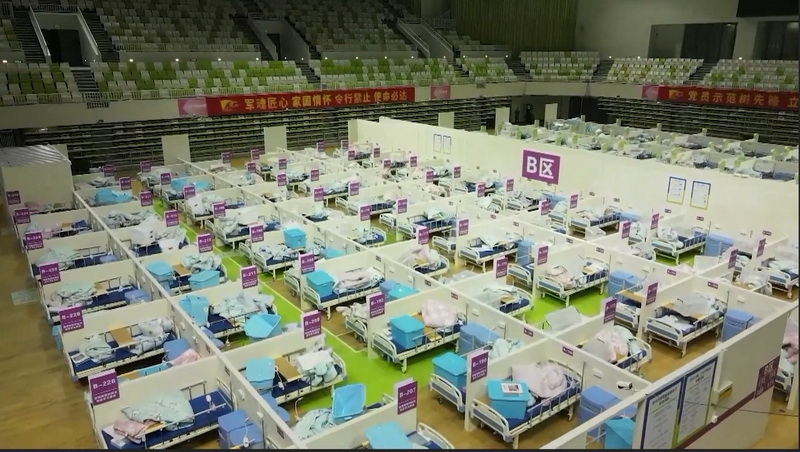 To protect the semiconductor supply chain from disruption, the local government has allowed manufacturers to operate in a "closed-loop" system. Companies provide employees with sleeping quarters and other amenities right at the factory. Many of the specialists have been at the workplace for more than two weeks.

Wei Zhengying, Hua Hong Semiconductor Chip Factory Manager:< br>
“Chips are required worldwide and supplies are limited. Our first priority is to ensure continuous production of microcircuits so that all other processes do not stand up.

6,000 workers have been living in five factories that develop chips since March 27. Corridors converted into sleeping quarters, and temporary showers were installed in the toilets.

Global chip sales in 2021 hit a record high of $555 billion. They are expected to grow another 9 percent this year. Chip makers have to increase capacity to meet demand. 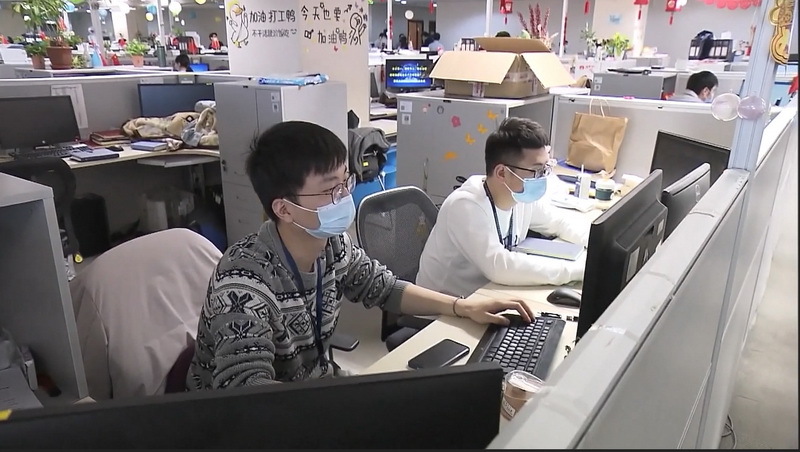 China invests about 800 billion yuan in construction of water facilities this year. Financing will be directed to preparatory work for 55 major projects. Among them are flood prevention measures, environmental restoration, high-tech smart farming and water intakes. They also plan to reinforce over 1,700 dilapidated tanks. 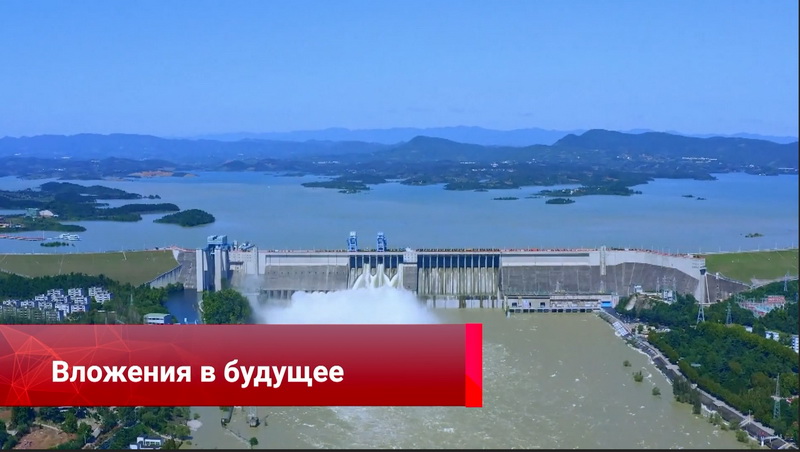 In addition, this year, new auxiliary facilities will be modernized and built for 570 large and medium-sized areas with artificial irrigation, more than 12,000 kilometers of rivers and tributaries will be used. 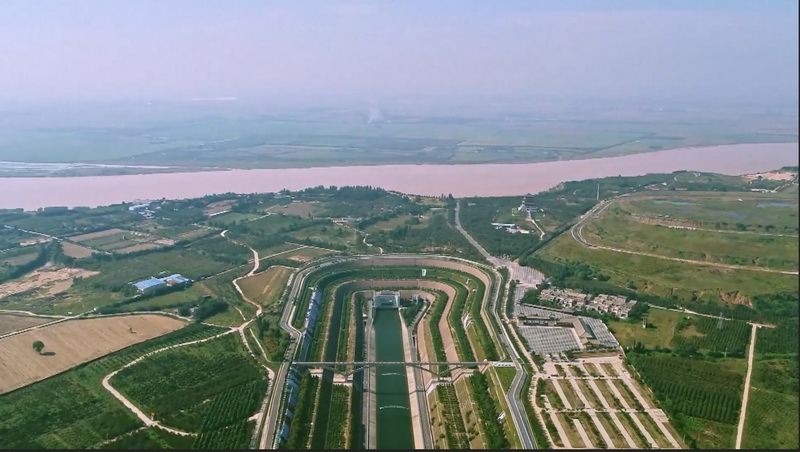 Wei Shanzhong, Vice Minister of Water Resources of the People's Republic of China:

"Large projects will play an important role in ensuring national water security, promote joint regional development and sustainable economic growth, because they can attract a large number of investments, have long production chains and provide many employment opportunities.” 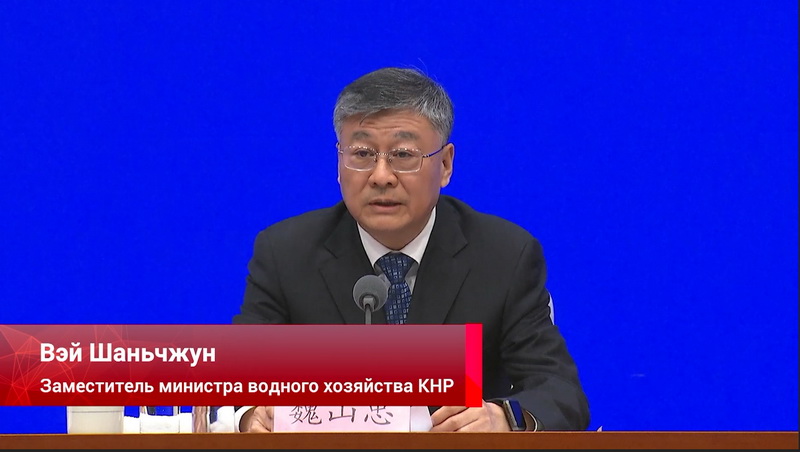 China will also continue to work to combat soil erosion and groundwater overflow in the northern regions, and will build more than 90 reservoirs this year. 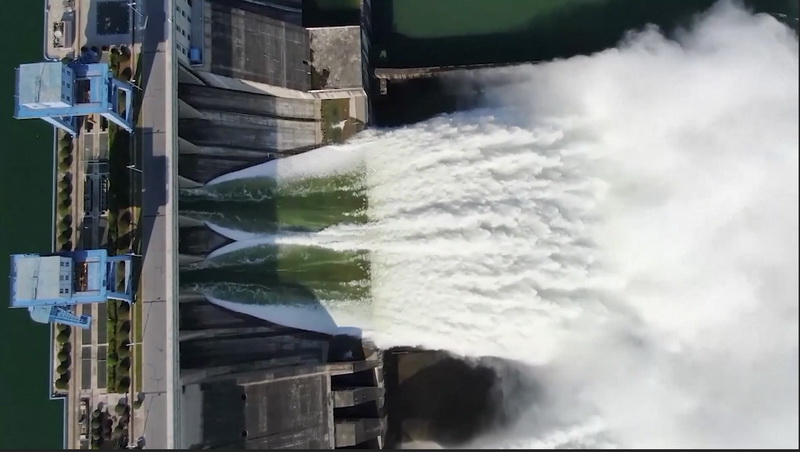 China has completed the construction of its own navigation BeiDou System

China has completed the BeiDou, or Ursa Major, global satellite navigation system. In the 27 years since the launch of the first satellite, only 45 spacecraft have entered orbit.

By the end of 2020, the investment in the development of China's satellite constellation has exceeded 400 billion yuan. Beidou system , which has been compared to GLONASS and GPS, has found application in satellite communications, navigation, mapping, transportation, farming, and finance.
Chips designed specifically for BeiDou have entered mass production and are widely used in the field of Internet of Things and consumer electronics.< br> 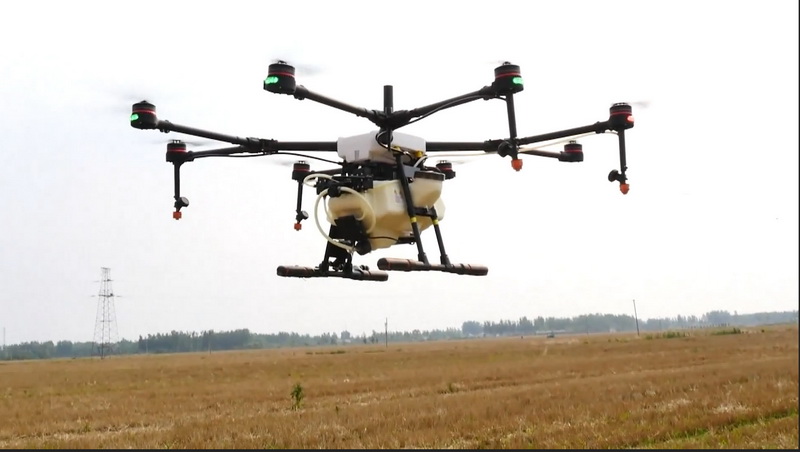 To date, the total number of products with BeiDou positioning service has exceeded 1 billion. By 2021, 325 million Chinese smartphones compatible with BeiDou navigation have been sold. This is 94 percent of total sales. The system also works in cars, today more than 8 million cars are equipped with it. The national satellite program is also installed in many fishing boats, trains and agricultural machinery.

A new multimodal route has been opened in China. It directly links China and Myanmar. The path consists of several stages. First, the freight train departs from the largest inland river port of Guoyuan in Chongqing to the capital of Laos, Vientiane. There, the goods are transferred to road transport. Trucks go through Thailand to the end point - the city of Yangon. The new route saves about 20 days of travel one way. 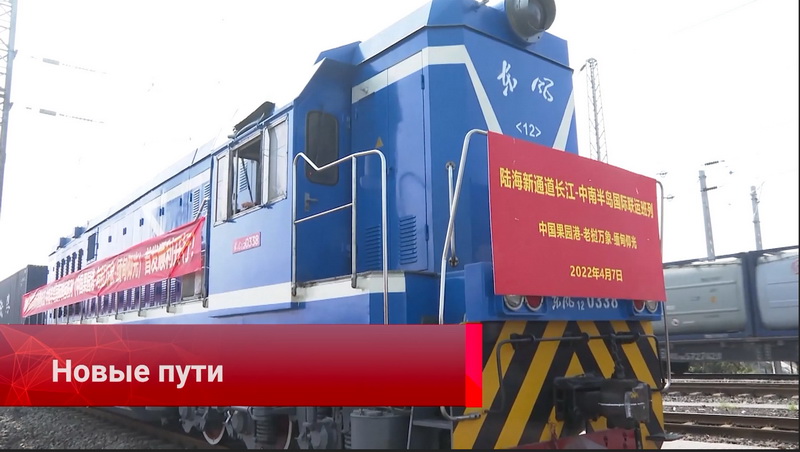 “This is the first international freight train from Guoyuan port to Myanmar. The new route connects the Yangtze River, the Indochina Peninsula and the Indian Ocean, using water, rail and road transport. Guoyuan Port is a huge transport and logistics complex, which will connect more and more routes and production chains in the future, and thus promote the healthy development of logistics and trade.” 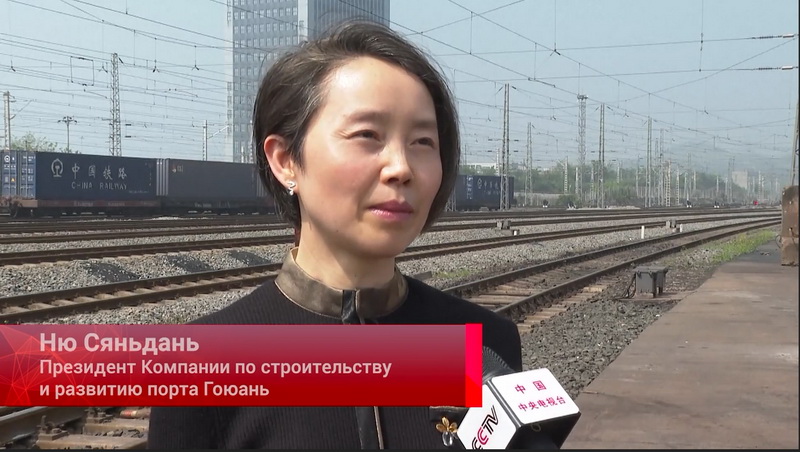 Freight route Chongqing-Yangon was implemented as part of the New International Land-Sea Trade Corridor. Guoyuan Port is China's largest inland river junction at the intersection of the One Belt, One Road trade route and the Yangtze River Economic Belt. It will be of strategic importance in the new model of domestic and international logistics.


Beijing schoolchildren received a letter from the Chinese space station

Shenzhou-13 taikonaut Wang Yaping responded to a letter from Beijing school students. She told the children about the beauty of the endless space and encouraged them to work hard to make their dreams come true.

In March, schoolchildren, along with thousands of people, listened to a popular science lecture live from the space station. After the broadcast, the students wrote Wang Yaping a letter of thanks, and a few days later received a response. 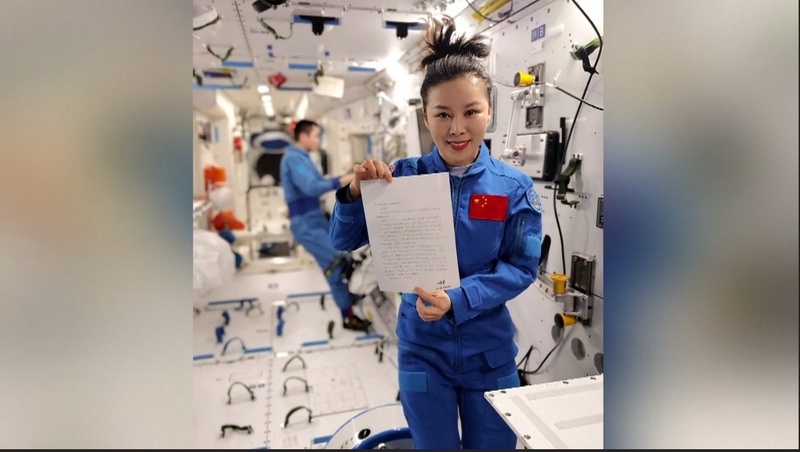 “From the answer of Wang Yaping, we understood the main thing: in order to realize our dreams, we must not only look at the starry sky, but and study well and work hard to stand firm on the ground.”

“The children were very happy when they received the answer. In fact, education is the influence of people on each other. And the best thing is when children see role models in real life.”

Three taikonauts aboard the Shenzhou-13 spacecraft entered the Chinese space station on October 16, 2021 for carrying out the longest mission in the history of the country. 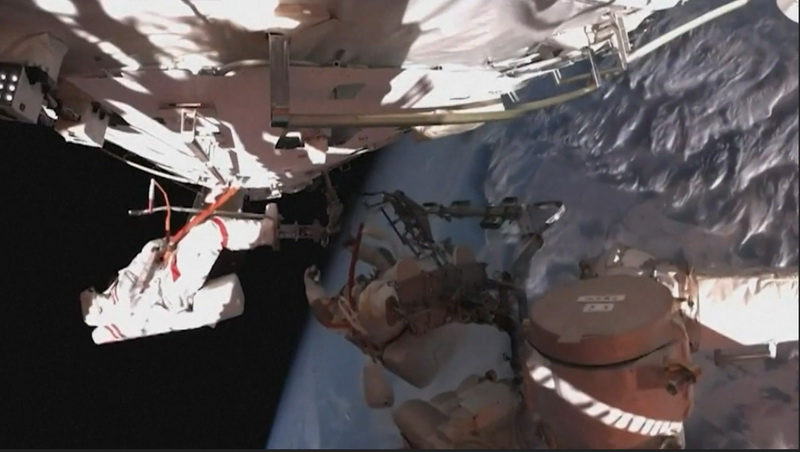 The podcast industry is booming amid the pandemic

Podcasts or audio programs you can listen to online , gained popularity and attracted a huge number of listeners in the Middle Kingdom. Experts attribute this to the fact that amid the pandemic, more and more people are spending time at home and turning to the Internet for entertainment, recreation or self-education. 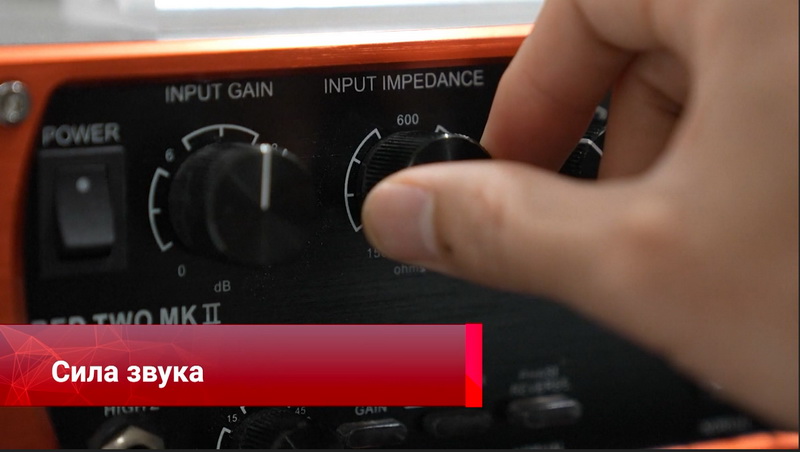 Sun Min and Zhou Ke professor at South China University of Technology. When they are not lecturing, they record their podcast called "The Aesthetic Commune".

“We started the podcast in the spring of 2020. We used to travel a lot, but due to the pandemic, we have to spend time at home. So Zhou and I decided to start a podcast.”

Several Chinese Internet platforms offer their services for podcast authors. They not only help with audio recording and publication, but also advise novice authors on a variety of issues.

“In terms of the full life cycle of our service, we help podcast creators through and through. The first step is choosing a topic. For many authors, this moment causes concern.”

China's audio content industry has grown into a dynamic ecosystem in just two years. Almost 8,000 new podcasts were launched in 2020 alone. This is 400 percent more than in 2019. And by the end of 2021, 36,000 different podcasts could be listened to in China.


A panda in the reserve was caught in an unusual position

An infrared camera in a nature reserve in southwest China captured amazing footage of a panda tagging a tree while standing on its front paws and stretching out its hind legs like a dog. 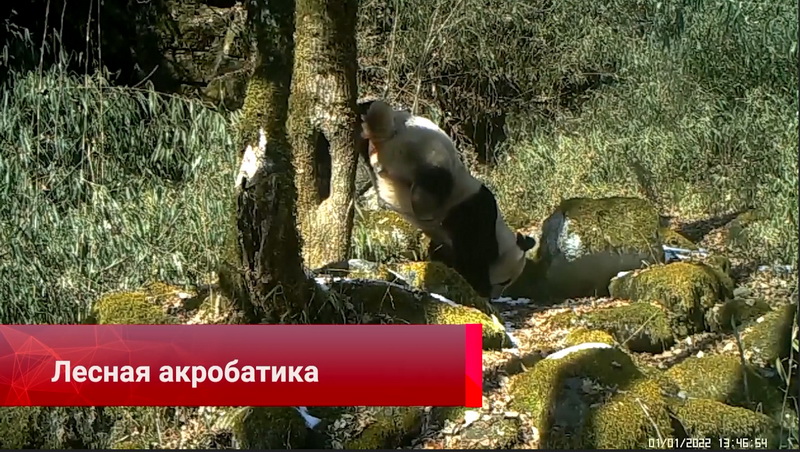 “In the video, a male panda leaves his scent on trees to attract females during estrus. Since we started watching him, the bear has already marked trunks about 50 times.

According to the staff of the reserve, panda males often mark trees in this bizarre pose. Animals literally stand on their heads to leave a mark on the trunk as high as possible. In the world of pandas, this is a sign of the strength and power of the male. And the elegance of the pose in such matters is not at all the main thing.

US inauguration celebrated in Indian village

Japan declared the right to self-defense

Special representatives of Armenia and Turkey met in Moscow

October 24, 2021 - the day of the presidential elections in Uzbekistan

Russia sent two more warships to the coast of Syria

Pros and cons of new electoral system discussed in Bishkek