ASEAN countries will oppose the spread of extremism in social networks

Foreign ministers of the Association of Southeast Asian Nations (ASEAN) have issued a statement against the spread of extremist materials on social networks, writes

The fact that the hotels of the metropolis suffer the biggest losses not only in comparison with European destinations, but and with other cities of the country, is evidenced by the data of the Turkish Hotel Association (TÜROB), which published the results of the industry .

According to the head of TÜROB, Timur Bayindir, the decline in revenues will be even more noticeable in the second half of the year, as Istanbul hotels experience a traditional decline in summer.

In January-June, almost 4.4 million foreign tourists visited Istanbul, which is 1.3% less than the same period a year ago. As well as throughout   of the whole of Turkey, the Russian tourist flow showed excellent dynamics; up to 201 thousand people, the message says. At the same time, other traditional Istanbul markets — German, Iranian, French, American and even Ukrainian — showed a decline.

The authorities of Kazakhstan are forming a new political culture

Russia and China will build a common future for humanity 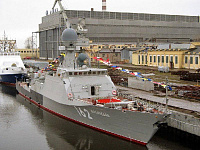 Warships of three countries arrive in Azerbaijan to participate in competitions

Iraqi Kurdistan has a new president