Nikol Pashinyan will pay visits to Vietnam and Singapore.

On July 4-6, the head of the Armenian government will be on an official visit to Vietnam. Here he will hold talks with Prime Minister Nguyen Xuan Phuc, Chairman of the National Assembly Nguyen Thi Kim Ngan.

The Vietnamese Chamber of Commerce and local businessmen, as well as with representatives of the Vietnam-Armenia Friendship Society.

From Vietnam, N. Pashinyan will head to Singapore, where he will have talks with President Halima Yacob, Prime Minister Lee Hsien Loong, Speaker of the Parliament Tan Chuan Jin. As a result, it is planned to sign a number of bilateral documents.

It is expected that, in addition to issues of bilateral cooperation, in Singapore, Nikol Pashinyan will also discuss the prospects for creating a free trade zone between this Asian country and the Eurasian Economic Union (EAEU).

Armenia presides over the EAEU this year, and the topic of creating an FTA with Singapore was raised during the meeting of the Supreme Eurasian Economic Council in Nur-Sultan at the end of May.

“It is important to sign a package of documents with Singapore this year . I am going to visit Singapore in July and do my best to make progress in this direction,” N. Pashinyan said then. 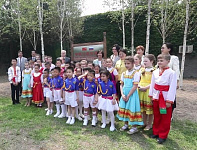 The leader of the DPRK gave the order "Fire"

Automakers from South Korea have updated the historical record in terms

In all regions of the PRC, there is a tendency to decrease the incidence