Along with agricultural workers, quadrocopters work in the fields of the Celestial Empire

Jilin province has recorded the largest outbreak of COVID-19 in mainland China. Authorities are conducting mass testing and tightening restrictions. Doctors pay special attention to patients and send them to quarantine at the slightest sign of infection. Residents are advised to stay at home to avoid further spread of the virus. 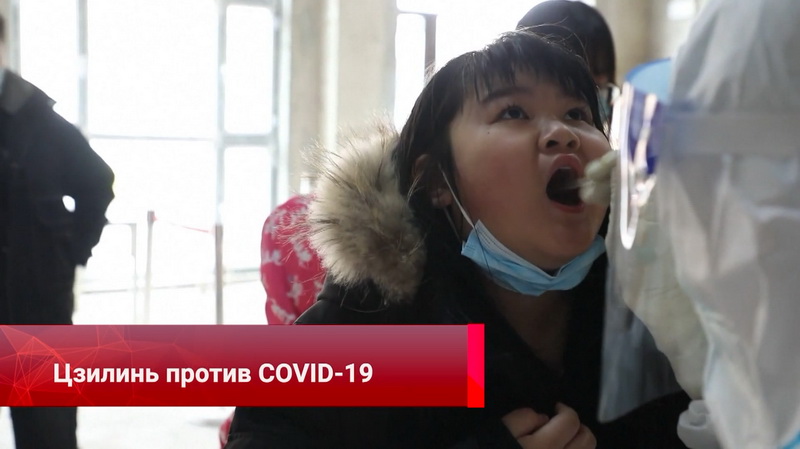 All businesses have been closed in the provincial capital, Changchun. The work of urban public transport has been suspended. Grocery and essential stores remain open for now. 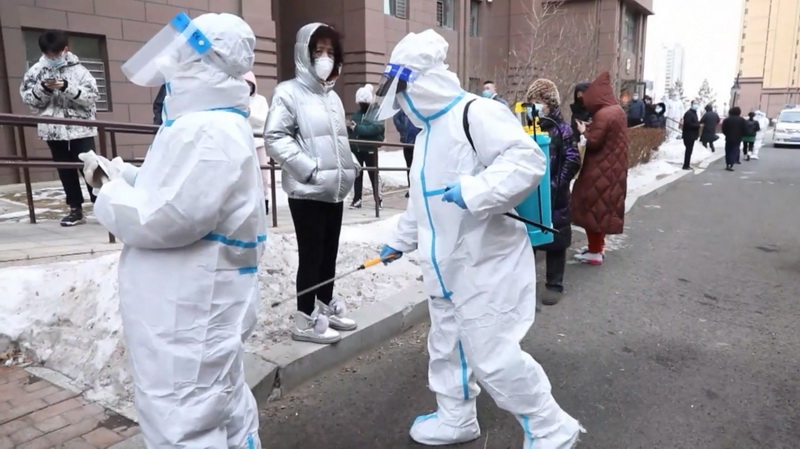 Jilin, another major city in the province, is conducting citywide testing for the coronavirus for the eighth time. Three temporary hospitals with 1,200 beds were opened. They accept patients with mild illness. In the near future, another hospital for those infected with COVID-19 will be deployed.  Food is delivered to high-risk areas by social workers. 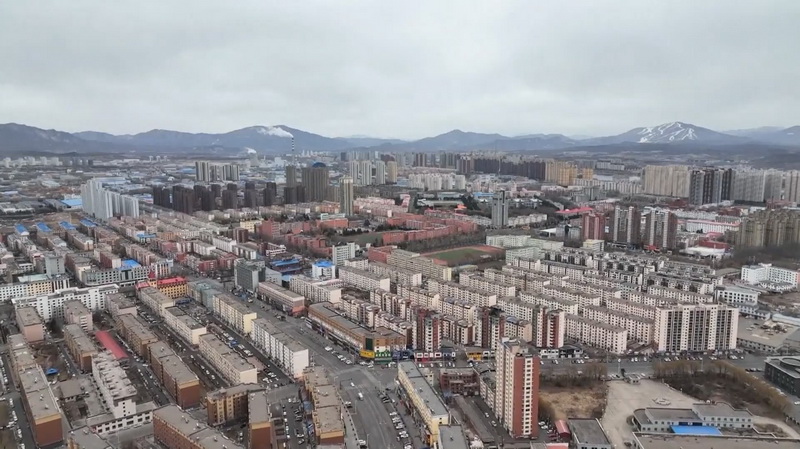 Zhang Yan, Vice Director of the Jilin Provincial Health Commission: < br>
“The number of new cases of COVID-19 in the province has increased significantly, as the Omicron strain is difficult to detect in the early stages, and it is very contagious. Early large-scale testing has helped us identify hidden foci of infection. On the other hand, this situation has made it clear that there are still gaps in testing, quarantine and treatment, and emergency medical management in some areas.” 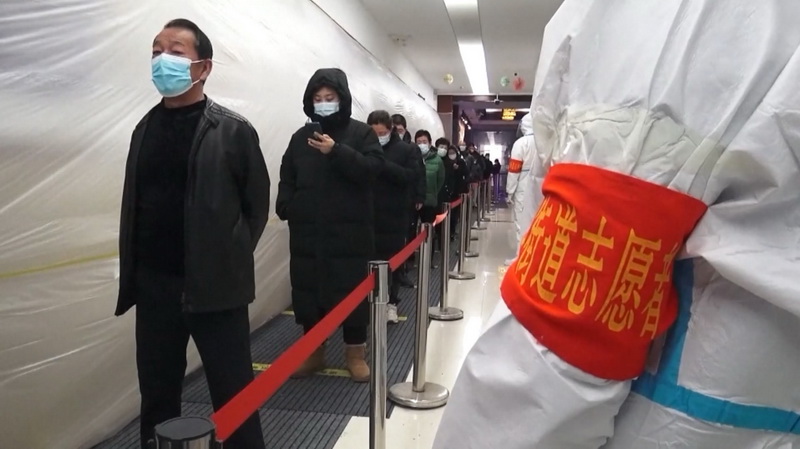 > Last Sunday, 895 new cases of COVID-19 infection were recorded in Jilin province. Almost all of them are in Changchun and Jilin, while only 41 people are asymptomatic.


Sowing work has begun throughout the Celestial Empire

the fields and plantations of the Celestial Empire are in full swing. Chinese farmers begin the agricultural season with careful preparation for sowing. So, in Heilongjiang, which is famous for its grain harvests, they analyzed the soil and applied suitable fertilizers, as well as modernized the territory. 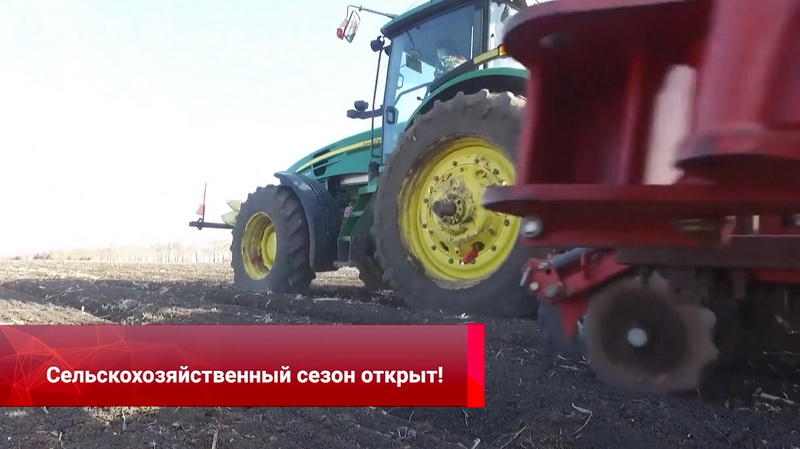 And in the Hetao region of Inner Mongolia, the area under wheat was increased by 20,000 hectares. In Henan province, which accounts for more than a quarter of the country's summer grain harvest, the sowing process is being improved. For this, additional roads have been built in the fields, as well as irrigation and drainage communications.

“Now is the perfect time for building work. We are investing in machinery and labor to complete the project by mid-April.”

Smallholder farmers in Jiangxi province are assisted by seedling industrial centers. 163 such organizations provide rice sprouts to agricultural land with a total area of more than one and a half million hectares.

And the Jiangsu province will allocate 50 million yuan to farmers to buy unmanned aerial vehicles. This support has existed in the region for years. 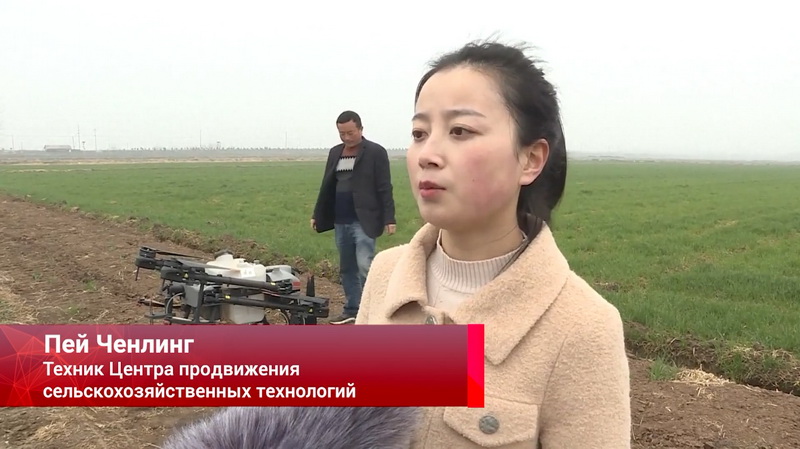 “We use drones to fertilize the soil. The combination of proper irrigation and the necessary fertilizers is the basis for a high yield of wheat.”

In Zhejiang Province, experts took and analyzed soil samples before sowing grain. This will help farmers to choose the right fertilizers and the appropriate technology for their application.

“Use of fertilizers according to scheme, developed on the basis of soil analysis, will allow us to ensure stable grain production.

In Yueyang County, Hunan Province, authorities have set up 15 working groups that provide farmers with technical advice on preparing and plowing farmland. And in Sichuan province, the local administration restored abandoned arable land and low-productive economic and fruit lands, and invited farmers to plant corn and soybeans there in a belt way. 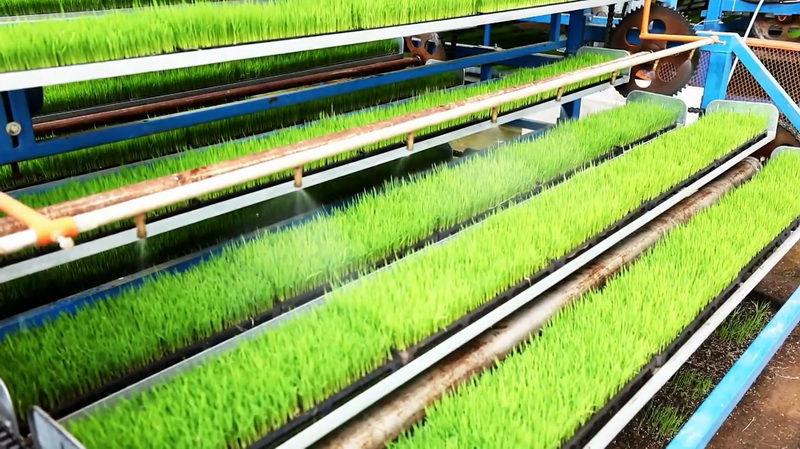 This field, located off the coast of northern China, has made an important contribution to the coordinated development of the Beijing-Tianjin-Hebei region and the economic growth of the Bohai Bay. 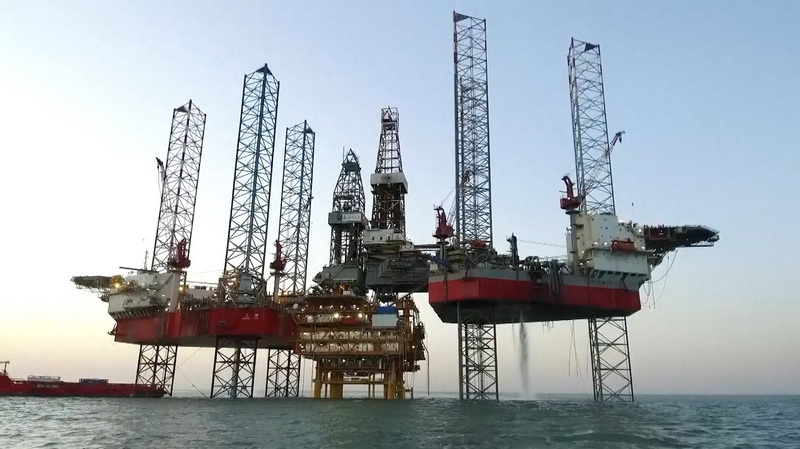 South China's Hainan Province Launches School Girls Vaccination Against human papilloma virus. The first vaccinations were given to the students immediately after the program launch ceremony. 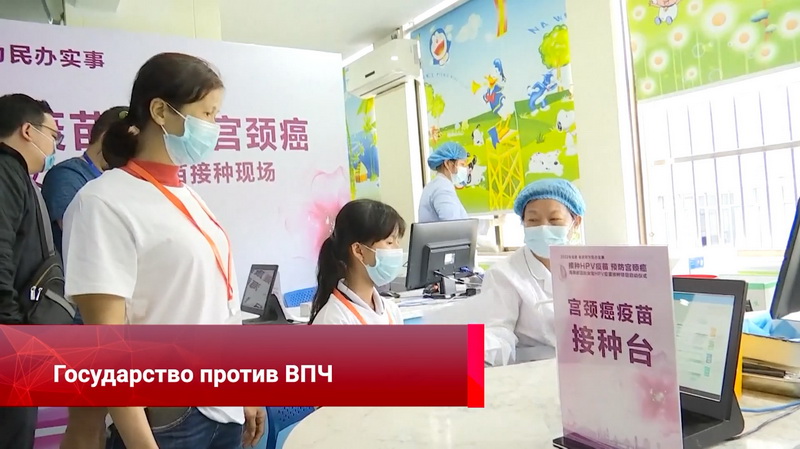 “I was a little nervous before the shot, but I'm glad I got the shot. I think the vaccine will keep me healthy.”

Parents of schoolgirls reacted positively to the program and thanked the state for taking care of their children, since the cost of the vaccine is very high and they can afford to pay not all families could afford this medical service. 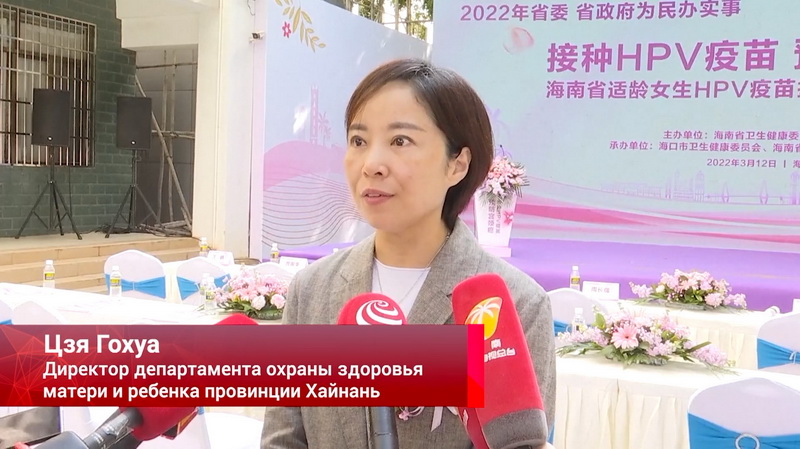 Jia Guohua, Director, Department of Maternal and Child Health, Hainan Province:
< i>
“We have prepared more than 70,000 doses for the first phase of vaccination, which we plan to complete by the end of April. And from September the girls will be able to get a second shot.”

Human papillomavirus, or HPV, is a common cause of cervical cancer. To reduce the risk of developing the disease and improve women's health, the Hainan provincial government has made HPV vaccination one of its top priorities this year. 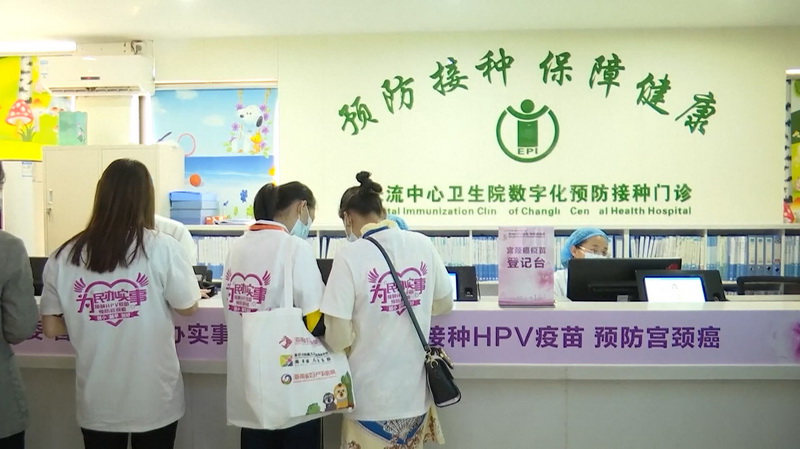 Since its founding, the Chinese Communist Party has been committed to eradicating poverty and rejuvenating the countryside. Now the creation of an eco-culture and extensive domestic tourism has been added to these plans. Deputies of the National People's Congress spoke about how the reconstruction of rural areas is progressing. 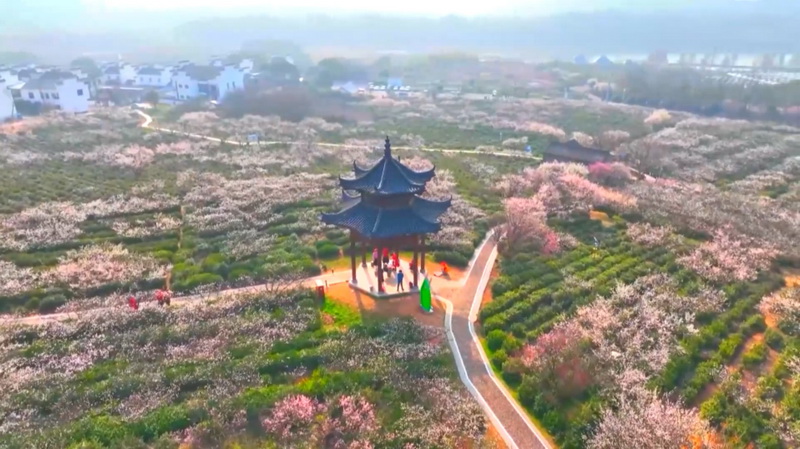 Hidden deep in the Wuling Mountains, Niujiaoshan Village used to be one of the poorest in the area with an annual per capita income of less than 800 yuan. Long Xianwen, who works as the party secretary of the village, discovered that the climate and soil are suitable for growing tea, and involved the villagers in the development of this industry. 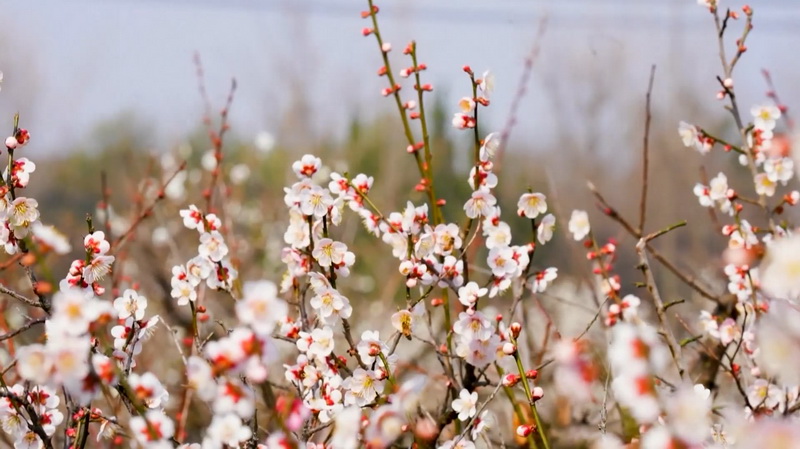 Tea plantation area in Niujiaoshan village has grown from the original three hectares to 600, and the average annual income of the villagers has reached 23,000 yuan. Last year, the deputy suggested that fellow villagers invest part of their funds in the development of the tourism industry.

“General SecretaryXi Jinping said that we should not only focus on rural economic development. We must also make efforts to build stronger grassroots party organizations. This is necessary to strengthen the rural collective economy.”

Cui Jiuxiu, deputy and deputy head of the party in the city of Opal in northwest China, made about ten proposals that reflect the needs and ideas of the villagers.

“I hope that my suggestions will help people to take a more active part in the development of their neighborhoods and improve their lives.” 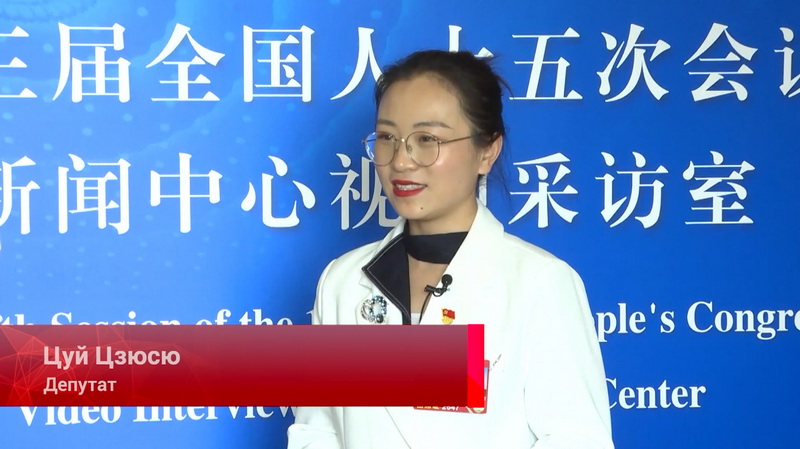 Opal lurks at the foot of the Pamir plateau. Traditionally, the inhabitants of this area are engaged in growing fruits, forestry and animal husbandry. But successful development is hampered by frequent droughts and high population density.

Cui Jiuxiu is one of the younger generation who actively teaches farmers new methods and technologies. She also runs rural tourism programs to boost the incomes of local villagers. In a few years, the average annual salary here has reached 12,000 yuan. 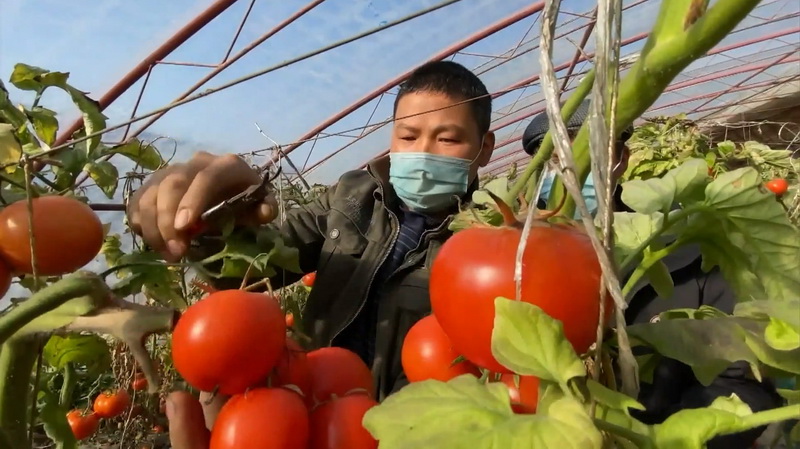 “The government report highlights efforts to help communities overcome poverty and increase their capacity for sustainable self-development. We must continue to work so that rural residents have the opportunity to learn and master professional skills.”

Cui Jiuxiu emphasized that she was hopeful and confident in the successful development of tourism in Opal.

“I think the most important thing is that we As members of the National People's Congress, we can unite and work together with our people to improve life." 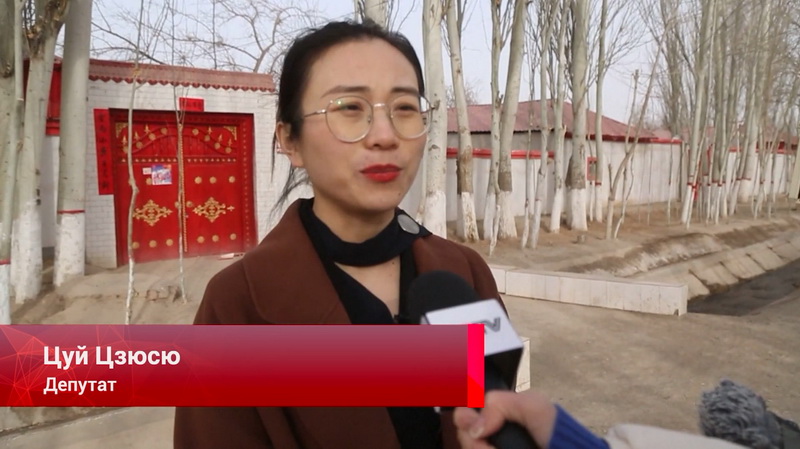 Rural regeneration is one of China's major national projects. Today, the village is recognized as one of the driving forces that should ensure the rapid development of the country.


Doctors and nurses from Guangdong province arrived in Hong Kong to combat the outbreak of COVID-19 < br>
87 medical workers arrived in Hong Kong to fight COVID-19. 36 doctors and 39 nurses from 14 public hospitals in the neighboring province of Guangdong joined the colleagues of the hospital deployed on the territory of the largest exhibition complex AsiaWorld-Expo. They will take positions in the pulmonology, nephrology, cardiovascular and other departments of the clinic. Patients admitted to this institution are predominantly elderly, and most of them have comorbidities. The main task of specialists is to reduce the number of severe and fatal cases. 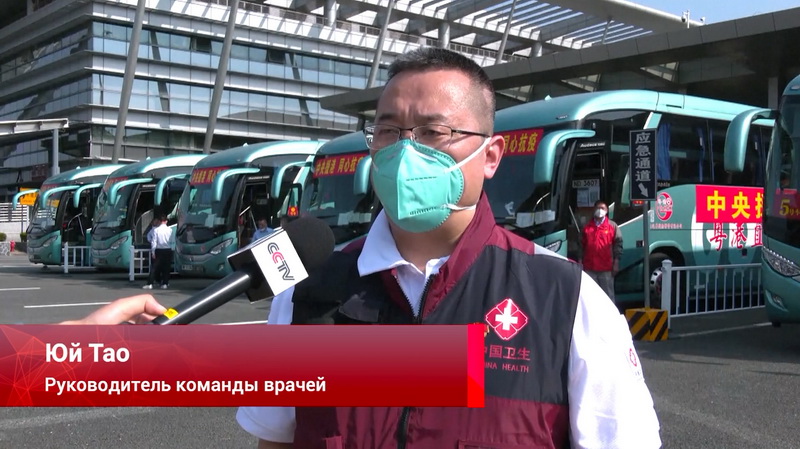 Chui Tak-yi- Deputy Minister of Food and Health of Hong Kong, said that the fifth wave of the epidemic is very serious. Currently, all forces are focused on preventing further infection of people and preventing the development of severe forms of the disease.

Chui Tak-yi, Vice Minister of Food and Health of Hong Kong:< br>
“We are very pleased with the arrival of the medical team from mainland China. We are confident that, together with colleagues from local hospitals, they will be able to complete the tasks and cure even the most severe patients.” 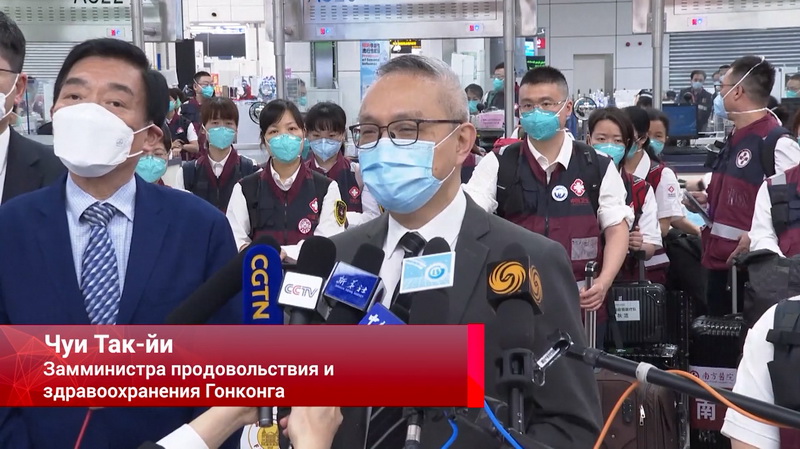 Fan Hung-Ling, Chairman of the Hong Kong Hospital Authority:
< br> “Since we did not have enough doctors and medical staff, we could not accept all the patients. Some of the beds on the territory of the hospital in the Expocentre were empty. Now that the team from the mainland has arrived, we will be able to hospitalize more people. Moreover, our new colleagues have a wealth of experience in the treatment of COVID-19. Through this, doctors in Hong Kong will increase their level of knowledge and, hopefully, together we will be able to reduce the number of severe cases and reduce mortality from coronavirus. We are glad to see them.” 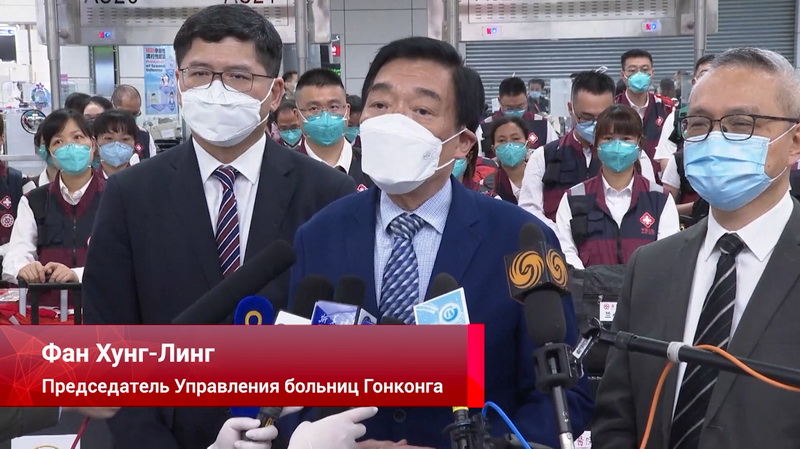 According to official figures, 12,040 new cases of infection were detected in Hong Kong this Monday using PCR tests. Another 14,868 people reported illness to doctors based on the results of their own rapid tests.

Residents of one of the settlements in Yunnan Province perform a massive tiger dance. This is a ritual for good luck, prosperity and a good harvest, which the people of Yi have been performing for over 6000 years. The dance consists of 12 parts, each of which depicts the life stages of a tiger, a sacred animal in local mythology.

Today, an ancient tradition has turned into a colorful festival that marks the beginning of agricultural work. Representatives of the Yi people, from young to old, dress up and dance. This time the celebration was held on a special scale, since 2022 is the year of the tiger according to the eastern calendar.

Ethnic minority And has about 9 million people. Most of them live in the southwestern provinces of Yunnan and Guizhou. In 2008, the Yi people's tiger dance was inscribed on the National Intangible Heritage List of China.

Russian President to meet with Chinese leader in Samarkand

Turkey will not impose sanctions against Russia 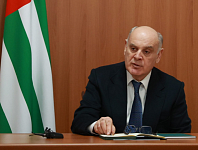 Seoul and Pyongyang continue their rapprochement