At the end of 2020, 338 tons of wild fruits and berries were harvested on the lands of the country's forest fund, the result was a record for the country and was twice as high as in 2019.

Roslesinforg summed up the results of 2020 on the harvesting of fruits and berries on the lands of the forest fund in the commodity sector. The gross harvest amounted to about 338 tons of wild plants, which is twice the result of 2019 - almost 163 tons.  We are talking about such wild fruits and berries as, for example, cranberries, blueberries, sea buckthorn, lingonberries and others.

as well as the Irkutsk region. Five enterprises collected about 64% of wild plants on the lands of the forest fund with a total area of 4.2 thousand hectares. Their volume reaches 215 tons. At the same time, only one Altai enterprise harvested and harvested 60% of wild berries harvested on the lands of the country's forest fund on an industrial scale - 202.7 tons on 2 thousand hectares of forest land, which allowed Siberia to become the leader among harvesters of wild plants in Russia for the second year in a row.

It is worth noting that at the end of 2019, the neighboring Republic of Altai also showed the best result in the collection of wild plants. Then only in this region almost half of all wild fruits and berries harvested on the lands of the forest fund were harvested, namely 79 tons on 5 thousand hectares of forest land.

Almost a quarter of all wild fruits and berries are harvested by seven organizations from two regions of the Far East - Kamchatka and Primorsky Territories - about 91 tons. About 6% of harvested wild plants are accounted for by three Karelian enterprises. Their volume of harvesting amounted to more than 20 tons.

In total, 52 enterprises from 14 regions of the country conduct industrial-scale harvesting of forest fruits and berries, a quarter of them are individual entrepreneurs. Most organizations are registered in the Republic of North Ossetia-Alania - nine.

Marmots woke up in the zoo of Irkutsk

NO NEED! Thunderstorms and storm in India may repeat

Tigers have become fatter in Primorye 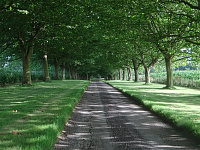 "Green zones" will appear in Uzbekistan 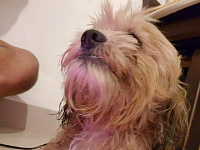 Monk seals sailed to the shores of Cyprus