Rare wildlife on the rise in Giant Panda National Park

A tenth person rescued from the rubble of a collapsed building in the provincial capital of Hunan. A woman spent 5.5 days under the rubble of a house. The survivor was conscious and able to speak when brought to the surface. 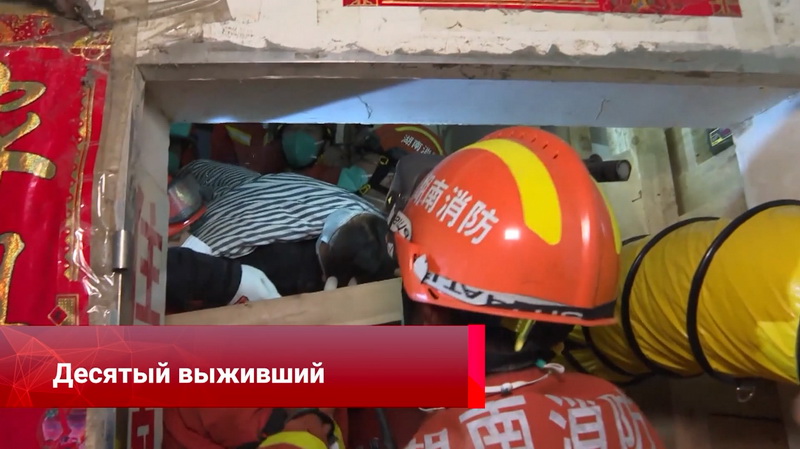 The tragedy occurred in the Wancheng district of Changsha on April 29th. The collapse of the building killed 53 people, authorities said. The house was built in 2012, but later illegally rebuilt. The incident is being investigated. The municipal authorities expressed deep sorrow for the dead and sincere condolences to the relatives of the victims and the injured, and also apologized to the whole society for the accident. 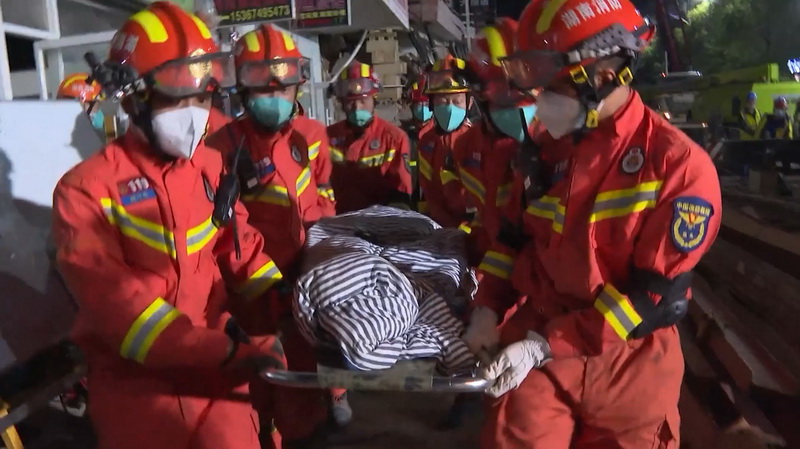 Enterprises have resumed their production. For example, a plant in the Chongming area accepted an order for the construction of China's largest shallow-water tanker for the transport of liquefied natural gas. Its total value exceeds eight billion yuan. 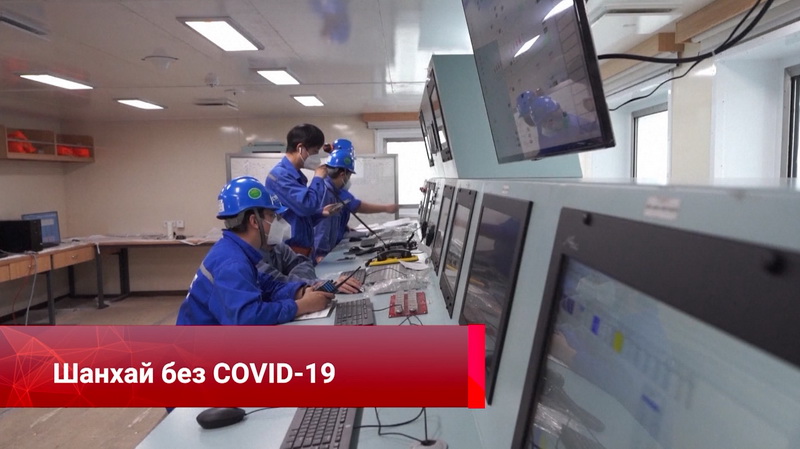 During the coronavirus epidemic, residents of the small island of Changxing, located between the large island of Chongming and the center of Shanghai, received great support. There, a hotline was organized for the delivery of medicines, through which medicines can be ordered from the mainland. City volunteers will bring them. 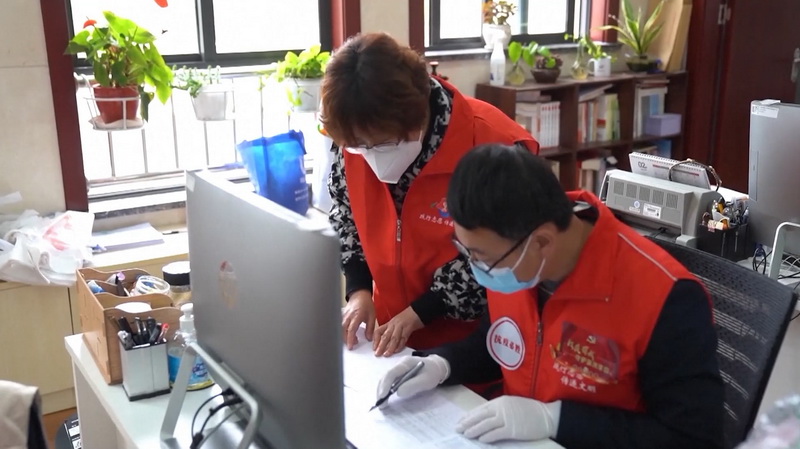 “The fastest delivery is two days. If you order medicines now, you will receive them tomorrow.”

There are 70 shops and supermarkets on the island. The flow of visitors there is still limited: a schedule has been set for each group of residents. In addition, a negative PCR test is required to make purchases.

“We only let 50 people in every half an hour so that the store is not overcrowded. Each group has two to four hours to shop."

Beicai settlement, where a supermarket is located, is still fighting the infection. People living in coronavirus prevention zones can send only one representative for shopping. And you can do this only twice a week at certain hours. Often kind-hearted neighbors come to each other's aid.

“I always text the neighbors chat to ask if they need to bring anything. If necessary, I will buy everything they need.”

Restrictions on entering the supermarket did not affect revenue. In the two days since the opening after the lockdown, the average spending of each customer has exceeded 600 yuan, which is about 6,000 rubles.

China has successfully launched eight commercial satellites into space using the Long March 2D launch vehicle. The launch was carried out from the Taiyuan cosmodrome in Shanxi province in the north of the country. All vehicles entered the assigned orbit. 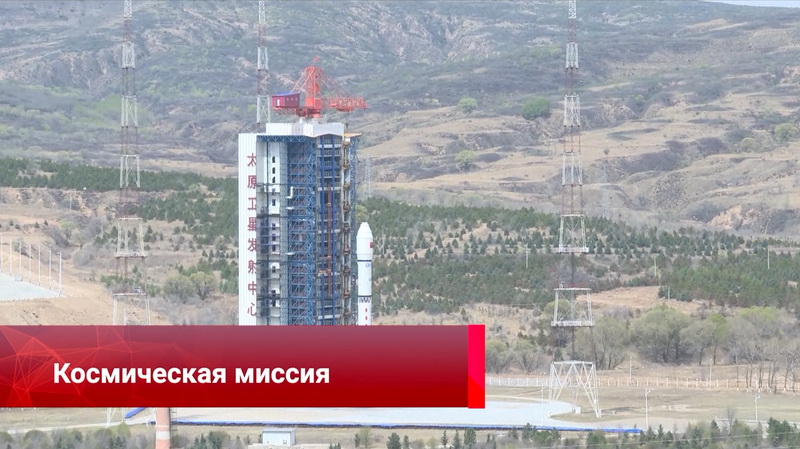 All of them belong to the Jilin-1 series, but they have different characteristics. For example, one of the satellites has wide remote sensing coverage. It will be used to obtain data on land resources, which are necessary for mineral exploration and the construction of smart cities. This launch was the 419th in a row for launch vehicles of the Long March series.

China's Giant Panda National Park is becoming home to an increasing number of rare animals. The reserve with an area of 22,000 square kilometers was opened in October last year on the territory of three regions. 87% of the protected area is located in Sichuan province, the remaining space belongs to Shaanxi and Gansu provinces. With the official opening of the national park, the ecosystem of the region has improved significantly. 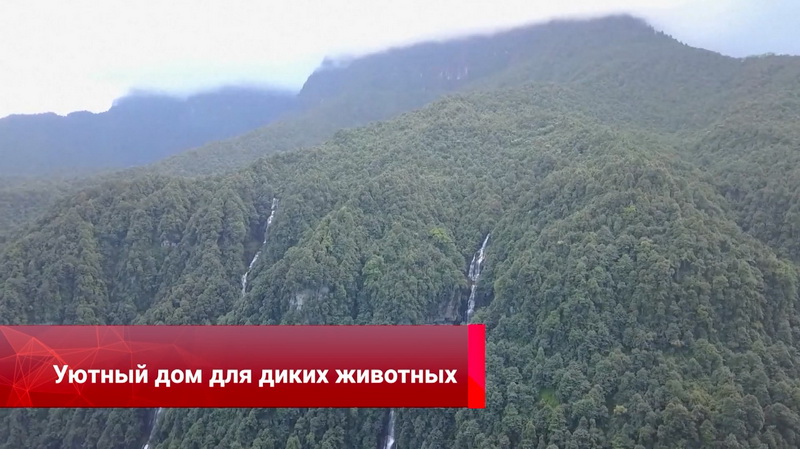 Zeng Zejun, Deputy Head of Giant Panda National Park Dai Station:< br>
“It was rare to see such a powerful waterfall here before, it appeared only after heavy rain. With the opening of the National Park, small hydroelectric power plants stopped working in order to collect more water in the lake. Now in the reserve you can find several similar waterfalls. And this is the wool of a crested deer. In China, it is under national protection of the second class. These are the giant panda's companion animals." 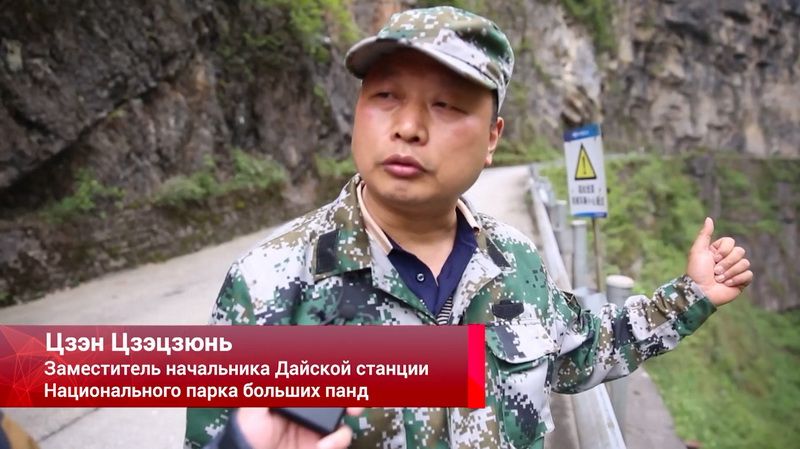 During the construction of a national park in Sichuan province, 5,600 hectares of territory were restored for giant pandas to minimize human impact on the habitat of these rare animals. Today, more than 1,200 bamboo bears live here. But not only black-and-white charms have chosen the green reserve. 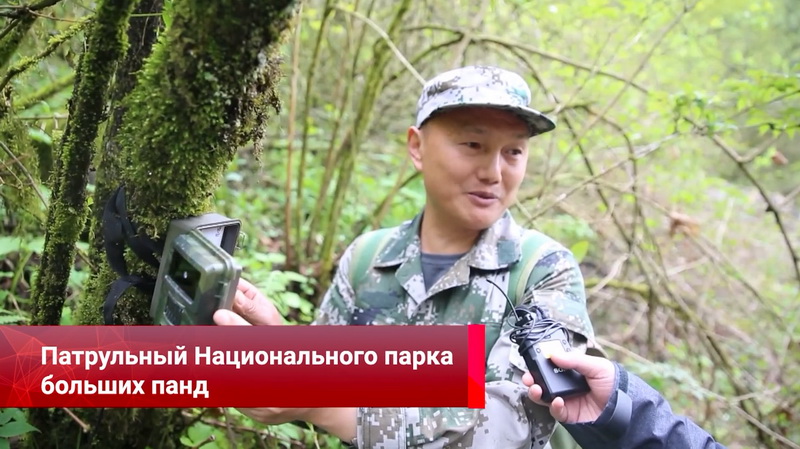 “In the past seven days alone, cameras have recorded the movement of Tibetan antelopes and blue sheep. The memory of one infrared camera is enough for 3000 photos and videos.

More than 1,500 infrared cameras have now been installed in Giant Panda National Park. They capture the actions of nearly 300 giant pandas and other rare wildlife.

In China, the avalanche of ancient camels bred

A mountain shelter will appear in the Polar Urals

Conservation of corals will be engaged in the UAE