In Israel, wildlife is gradually taking over the city of Haifa

In connection with the epidemic of the coronavirus, in Israel, in the north of the country, the third largest city of Haifa, a serious problem has arisen. After the people went into quarantine, herds of wild pigs filled the city, causing horror among the locals.

"Wild pigs used to visit us quite often, and even during the day. Well, now, when people are sitting at home, they are completely bolder, - shares his Meirav Litani, a music teacher, "Moreover, as a rule, they rummage through garbage containers. We feel completely defenseless. It has come to the point that we are afraid to throw out the garbage - suddenly we don't notice how a wild boar approaches!"

Municipal authorities banned the shooting of wild boars and females. From the point of view of environmentalists, the appearance of animals on the streets of cities is associated with their gradual displacement of humans from their natural habitat. Wild pigs simply have nowhere to go. The problem of organizing peaceful cohabitation is exacerbated by the traditional negative religious attitudes toward pigs of people who profess Judaism and Islam. Both of these religions consider such animals unclean.

The final solution to this problem has not yet been found: wild boars not only rummage through the garbage, but also calmly block the movement of vehicles in a city with a population of about 300 thousand people, as well as scare domestic dogs and cats. As a temporary measure, volunteers have taken to the streets to drive off the presumptuous four-legged insolent, but never use weapons against them. 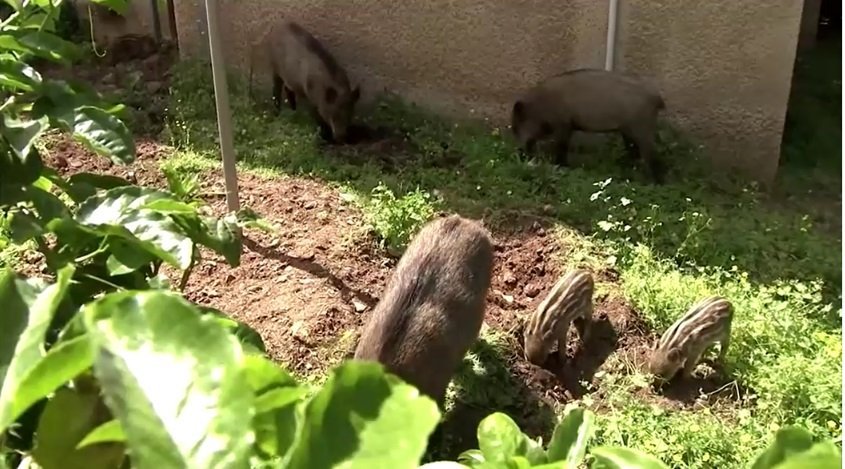 In Pakistan, even an elephant has the right to self-determination.

A special territory for reindeer will be created in Yakutia

Experiment in Bishkek: air pollution to be checked