Heavy snowfall hit Altai County in the Xinjiang Uygur Autonomous Region in northwest China on the evening of November 1.

According to the National Meteorological Center of China, a strong cold current entered China from the north of Xinjiang and from the eastern regions of northwest China. Under its influence, starting from the night of November 1, snow fell in various parts of the Altai region, and a snowstorm began in some areas.

To ensure road safety, the Altai authorities sent special vehicles at night to clear snow on the main roads of the city. The drivers work in shifts so that the roads can be cleared by the morning of the next business day.

"We started cleaning the roads last night right after the snow started. We are already working 12-13 hours non-stop. Now the roads are in the city The area has been mostly cleared, but the snow continues to fall, so the cleaning will continue," said a worker named Ma Chengguo.

At the time of writing this news, the local snowfall was still falling and the snow cover was thick It reached 15 cm. At the same time, the roads were covered with ice, which had a great impact on traffic.

According to the weather forecast, the lowest air temperature in this region will reach 15 degrees below zero on November 3.
< br> 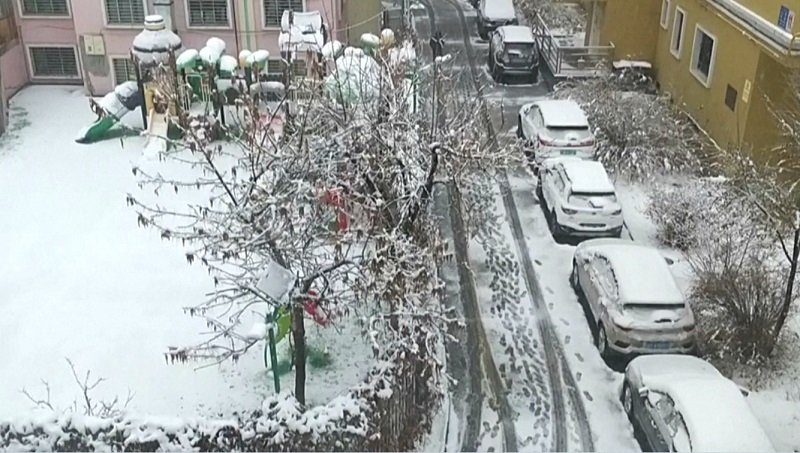 No more disposable chopsticks in China

The once popular lake in Chechnya will be restored

Migratory birds will be counted in Yakutia

Snow leopard kittens fell into a "trap": ecologists of the Altai-Sayan ecoregion managed to shoot a rare video

man in China built a mansion for dogs

Lynx kitten was brought to the Chelyabinsk Zoo