In the Wensheng District of Liaoyang City, a residential building was severely flooded, trapping more than 20 local residents. After three hours of efforts, the search and rescue team managed to evacuate the residents.

Also, emergency response workers found many people stuck in vehicles on the roads, and then evacuated them to a safe place.

In the city Due to heavy rainfall, several villages located in the lowlands were flooded in Anshan, in connection with which local firefighters began an immediate evacuation of residents. 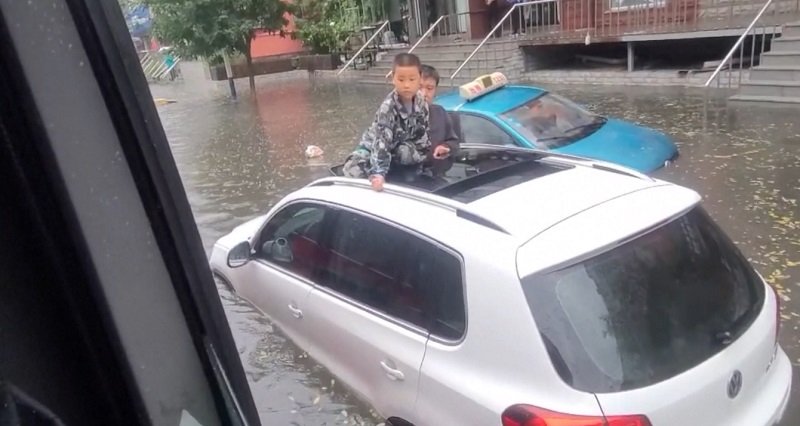 As the local flood and drought control headquarters has learned, there are no reports of serious weather incidents and loss of life. received.

In the Celestial Empire, the lapdog became the breadwinner for the black panther

Scientists call to increase the scientific literacy of the population

India hit by the strongest cyclone this century

Rusty cats first appeared in a zoo in Russia

Elements sweep through the Far East of Russia