The International Center for the Reintroduction and Conservation of Rare Birds of Prey has accepted the first batch of premium elite falcons as breeding stock.

83 individuals were delivered to the falconry center "Kamchatka", the first generation of chicks bred in the center is expected in the spring of this year. All falcons have a CITES certificate in accordance with the Convention on International Trade in Endangered Species of Wild Fauna and Flora.

Federation of Centers for the Reintroduction and Conservation of Birds of the Falconidae Family. The project is being implemented by the Kamchatka Falcon Center in the Kamchatka priority development area under an agreement with the Corporation for the Development of the Far East and the Arctic (KRDV), the investment platform of the Roscongress Foundation, the RK-Investments Foundation, is a co-investor.  > “The construction of a center for the conservation of birds of rare species in Kamchatka is being carried out in accordance with the Order of the President of the Russian Federation. The project combined the best international experience, its implementation was carried out in close cooperation, including with experts from Arab countries interested in the reintroduction of birds of the falcon family,” said Alexander Kozlov, Minister of Natural Resources and Ecology of the Russian Federation.

The International Center for the Reproduction and Preservation of Rare Species of Large Birds of Prey is located on the territory of the Milkovsky District of the Kamchatka Territory. The total area of the center will be up to 300 hectares.

“The appearance of birds in the ornithological center in Kamchatka is an important stage in the joint work of development institutions, specialists, and authorities. All this contributes to the conservation and restoration of rare species of birds of prey, environmental protection, and increasing the attractiveness of Russian regions. We are very pleased that the falconry center in Kamchatka has welcomed its first residents. These birds will become the basis of our nursery, a real family for future generations. Big event! We pay attention to the conservation of natural biodiversity and environmental protection. For Kamchatka, this is one of the development priorities,” said the Governor of the Kamchatka Territory Vladimir Solodov.

“For the first time, the project for the construction of a falcon center was presented at the Eastern Economic Forum in 2019. After 2.5 years, we launch the center. This is an important step for the restoration of the gyrfalcon population. We studied the situation in Russia on this issue. The heaviest was in Kamchatka - poaching has reached an industrial scale and the birds are on the verge of extinction. And today the nursery has received the first breeding stock. I am convinced that the center is also capable of becoming a center of attraction for Russian and foreign tourists. This will have a positive impact on the socio-economic development of Kamchatka,” said Dmitry Kobylkin, Chairman of the Committee of the State Duma of the Federal Assembly of the Russian Federation on Ecology, Natural Resources and Environmental Protection. 116 companies with projects worth 174.4 billion rubles, more than 11.3 thousand jobs are being created. Of these, 27 residents have implemented the declared projects. Over 23.3 billion rubles of investments have been invested, more than 6 thousand jobs have been created.

No more disposable chopsticks in China

The multifaceted diamond of Yakutia: the riches of the northern republic were presented at the EEF-2019

In Kazakhstan, they are fighting for the renewal of consciousness

In Sri Lanka, rescuers and volunteers managed to pull an adult elephant onto the bank of the canal

Southeast Asian countries are fighting for the cleanliness of their coasts

A new reserve for predators was created in Primorye 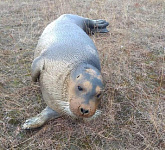