In Tashkent The international film festival "Pearl of the Silk Road" has opened.

The Tashkent International Film Festival "Pearl of the Silk Road" opened on Tuesday in the pavilion of the Uzbekfilm Cinema Concern with the days of cinema of the Shanghai Cooperation Organization (SCO) countries.

"Our mission: strengthen friendship between countries and peoples. No wonder our motto is "Peace, progress and enlightenment," Firdavs Abdukhalikov, head of the Cinematography Agency of Uzbekistan, Director General of the XIV International Film Festival "Pearl of the Silk Road", said at the opening of the event. According to him, the current film forum has an extensive program, which will be attended by representatives of dozens of countries.

Earlier, the press service of the organizing committee of the event reported that about 500 famous producers, film critics, directors, actors and cameramen from 40 countries will participate in it. Russia will be represented by Sergey Bezrukov, Gosha Kutsenko, Sergey Puskepalis and Vladimir Khotinenko. The festival will feature 150 feature films, documentaries and short films, most of which are winners of other international film forums and competitions. In accordance with the program, the festival will host more than two dozen events related to film production, education and film screenings.

In accordance with the program, the colorful official opening ceremony of the film festival will be held on September 14 in The House of Cinematographers. It will begin with the traditional passage of participants and guests of the event on the red carpet, then the opening ceremony will begin directly, which will end with a reception on behalf of the mayor of Tashkent.

One of the key moments of the first day of the film forum was the screening of the film by Artem Mikhalkov "Mr. Knockout", after which the main actor of the People's Artist of Russia Sergey Bezrukov held a master class for students of the Tashkent branch of VGIK.

According to the organizers, this film forum is a revived Tashkent International Film Festival of Asia, Africa and Latin America, held every two years in the capital of Uzbekistan from 1966 to 1988 under the motto "For peace, social progress and freedom of peoples". That is why the current festival is considered the XIV in a row.

With Armenia in the heart: the Museum of the East will show an exhibition of a Moscow abstract artist

Selfie with dogs: an unusual cafe operates in Bangkok

Poetry, spirituality and music: how the Nasimi festival was celebrated at the Institute of Asian and African Countries of Moscow State University 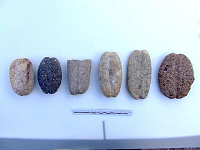 Syria is waiting for the influx of tourists