The event is planned to be held on the Day of National Unity, its participants will be over 250 people from different regions.

The international inclusive festival-competition "Altyn Maidan-Alania" will be held in November in North Ossetia with the participation of more than 250 people from different regions. This was announced on Tuesday by the director of the festival TASSGeorgy Bestaev.

"The festival "Altyn Maidan-Alania" is planned to be held in November on National Unity Day. More than 250 people from different regions are expected to participate. The participation of representatives from Buryatia, Chuvashia, Tatarstan, Bashkiria, Nizhny Novgorod, Moscow, Kalmykia is planned," he saidGeorgy Bestaev.

Within the framework of the festival, ethnic evenings are planned with the performance of collectives who have arrived in the republic, at which they will present their culture, traditions, customs, national costumes and dishes of national cuisine.

Participants will have contests, round tables with the country's leading folklore teachers, as well as master classes with the study of national choreography and instrumental music of the peoples of Russia. 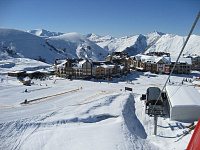 A new tourist and hotel complex will appear in Gudauri

Russian archaeologists will restore the Arc de Triomphe in Palmyra

Culture and tourism of Guizhou province presented in Moscow

Tourist flow from Russia to Uzbekistan is growing

Putin: the criterion for the BraVo award will be the audience's assessment of the skill of the nominees

Russia and China will develop cooperation in the film industry 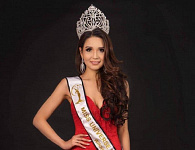