Ensembles with national dances performed at the opening.

The opening of the first KAVKAZ MUSIC FEST in Kabardino-Balkaria took place on Thursday at the Green Theater in Nalchik. The event was opened by the national dances of the peoples of the North Caucasus, a TASS correspondent reports.

"I welcome the participants, organizers and guests of the first Caucasian music Festival in the Kabardino-Balkarian Republic. It is gratifying that Kabardino-Balkaria marked the beginning of such a major cultural project. It is especially symbolic for us that the festival takes place on the eve of the day of statehood and the 100th anniversary of the republic. This project brought together creative eminent artists and musicians here today, provided an opportunity for guests to communicate, exchange culture and prove once again that the fraternal republics of the North Caucasus have always been able to be friends," Kazbek Kokov, head of Kabardino-Balkaria, said at the opening ceremony.

In honor of the opening, a festive concert "Stars of the 100th anniversary" was held with the participation of Russian pop artists - Abraham Russo, Sati Kazanova, Varvara, Denis Klyaver, Honored Artists of Kabardino-Balkaria, Karachay-Cherkessia, Adygea and other regions of the North Caucasus and the south of the country, as well as a special guest from Oman - Muhamad Rafi. Dance ensembles of the regions of the North Caucasus and Belarus also performed for the guests. The concert ended with a colorful fireworks display.

On the first day of the festival, about 2.5 thousand guests gathered to listen to famous artists. "Nalchik hosted such a grand festival for the first time. The first day became bright, colorful and truly festive. We are waiting for residents and guests of the republic to see the performances of our dear artists in the following days," General Producer Timur Khatsaev commented to TASS.

The second day of the festival will be dedicated to dance - a choreographic concert "Rhythms of the Caucasus" will be held in the city with the participation of the state dance ensembles of Kabardino-Balkaria, Karachay-Cherkessia, the Republic of Adygea, including Kabardinka, Balkaria, Nalmes, Islamey, Elbrus.

KAVKAZ MUSIC FEST is a music festival, which, according to its concept of unity of cultures, is designed to bring together popular artists of the North Caucasian republics, other regions and countries. It takes place at the venues of the Green Theater and the Atazhukinsky Garden City Park in Nalchik. The event will be attended by about 500 people, including artists, creative teams, specialists of technical and administrative services.

Within the framework of the festival, a youth conference will be organized, the main topic of which will be the development of creative industries in the region. As expected, the point of attraction for residents and guests of the city will be the fair-exhibition "Folk Crafts", where the masters of the participating regions will present products created by hand. Artists from the republics of the North Caucasus Federal District and other regions of Russia will perform at the closing ceremony, and after that a youth concert Afterparty SHOW will take place.
Russia Kabardino-Balkarian Republic Nalchik festival music TASS
|
Facebook
|
Twitter
|
VKontakte
|
Odnoklassniki

A fabulous concert ended the Week of Children's Book in Kazakhstan 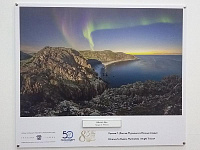 The largest part of tourists came to Cyprus from Russia

"Mesozoic" dishes will be treated at the festival in Kuzbass

Farukh Ruzimatov intends to cooperate with the Tajik theater

Open-air dances will be held in Yakutsk