The first Caucasian music Festival will be held in Nalchik

The Caucasian Music Festival will be held in Nalchik for the 100th anniversary of Kabardino-Balkaria.

The first Caucasian music Festival dedicated to the 100th anniversary of Kabardino-Balkaria (KBR) will be held in Nalchik on August 25-27. It will unite the stars of Russian and Caucasian pop, show the customs and traditions of the Caucasus regions, the organizing committee of the festival told reporters on Friday.

"On August 25-27, Nalchik, the capital of Kabardino-Balkaria, will host for the first time the grandiose music festival "Caucasus Music Fest", which will unite the stars of Russian and Caucasian pop. A creative team of the best specialists from Russia and Belarus to create grandiose shows is implementing a unique project that will mark the beginning of a new cultural development of the region. The project is being implemented with the assistance and support of the city administration and the government of the CBD, it is timed to celebrate the 100th anniversary of the CBD," the message reads.

The concert program will includeAbraham Rousseau,Sogdiana,Denis Klyaver,Rada Rai, Ruslan Alekhno,Varvara,Sati Casanova,Natalia Gordienko,Nodar Reviya, as well as Caucasian pop stars Cherim Nakhushev,Astemir Apanasov,Asker Berbekov, Rinat Karimov,Azamat Bishtov,Murad Baykaev,Patimat Kagirova,Tatiana Tretyak, academic folk dance ensembles. Special guests of the Festival are Kevin MCCOY and T omas NEVERGREEN. It is noted that together with the stars, the music festival will be created by leading artists and collectives of nine subjects of Russia - Adygea, Karachay-Cherkessia, Kabardino-Balkaria, North Ossetia, Ingushetia, Chechnya, Dagestan, Krasnodar and Stavropol Territories. It is expected that the festival will be attended by thousands of residents and guests of the CBD from all corners of the North Caucasus and other regions of Russia.

A creative workshop conference will be held within the framework of the Festival, the main topic of which will be the development of creative industries in the North Caucasus. It will be attended by young people under the age of 35, whose activities are related to theater and fine arts, cinema, television, radio, music, publishing, computer games, new media, architecture, design, fashion and advertising. The conference participants will hold a foresight session on the topic "Development of creative industries in the context of respect for traditions", make their assumptions and determine how to act in the chosen context. The point of attraction for residents and guests of the city will be the fair - exhibition "Folk Crafts", where goods created by the best craftsmen of the participating regions will be presented. 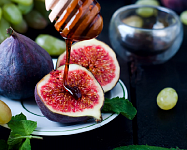 Traditional Fig Festival to be held in Cyprus

Israeli Eilat will accept only tourists with certificates

Bas-relief of 500 BC returned to Iran

The first international flower festival will be held in Novosibirsk 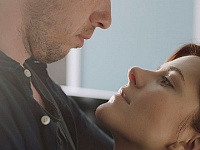 "Days of Russian Cinema" is held in Israel