A branch of the Jazz Academy will open in Kuzbass

It will be opened on the basis of the Helikon jazz club.

Governor of the Kemerovo Region Sergey Tsivilev signed an agreement with the People's Artist of RussiaBy Igor Butman about the establishment of a branch of the Moscow Jazz Academy in Novokuznetsk. The opening of a new vocational education institution is scheduled for 2023, the press service of the regional government reported on Friday.

"We are creating a powerful training base for professional training in Kuzbass, including in the field of culture. In Kemerovo, in a cultural and educational complex, children from all over Siberia and the Far East are already studying ballet and classical performing arts. In Novokuznetsk we will open a completely new direction - we will train jazz musicians. Today we have formalized the agreements that we had withIgor Butman, about the creation of the Kuzbass Jazz Academy," the press service quotesSergei Tsivilev.

It is noted that the Helikon jazz club will become a training ground for jazz musicians, which, according to the decision ofSergei Tsivilev will receive the status of a regional cultural institution. The first branch of the Moscow Jazz Academy in Russia will be headed by the director of the Helikon jazz club Olga Yushkova. It was also decided to create a board of trustees of the Jazz Academy.

It is already known that the educational program will include the directions "Wind and percussion instruments", "Instruments for a variety orchestra", "Vocal pop and jazz performance". Teachers from Moscow will also be engaged with future jazz musicians.

"Novokuznetsk among the jazz performers of the world has long won the title of the capital of Siberian jazz, world-class musicians have performed here more than once. Kuzbass understands and loves this music. In many respects - thanks to the high performing skills of the artists of the Helikon jazz club. Therefore, it is logical that it is here that we will train a young shift of jazz specialists who are in great demand in the country," Igor Butman stressed.

On July 16, the Kemerovo region will host the III International Festival "Kuznya Jazz", which will be held under the auspices of the 100th anniversary of Russian jazz. Famous jazzmen from the regions of Russia and from other countries will come to Novokuznetsk.
Russia Kuzbass Novokuznetsk Sergey Tsivilev Academy jazz Igor Butman TASS
|
Facebook
|
Twitter
|
VKontakte
|
Odnoklassniki 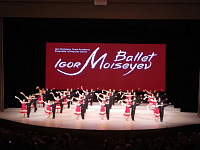 National Day of the State of Qatar celebrated in Moscow

The oldest city of Uzbekistan will become a tourist destination

Self-drive tours are gaining popularity in Vietnam and China

Tiger Day will be celebrated in Vladivostok 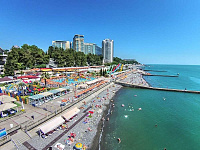 The State Museum of Oriental Art honors its Legend

In the Philippines, you can now watch movies from the comfort of your boats